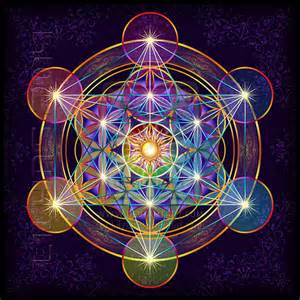 Spiritual knowledge, unlike most things, requires you to seek it out through an inner desire for it, which intuitively communicates its knowledge through the language of imagery and geometry requiring you to acquire a broad range of knowledge in order to intuitively interpret it.  It’s not stated in plain terms as something specific, because it can’t be. If it is stated as something specific, then it’s really simply one aspect, or metaphorical way of looking at it that simply introduces an idea as a concept into your mind as a form of seed, that comes alive and begins growing as a continuous process of unfolding as a dynamic series of a chain-of-associated and correlated ideas that lead you deeper and deeper into related ideas as a kind of vastness that’s ultimately connected and correlated with everything else. The entire natural world (universe) is all governed by the same handful of laws as invisible forces that organize, form, and operate the material world. All true spiritual knowledge is the practical understanding of universal laws that are active and creative in every single aspect of the manifest world.

Just as the fundamental laws are all connected and interdependent as a form of growth process that moves systematically through stages and phases of development, the knowledge represented by these laws do the same thing. Spiritual knowledge as universal laws remain alive and in a constant state of fluctuation as a continuous evolution of the same fundamental ideas going through numerous spontaneous transformations as a dynamic relationship that constantly expresses in new ways, as new variations of the same idea in every moment based on how they’re being perceived, interpreted, and applied. The spiritual realm of pure energy is not fixed and formed like the material realm, but exists in a purely potential state as infinite possibilities for the same idea (pattern) to be formed and expressed based on what individual mind tunes into it, serves to conceive of it, and forms it into a personalized version by how they imagine it and adapt it to their current conditions and circumstances to produce an actual experience as the physical equivalent. 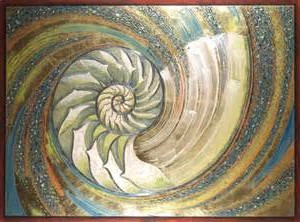 Ideas are principles that exist as archetypes (memory as dynamic living patterns) that are represented by geometric shapes (form, function & behavior) that are mathematical in nature (exist in relationships) and form a living entity (personality), imbued with distinct attributes, qualities and characteristics as it’s innate constitution. The constitution of an animated being has a form of personality in it that display distinct attitudes and behaviors, and undergo natural operations as biological processes that create in the physical world through myths or stories the personality naturally tells by how it interacts in relationship to everything else.

Principles as philosophical mathematics, structure the material realm determining how it naturally functions. The form biological matter takes on, determines what it does through natural behaviors and how it does it as a form of style or personality. Form that’s structured and animated through life-force energy, functions in very distinct ways through a kind of personality, which not only determines what processes it performs, but the quality of consciousness as characteristics that form traits for “how it does it” in a somewhat unique fashion. These principles as life-forms remain in a constant state of growth and evolution because in every moment they’re entering into relationship with everything else around it that modifies it by exchanging information as an energetic form of metabolism, reforming it to express in new ways through different combinations of information that it integrates that reconfigures it. All physical matter, though it appears solid and consistent in its behavior, remains in a constant state of regeneration that comes by exchanging information between the inner core and the outer environment, which equalizes the internal to match the external. The molecular structure of the material entity is constantly conforming to its environment as the means of survival and growth within or by way of the environment, that’s the most basic function of evolution.

Human beings, which are bestowed with a higher mind that’s creative in nature, and have the ability to modify the environment as a means of surviving and functioning within it, only exchanges energy with what’s of a similar vibration or quality of consciousness with everything around it through resonance. It forms union with ideas that can be shaped into it’s model of the world in a congruent fashion and used to tell their primary life’s story. Vibration as ideas that are too different and exist in a range that can’t be processed by our vibratory frequency, doesn’t resonate with us, and isn’t integrated as a means of modifying our vibration. Because of this law, the law of sympathies and antipathies, we tend to only grow and evolve through absorption and assimilation of the same frequency (range), and only occasionally move into different frequencies.

When we do grow in a significant manner, it’s usually not through deliberate intentions (though it can be), but by having change thrown on us through changing life circumstances that force us to resort to alternative means because our entire life situation changes, and new influences and processes come into play, that we have to adjust to by changing our most basic routines that form our daily lifestyle, which act to break the pattern set by the old routine. Frequencies can be thought of as creative patterns, where we live out of the same tendencies and personality traits that keep repeatedly creating the same type of situations that tell the same type of story over and over throughout our life. When we evolve into a new frequency, we act to initiate and actively participate in creating a new type of story that employ new aspects of our character not being used when telling the previous story.

Spiritual knowledge, unlike conventional knowledge, requires intuitive development as a means of sensing and interpreting the symbolic language it’s written in. Conventional knowledge is given to us in written, verbal language as already interpreted for us. We don’t have to form our interpretation as a unique and personal version, but simply have to accept it verbatim as knowledge itself, without ever having to think for ourselves as the means for interpreting it that transform it into a personalized version that’s unique to us. Because spiritual knowledge requires us to interpret it intuitively, we not only learn simultaneously “how to think for ourselves”, but we have to form a concept of it in our imagination that turns it into a reality as a practical application as an inner experience that becomes a form of virtual memory that acts as a form of blueprint for using within our daily lives in order to consciously create reality. Laws and principles are the tools for “how to” create life. 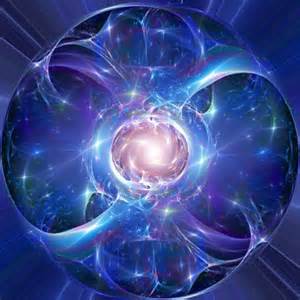 In order to use an idea, we have to have a working understanding of it. We can only understand what we can conceptualize as an internal representation that forms it as a possible outer reality or actual material object. So information that’s communicated symbolically teaches us how to think by imagining, how to conceptualize by applying to a real life scenario, and integrates the information into our paradigm as a form of virtual experience that becomes an actual memory. As we form ideas into realities that operate according to natural laws, they’re formed into memories that can be recollected, accessed and used for reference, and used as a creative tool from that point on. We acquire the information as a “paradigm shift” by internalizing it to bring it from a thought into an actual form that operates in a specific and consistent way. Knowledge as experience that forms a memory becomes a permanent and natural part of how we feel, perceive and interpret life events. It becomes a built-in process of how we naturally think.

All spiritual development is personal development as the knowledge of laws, integrated into the mind to evolve the soul, that are brought into practice to form our daily lifestyle and natural behaviors as the primary means of personal transformation. Only knowledge that’s applied and lived serves to reform us as an evolving creation. Laws and principles, which pertain to all of life, provide us with the creative tools for shaping our life by “living them”. By how we utilize them to make everyday decisions and direct our own behavior. Laws as spiritual technology provide us with the means to grow and evolve ourselves into higher levels of consciousness and vibrate at a higher frequency, as harmonious with Nature and at one with all of life. 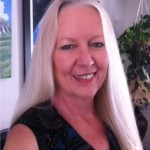 Employing Skillful Psychological Tactics as a means of Creating in a Conscious Manner
When I began teaching psychological skills for being able to create in your life with full awareness of what you ...
Projection is an Absolute Science – “Unveiling Hidden Aspects of the Subconscious Mind”
The idea of “projection” can be difficult to understand in the practical sense because most of us have no real awareness...
Intuition – Clairvoyance, Premonition, and Attaining Higher Knowledge
Intuition forms what we tend to call our sixth sense, which comes predominately as a “feeling” or sense we have about s...
Resolving the Imaginary Controversy between Science and Religion
Is God and Nature Different Ideas? Though science and religion seem posed against each other throughout our modern ...
How to Consciously work with Subtle Energy
In order to work with an idea at the practical level we have to form a working concept of it that serves to illustrate ...
Energetic Imprinting, Conditioning, and Dynamics – Liberating your Soul from the Unconscious Tendencies that Bind You
Our soul is comprised of essence as memory that comes from the relationship it forms with the body, which resides in a p...
Creating a Vision for your Life – Choice, Will, and the Power of the Imagination
While many of us may say or feel as if we have a vision for our life, it’s usually more of a vague story that we kee...
Reincarnation and the Soul’s Journey through Time – The Holographic Nature of Reality and the Illusion of Time
During my education for my doctorate, of which my Bachelor of Science was in Clinical Hypnotherapy, I came face to face ...