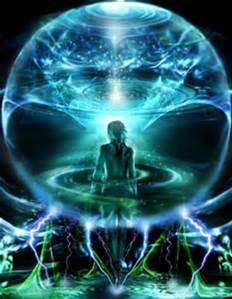 We don’t perceive the outside world “as” it actually is, a part from us, but rather by reshaping it to be like us. What’s being observed and the person doing the observing are a part of the same event, and together form a new creation. There’s really no such thing as an objective reality in the ultimate sense, because it’s perceived by an individual mind that reshapes it into a “subjective reality” by conforming it to the paradigm of the mind conceiving of it. Our mind exists as a subtle energy field that vibrates at a certain frequency and forms a “model” as a dynamic pattern that’s used to view the external world through as our perceptual lens that acts as a filtering system that abstracts only what’s of the same vibration or nature as it is, and then reorganizes that information into a new form by emphasizing some things while down playing others, reshaping how it appears, forming an internal representation of the outer world that’s used in place of the actual outer reality.

We’re never actually acting on reality as it is, a part from us, but rather on the internal representation (IR) we form of it. Our mental paradigm or “model of the world”, which is formed primarily out of beliefs, values, preferences, attitudes, memories, temperament, predispositions, etc., act as a filtering system through resonance that looks at any situation and only sees and abstracts (brings out) what’s of the same nature (belief, value, preference, etc.), that can be readily formed into the image and reality of our belief system, then acts to “reform” these aspects to fit our beliefs by emphasizing and exaggerating some aspects, while minimizing and ignoring other aspects, forming an idea in our mind that’s used in place of the outer, neutral reality. As we perceive, we reformulate and form a unique interpretation of the outer world as an internal idea that we then superimpose over (look through) in order to navigate the external world and create our own, personalized experience of it.

The IR that we use in place of actual reality is formed when our energy as vibration that’s directed through attention, enters into matter (material reality) through sympathetic induction, resonating only with what’s of the same vibration as a quality and characteristic, that it then harmonizes with, forming a unified and coherent vibration as a new variation of both. The two (outer and inner) begin vibrating in harmony with each other, modifying both into a slightly different version of the same idea. This process of transformation reshapes the outer object into an inner representation of that object as one possibility or as a personalized version of a universal idea. This is represented in Sacred Geometry by the Dyad, where one mind-field as structured consciousness enters into another “through” shared qualities (similar patterns), and forms an interference pattern that amplifies and accentuates some qualities while canceling out or contradicting other ones, reshaping the shared qualities into a new pattern as a unique version, while maintaining the overall theme inherent in the shared qualities and characteristics.

This merging of the same frequency together and remixing itself into a new vibration, known as an interference pattern, births a unique version as an internal representation comprised of shared qualities between the inner and the outer, birthing the triad. The triad, as an inner, personalized version of the individual and universal, forms a triangle or pyramid (one as a dual nature), which is then reflected or projected outward, reshaping the outer world to match the inner world of the mind (vibratory frequency) which creates it. This reflection of the triangle, forming another triangle, forms a diamond or square as the Tetrad, symbolic of the material world as created by the internal world of the mind. This is the basic law of “mind over matter”. The mind literally changes how matter appears by reformulating it. While we tend to think matter is solid and fixed, it’s actually not, it’s comprised of light (visible) and dark (invisible) energy that’s always morphing and fluctuating through the relationship it forms with the individual mind interacting with it.

The stuff of life, known as particles or the Prima Materia, is actually comprised of photons as light or astral substance (star stuff), that serves as a vehicle or housing for consciousness (mind), and exists as both a wave of pure but unexpressed potential, and as a particle that formed through the individual mind resonating with one of its potential states as a possibility for reality, and this form of natural selection as resonance “collapses the wave of infinite potential” around one possibility by shaping it into an internal reality as an imaginary representation of it. This representation as a specific expression and creation, is actually a symbolic representation of the whole as a theme, and is used that way by the subconscious mind, which uses it to form associations with what’s of the same thematic idea in everything around us, whereas the conscious mind tends to differentiate it and thinks of it in literal terms instead of as an analogy. However, the relationship between the inner and outer is one of correspondences based on thematic patterns, and is incredibly versatile and dynamic in nature.

Once one possibility (out of an infinite number) is formed in the individual mind through resonance and coherence, creating a new pattern as a fractal pattern (offspring of a larger parental pattern), it uses it in place of actual, neutral reality as a form of map, or as the means for traversing and maneuvering the outer reality. This personalized version that’s used in place of actual reality forms what we call “illusions of reality” that we mistake as real or actual. Of course we don’t realize we’re doing this, and so we further mistakenly believe that we’re perceiving the same reality as everyone else, and even when it becomes apparent we’re not, we call our version the “truth” or “calling it like it is”, rather than being able to truly comprehend the creative power of the mind to reshape basic elements, making them appear different by morphing into new forms. When one person holds their version of reality as being right or better over another, they’re demonstrating that they don’t recognize this law of vibration, and believe everyone who doesn’t agree with them to be delusional or mistaken. Most, when they do realize that everyone is seeing things in a different way, will then try to convince or introduce evidence to get the other person to agree with them by being able to “see the same thing”, which validates and supports their version of one possible reality, making them feel secure in themselves. The more we can get people to agree with us, the more solidly trapped in our own illusions we become. 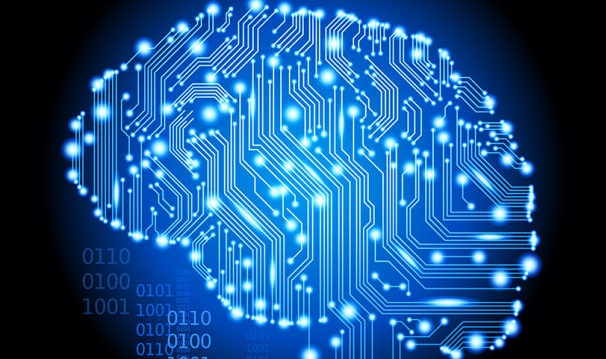 Even if we’re quantum physicists and we’re observing the same outer phenomenon, the only way we would have of knowing whether or not it was real or true, is if two or more people “appear to be seeing the same thing” in terms of describing it in the fundamental sense. The term “illusions of the mind” is used a lot in spiritual texts because it’s a natural function of the mind to shape reality according to its paradigm and belief system. Whatever we believe, whether actual or not, we can “see perfectly” as an actual reality. Whatever exists outside of our beliefs, or that would act to contradict and disprove them, and can’t be explained or validated using our mental paradigm, we honestly can’t see. Our mental vibration is our lens and filtering system for seeing only in the outside world what can be symbolically represented as an internal concept. If we can’t form a working idea of it, we can’t conceive of it, and we can’t actually comprehend or understand it. This is why in science, for example, it does no good to ask one scientist to validate or agree with other scientists theories, when they’re operating out of different paradigms. One paradigm is not necessarily superior to another (although sometimes they definitely are), but just different and forms a different idea out of the same information.

The only thing that grows, expands, and evolves our mental paradigm, allowing for greater and more encompassing perception, is by learning and incorporating new forms of knowledge through the experience of it, which serves to upgrade and modify our paradigm to be able to see greater and more elusive forms of truth. Once we’re able to conceive of an idea through an imaginary process of internal representation that gives us a working understanding of it, the internal model serves as a theoretical model that provides the means for applying at the practical level through experimenting, to create the reality it implies. We only truly know by doing, and the experience created through application and practice, is what integrates the knowledge into our mental paradigm, altering its vibration as an expansion. As we contemplate new ideas and bring them into practice somehow, creating an outer reality as an experience with them, we turn them into an art form, and they become a permanent part of us as memory, and we can readily perceive them all around us in a completely natural manner. We only grow and develop by incorporating knowledge through practice which instills it in us by becoming “one with it” in mind and body, and by becoming the channel of expression for it, it becomes and remains a permanent part of us because it’s ingrained in our subconscious mind as “personal memory” as an integral part of the very structure of our mind, which is eternal in nature, and everlasting.

Personal Transformation – Breaking Perceptual Patterns by Learning the Lesson they Hold for You
All of what we traditionally refer to as “karma” comes out of our mental paradigm that forms our perception of the outer...
The Right Understanding of the Subtle Body and how to Work with the Chakra System of the Etheric Double
The most common way the subtle body is represented in the West is through the chakra system where it's viewed as a chai...
Conscious Relationships that Serve your Spiritual Development
Spiritual Sciences, which is all about personal growth and development, doesn’t view the idea of relationships in the sa...
The Dyad and the Primary Law of Relationship
The Dyad Demonstrates the most Fundamental Law of the Universe . . . . All geometric shapes that make up Sacred Geometry...
All Perception is Self-Perception – Projection, Energetic Entanglement, and Morphing
What we Think of Others is a Reflection of Ourselves in them   The true nature of what we refer to as “percepti...
Multiple Personality Disorder - The Soul’s Ability to Create the Body and Reality
While we can look at the placebo effect all day long as a means of attempting to understand the minds ability to sha...
Becoming more Conscious: How we Replace Reality with Illusions
When we say that we tend to live a life of illusions that we mistaken for reality, many don’t know for sure what this me...
The Subtle Plane of Astral Light and the Akashic Field of Memory
I'm not going to talk about or attempt to explain this idea in scientific terms or as a kind of living-technology, beca...