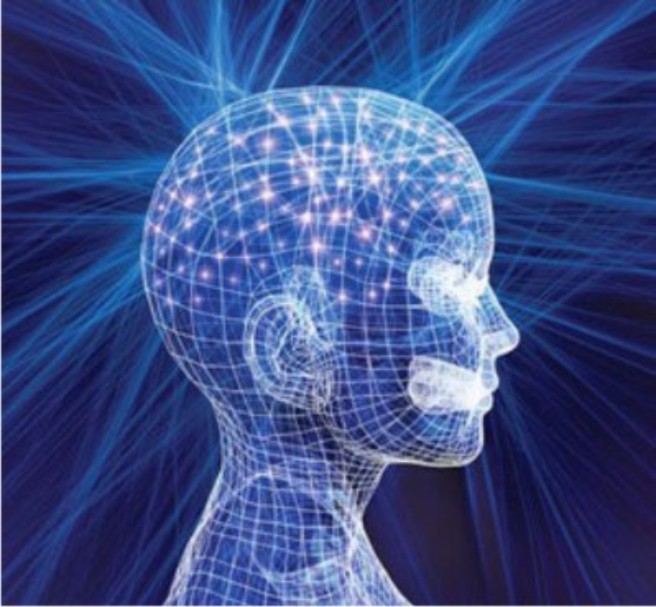 We know that in order to use our mind to create experiences, we have to work by way of the laws that govern the mind. The mind operates according to these laws, and so to use it as a tool for creating in the physical sense by “operating it”, we can see these laws as giving us instructions for using our own mind in a deliberate manner. While we can easily see law in terms of “cause and effect”, or action creates an equal and like reaction, we often fail to recognize and even subtler idea as the operation of law, which is the unification of laws as aspects of the mind that produce physical reality as a “growth process” or offspring of an idea. In the mind’s ability to create or directly influence material manifestation, we are always working with the 3-fold nature of the mind as the higher conscious, the subconscious, and the self-conscious mind. In order to direct energetic processes to produce physical manifestations within our own being and self-created reality, these three aspects have to be in alignment and all working in a unified manner to produce different aspects of the same idea as a co-creation.

If we set a goal for ourselves that requires us to willfully produce it through behavior or actions of some sort that we deem productive and health promoting, yet the idea of it creates an “experience” of suffering and struggling in doing it, then what we actually produce as a physical manifestation is the reality that’s an equivalent correspondence to “suffering” and we continue to struggle with actually doing it. If, for instance, we decide to quit eating meat to improve our health and lose weight, yet, in refraining from eating meat, we crave it, think about it, and continue wanting it, we create an experience of being a vegetarian as hard, always craving what you can’t have, having to discipline yourself constantly, and suffering in order to do it. We continue forming positive internal representations around the pleasure of eating meat, while simultaneously associating feelings of deprivation and struggle to the idea of eating a diet void of meat.

How we use our mind to form an internal representation of an idea also determines how we experience that idea. It takes the idea, forms it with associated thoughts as an internal image, which triggers an emotional response to our own imagining as “body chemistry” that forms a physical manifestation as an experience of the imagined idea. Our emotions are chemistry in our body produced by hormones that alter our state, unifying the body with the mind, which produces a pronounced affect on our overall health as the energetic stimulation of chemistry which undergoes biological processes as a result of the chemistry. In this sense, the mind stimulates the body which aligns with it as a “state of mind” that bridges an idea (higher mind), with thoughts that form it in the imagination as a conceptual reality, producing and emotional response, which matches the body to the same vibratory frequency as the thoughts, and produces the behavior that acts it out, making a reality out of it. 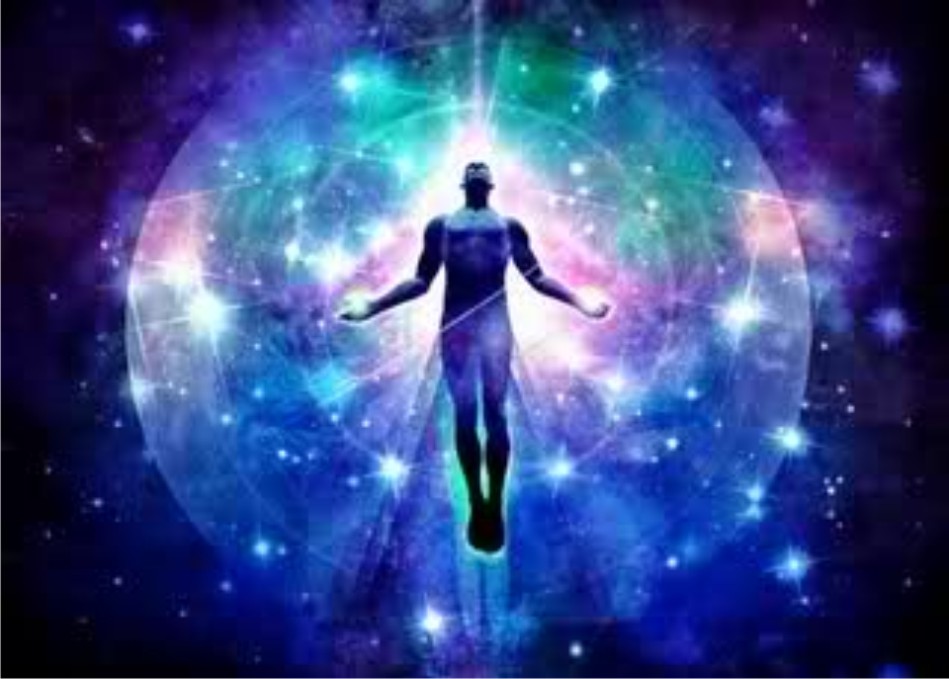 The mind has the ability to direct the electrical and chemical processes of the body, and can transform the normal biological affect a food has in our body by the feelings, thoughts and emotions we associates to the food. This is especially true when the thoughts are about the health affects of the food on the body. Whatever belief or idea we hold about the food, for example, determines to a large extent the actual affect it produces. So if you’re trying to make behavioral changes to improve some area of your life, but you’re creating an experiencing of suffering around it by continuing to form positive and pleasurable associations to the behavior your quitting, and haven’t formed a positive association around the new behavior you’re replacing it with, and as a result you’re struggling and suffering with the idea, you’d be better off not making the change at all, because what you’re actually going to create is the reality as the physical result of your suffering.

Instead, by realizing this 3-fold nature of the mind which must be unified around the same idea, you can work more productively by forming an internal representation of the desired change (reality) associating very positive emotions to it that make it compelling, while also forming a negative internal representation (usually as an actual realization that’s embellished) around what you’re eliminating by replacing it with the new behavior. The mind always moves “towards pleasure” and “away from pain”. By forming a very positive idea as an experience of the desired behavior, you can create an experience of joy and empowerment in doing it. You envision the desired outcome it’s going to produce as an experience. When you think about the old behavior, it’s no longer appealing or tempting.

I used the example of a dietary change to illustrate the idea, but this pertains to any form of change you’re making in your life. You want to always notice what type of experience you’re creating in making the change. Notice what idea you’re associating to both. Notice how you present the ideas to yourself internally by how you imagine them, by how you think about them. Work to form the representations as a chain of associated ideas to one that makes the behavior you’re giving up unappealing, disgusting, repulsive or painful in some manner, while forming a very positive association to the behavior you’re replacing it with that makes it very desirable, pleasurable and rewarding.

Also, allow yourself to realize that any time you’re giving up a habit, and you form a heightened awareness around it as a result of working with it in a direct manner, the first thing you’ll experience is all the reasons you had for developing and maintaining the habit. As we begin eliminating it, changing what we normally do when engaging in it, we notice all the things that triggered the behavior, and in abstaining from it, we feel an awkwardness around it, because we often don’t know what else to do in its stead. We then go through a period where we miss it. When we miss something or someone, we tend to focus on all the things we liked about it, and forget the bad. But this is only a stage that will quickly pass with the implementation of new behavior in its place that becomes stimulating because it produces a new experience as a new sense of your self. Change and a sense of newness allow creativity and forming new loves instead of clinging to the outworn feeling of old ones.

When we decide to make a change by transforming old behaviors into new ones, we have to form in our mind the outcome or end result the change will bring. We have to form the reality of the outcome in our imagination as the experience of it. We have to set an expectation for the outcome, and direct all our actions into it. We have to prepare for it, anticipate it, and rehearse it. We have to always think of it for the reward it’ll bring once it’s a reality, and recognize that we produced it through our active use of choice and will power. We chose the change as an outcome, formed it by imagining it as a possible reality in our mind, giving us the strategy for creating it, then willfully acted it out, giving us a new experience of ourselves as the true creator of our own life. This is the true power of your mind to create your reality, while self-creating through the same means.

The Formula for Producing Change:
1. Decide what change you’re going to produce as an outcome or actual reality.

2. Form it in your imagination as an actual experience – what are you seeing, hearing, feeling, smelling, tasting, and what are you telling yourself about it?

3. Associate positive feelings and emotions to it. Form a series of associated ideas to it that are all positive and compelling.

4. Create an affirmation as an anchor that you can use to redirect your mind in the moment to form the desired focus necessary for the new behavior.

5. Realize what actions you need to take to actually do it or prepare for it.

6. Recognize what behavior it’ll be replacing and what internal representation you have associated with it that makes it desirable. Reform that representation by associating it with negative ideas and sensations that make it repulsive or painful somehow.

7. Notice all the times when you have a tendency to do this behavior. What prompts it, acts to trigger it, or what events cause you to naturally engage in it.

9. When or if you start missing the old behavior, redirect your mind to all the reasons for giving it up, and think about what you’re going to do instead and how much better its going be.

11. If you relapse at any point and give in to the old habit, don’t feel disappointed or beat yourself up, or continue with old thinking you failed with the new. Simply refocus your mind, pick up where you left off, and continue practicing. At some point, the temptations will begin residing and you’ll start to forget about them. Or if they do come up, they begin taking on an abstract feeling and they’re easy to resist.

12. Sometimes relapsing is a good thing, because in doing the old, it actually makes you feel bad.

Don’t expect change to come over night. Creating by transforming is a process that requires focus, patience, and perseverance. You have to dedicate yourself to constant and never ending growth. You have to develop a mindset of being empowered in your own life by being able to consciously determine your destiny through your ability to create the life you desire by making more conscious decisions while exercising the willpower necessary to produce them as a reality.

The Shadow and the Ego – Self-Creation and the Art of Personal Transformation
The soul exists essentially as threefold in nature between multiple planes, and as “dual” in nature ...
The Art of Self-Creation and the Power of an “Ideal”
In order to “create” something in a deliberate and intentional manner, we have to start by formulati...
Understanding the Nature of Emotions and how we Create Reality out of Unconscious States
We can gain a clear understanding of the nature of emotions and how they work in our life to control...
The Monad – The Primary Law of the Mind
“The Electromagnetic Sphere of Consciousness that forms the Individual Mind of the Soul” The Monad i...