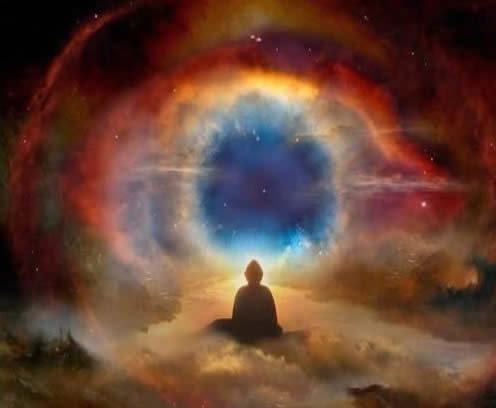 Many have heard that the Pineal gland or what is commonly called the “3rd eye” is what they refer to as the body’s inner stargate. While this is certainly a cool and intriguing idea, many don’t know for sure what that actually means in practical terms. The Pineal gland is the small, pinecone shaped endocrine gland that is positioned in the center of the head (brain) just above the bridge of the nose and is positioned approximately in the middle between both our physical eyes in the lower region of the forehead. The physical location is important to know, because in order to consciously work with any area of the physical body and act to cooperatively guide natural processes, we have to place our attention there. When placing our attention in this region while relaxing and focusing “inward” we stimulate the pineal and enhance its natural activity to form inner visions. Attention, as a general rule, is a stimulating force of the mind. Whatever we place our attention on and begin thinking about, we activate a natural process of unfolding as an inner experience.

To access this region of the brain in meditation, you place your attention on the center of your head between your ears and the front and back of your skull and with your eyes closed, act as if you are looking straight ahead just above eye level. In hypnosis, this eye position is a primary directive that helps induce a trance-state by activating the imagination through attention that directed inward. The Pineal gland, our ability to form “inner visions”, or what some call the “mind’s eye” is the seat of consciousness where we create internal visions by simply clearing our mind, tuning into the energy around us at any given moment, while surrendering our need to control or direct the flow of thoughts and instead allow thoughts to arise as colored images that spontaneously rise up, move, form, and evolve into a variety of shapes before dissipating. 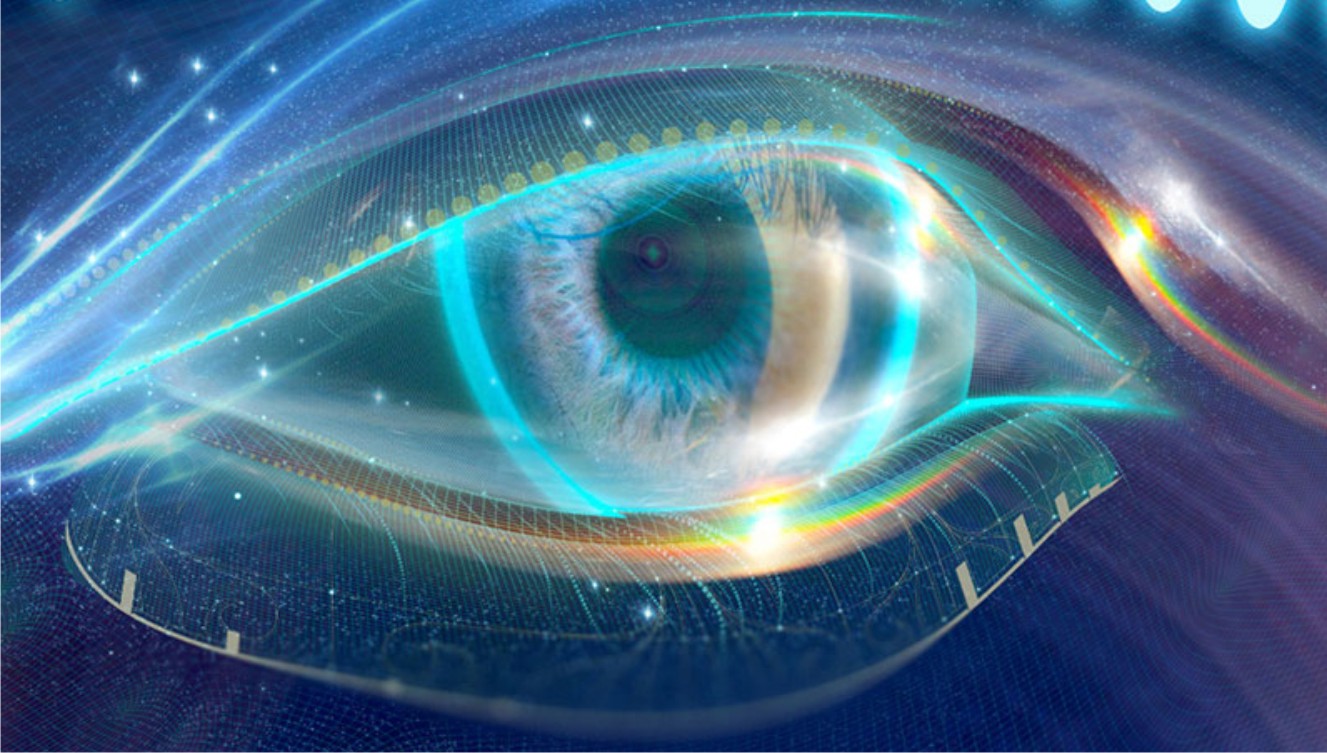 The Pineal gland as part of the Endocrine system of the body, acts in a synchronized fashion with the pituitary and thalamus glands to regulate the other glands. The Endocrine glands are the ductless glands that secrete hormones directly into your system via the blood stream, that act to naturally regulate processes and your state of mind. Hormones are chemical messengers that saturate your body and are experienced as feeling- emotions and physical sensations that alter your mood according to your environment or in response to your own thoughts. Effects produced with Pineal gland literally regulate, alter and shift the chemistry of your entire body forming a series of natural correspondences. In transformative psychology various forms of mind control through practices such as meditation, hypnosis and prayer, serve to literally transform the physical body by way of this specialized use of the mind. Masterful use of the imagination and its natural ability to guide energetic biological processes while simultaneously shifting the state of the body as a unification to the reality created in the imagination, is a key component to all Magical Arts.

The Pineal gland, popular in all mystical traditions, is considered the gateway through which our soul as our energetic essence enters and leaves our body. It is directly associated with birth, expression, transformation and death. It is evolutionary by its very nature. It is considered the biological basis for mystical states of what’s called “bliss” and the experience of transcendence. Bliss describes a euphoric state that occurs when the sexual energy of the body has been activated and used to expand, enliven and excite the rest of the chakras (energy centers of the body). When the sexual energy, first stimulated in response to our thoughts, is allowed to build, then consciously pulled up into the other chakras and eventually into the thought process itself, it serves to greatly enhance the emotional quality of the thoughts by filling them with sensations of excitement, expansion and an energetic quality of rushing while seeming motionless. The thoughts become prismatic dancing light forms that hypnotize the mind with their intoxicating beauty that create a feeling of wonder and awe. They entertain us, and we simply observe them while in a passive state. The feeling it gives us is experienced as extreme pleasure that begins expanding and filling us to the point of exploding, much like the experience of a sexual orgasm.

It is the chemistry of consciousness that spontaneously produces a corresponding physical experience through resonance as atonement. It is also what creates the supposed hallucination associated with the “near death experience”. This is because, when fully stimulated and active, the Pineal gland secretes a chemical called DMT which is a natural hallucinogenic. This may be because in order to transcend this fourth dimensional reality, we have to literally change the chemistry of our body in order to perceive higher realms of existence. The pineal, which also regulates all rhythms and cycles of the body, is stimulated to secrete DMT through “darkness”, and is what is also considered to be the means of our dreams while sleeping. When we close our eyes, shutting out all light and turn our attention inward, we activate the secretion of DMT and begin forming inner visions that are common to meditation and hypnosis. These inner visions are compared to “hallucinations” because they are primarily formed of “light images” that are prismatic and intense, and take on shapes that are considered “other worldly”. When you stay with the visions and continue moving into them, they evolve into a form of lucid dreaming that’s very dynamic and emotionally intense in nature. While we associate this “dreaming state” to a hallucinogenic effect, the fact of the matter may be that it’s also what produces what we call our “waking reality” that we consider “real”, and therefore not a dream. 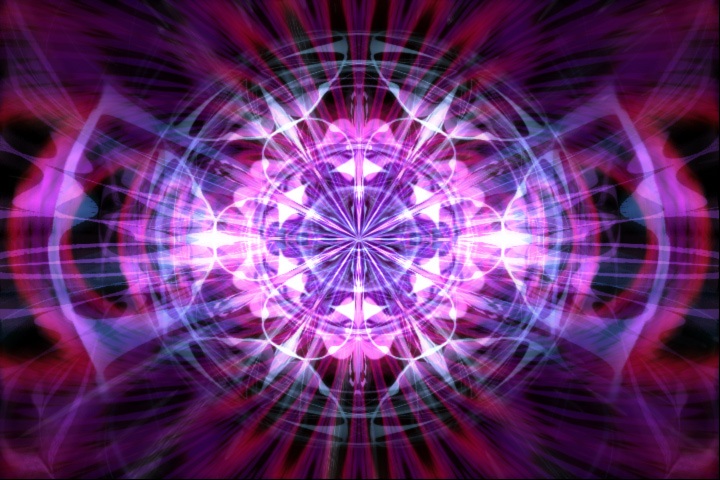 Our body in its current state is only capable of perceiving reality based on what is naturally stimulated and habitually used in our day-to-day experience by how we have been trained to use our mind. Many people, even with what we would consider a high level of mastery in learning to become awake in their lives and use their minds in a neutral manner to form higher perceptions, when having to “come down” and function in a normal day-to-day situations, greatly limit their ability to perfect this aspect of their mind. This is largely due to the fact that in order to perceive higher realms of existence, we must retrain our mind to fundamental paradigms that do not apply in other realms. Planes of existence all operate within specialized Laws that are only applicable and functional within that plane. Very few people have achieved mastery of their own mind in our current dimension and fail, for the most part, to even be able to grasp or conceive of higher realms or different dimensions. While many of us do have experiences of altered states that are moving between planes, most don’t really understand what’s happening and so attribute it to other things and never actually identify it for what it is. Because consciousness is about awareness, this feeling of confusion and no clear definitions of what alternate realities feel like when we experience them, leads to a fundamental form of ignorance around mystical practices.

The Pineal gland naturally calcifies with age and by consuming the neurotoxin fluoride. Fluoride deposits and accumulates in the region of the brain around and in the Pineal gland making it dysfunctional. Other chemical food additives (MSG, aspartame, etc.) as well as heavy metals and mercury are known to cause neurological damage by targeting the hippocampus and hypothalamus, causing depression, memory loss, and the inability to concentrate. Because the Pineal also produces serotonin which regulates cycles, and works in conjunction with the thalamus and hypothalamus to regulate our “desire” for areas such as thirst, hunger, sleep, sex, and other desires that produce the drives that motivate human behavior as a means of self-fulfillment, this can create a lackluster life of poor motivation, boredom and low grade chronic depression due to feeling unfulfilled in the most basic sense. The calcification of the pineal, which also acts as a form of “antenna” for receiving communication from higher, purely energetic realms, not only cuts us off from our higher source of consciousness, but cause insomnia, and reduced “dream sleep” which ultimately causes psychological problems and mental / emotional weakness.

While Pineal gland is a natural part of the human body and functions naturally to a certain extent, like all areas of the mind, we must learn about it and practice using it to not only activate, develop and strengthen it, but also to learn how to use it intentionally and with great precision. As with all mind development, it begins by creating a natural state of relaxation and with the daily practice of meditation that is designed to master particular areas such as allowing thoughts to flow unimpeded, emptying the mind and creating a void to allow for the transmission of thoughts as energy, as well as concentrating on a single idea without distraction for extended periods of time. All meditation is ultimately a form of concentration that forms a “single-mindedness” where we form union with a higher source and expand into an energy field of pure potential that is greater than ourselves, losing all sense of ourselves, and therefore all sense of being “separate”. Mind development requires patience and commitment because we only learn by doing. All spiritual knowledge is received through direct experience as a form of union and transmission. All development of any kind comes only by way of daily practice.

DNA Transformation – The Law of the Tetrad
The Universal Laws demonstrated in Sacred Geometry provide us with the practical tools for learning how to use our mind ...
The Art of Setting Goals and Manifesting your Dreams
Setting goals and “dreaming” is one of the most primary ways we use our mind to create realities. While “task oriented g...
Understanding the Nature of Emotions and how we Create Reality out of Unconscious States
We can gain a clear understanding of the nature of emotions and how they work in our life to control us by simply observ...
Divine Providence – Intuition, Fate and Destiny
The idea of Divine Providence, like fate and destiny, indicates that there’s a grand plan laid out for our life and that...
The Law of the Tetrad – How we Manifest and then Act to Evolve our own Manifestation
In Sacred Geometry what's known as the Tetrad represents the principle of material manifestation. The Tetrad correspond...
Learning how to Operate your Own Mind - The Power of Questions, Wondering, and Curiosity
One of the best ways to Learn how to use the Power of Attraction, is by Learning how to ask Meaningful Questions We’ve a...
The Holographic Principle – Our Etheric Blueprint and the Nature of Memory
All of what we call “universal principles” operate as a coherent creative process that creates on multiple scales and p...
Human Will as Speech directs the Forces of the Subconscious Mind
What we symbolically refer to as the “serpent power” in esoteric sciences is the Astral Light of the Formative planes t...