The Monad is represented in a geometric form as a sphere or circle with a dot in the center, symbolic of the inner expanding and extending to become the spatial sphere of the outer. The information of the core, germ, or brain expands equally in all directions and fills every aspect of the space within the sphere (atmosphere) with the same information (hologram). This is the model of the conscious, active mind, seeding and programming the fertile subconscious mind of the material plane. Words that are spoken inwardly as thought act as a seed that’s conceived by the imagination of the subconscious mind, where it’s shaped into the form indicated by the “meaning” of the word. The meaning of the word is developed into a sensory form with emotional attributes and qualities, giving it distinct characteristics,  and it becomes a “etheric shell” (phantom-like holographic image) for drawing in the dark flame (invisible) of life-force energy, giving rise to an electromagnetic field, which acts as both a magnetic, contracting field, and an electric, expanding field. With words we engrave signs into the astral light that forms them into a hologram as the vibratory frequency of the form. As we cast an image into the contained sphere of the mind, it becomes the perceptual lens that we look through seeing that same idea in the reality around us, and connecting to and interacting with it.

The Monad also represents the Law of fields nested within fields. A core or germ as a central field that spontaneously births or gives rise to a greater field of the same nature, forming a kind of hierarchy, where the outer, greater field contains the entire smaller field within it, while being dependent on it as the foundation for its existence. All laws emerge out of a primary law as a synchronized process of growth and development. The brain (organized information) forms the membrane as the outer body, and the membrane becomes the brain for the next membrane. All dimensions exist as membranes that are nested within and spontaneously produced as an outgrowth by the series of membranes that preceded it. All reality comes as layers upon layers all produced as a spontaneous growth process where all are supported by the one that precedes it and acts as the foundation for the next one to naturally rise out of as an outgrowth or extension.

Our will is an active force that engraves signs as living images into the heavenly sphere that surrounds us (mind), as a dark flame (invisible field) that begins forming a fog-like essence of astral (star) light into an empty form that will serve as a vessel or vehicle for consciousness to embody, give life to, and express through “as” the nature of the form. Words as an idea spoken inwardly as thought (internal dialogue), impregnates (seeds) the imagination of the subconscious, which is the material forming mind, where it gestates and is steadily grown and developed into a well-defined form that resembles a ghost-like, neutral image of grey tones, that’s then imbued with sensory attributes that give it properties as radiant colors that act to “draw in” and give rise to an electromagnetic field, which further forms and stabilizes the image while magnetizing it with emotions. Once an idea possesses an electromagnetic field and is cast into the ether surrounding the body, it extends out becoming an inherent part of the outer environment (membrane), while becoming an inherent part of our “perceptual lens” as a filter that we look through, and we “see it” all around us and naturally gravitate towards it in our immediate environment. 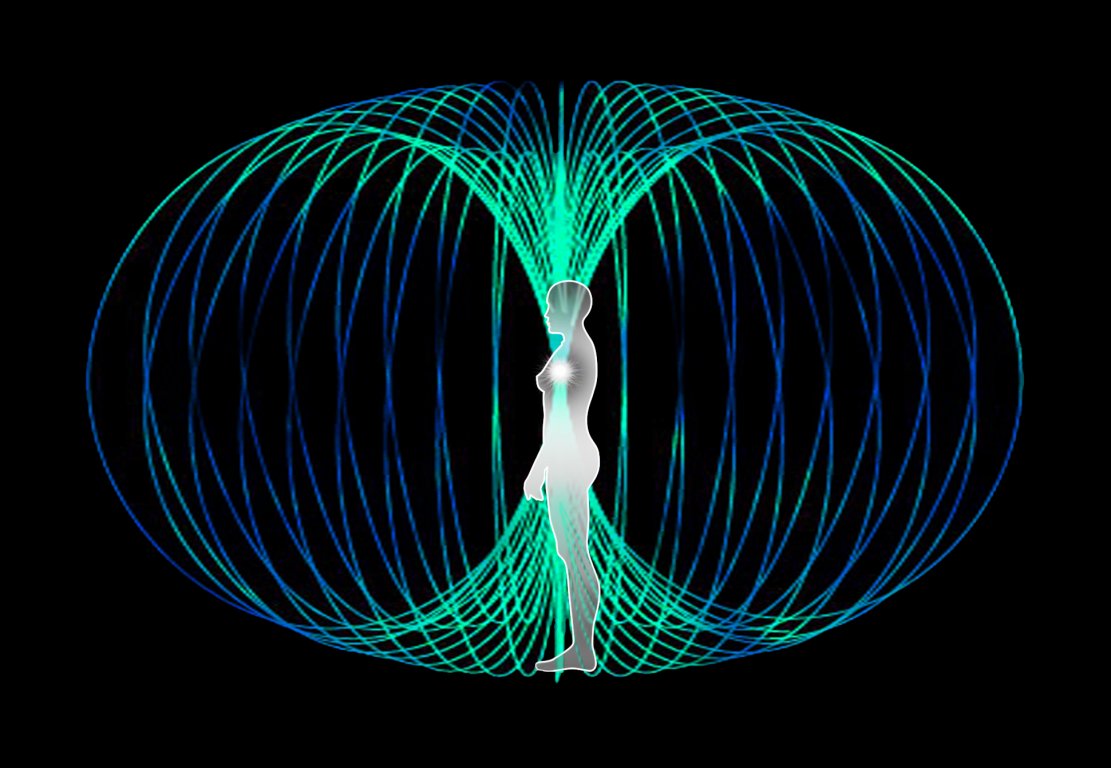 As it blends into and becomes a part of the membrane of our mind as a perceptual field, it then acts as the basis to form and extend itself even further, seeding and becoming a part of our immediate environment as a regional membrane (greater mind), and so on, until it becomes an inherent part of our everyday, extended reality. The mind creates reality as a rippling effect by propagating waves through the ether that reorganize it through resonance by what’s “turned on”, stimulated and brought forth into active expression, and what’s “turned off”, and recedes and disappears (All physical form is created by the same laws that operate DNA). We don’t necessarily act to create or actually manifest the physical world around us (although we can), which exists in an objective and neutral state devoid of meaning and containing all possibilities for any version of reality, but rather to influence, rearrange, and manipulate it into new forms as a primary means of self-expression and creation that’s outwardly expressed as actions.

In the purely spiritual and mental state of cause, thought is an active force and serves as the basis for all material creation, which has no will of its own. Likewise, the subconscious mind of the material plane has no will of its own and is passive and receptive in nature, and produces all behavior in an automatic fashion as instinctual impulses that are motivated by emotions. On the material plane emotions are equivalent to thought on the higher mental plane, and act to produce creative activity without a thought process of any kind and void of intention and purpose (in the personal sense). Thought as an idea only creates on the material plane by merging into the astral plane of feeling sensation and emotions, which is what acts to organize the life-essence into the form of the thought, giving it sensory attributes that invoke feelings as internal sensations that call forth the equivalent and complementary emotion as a chemical reaction that alters the state of the body to be of the same nature as the emotional idea. 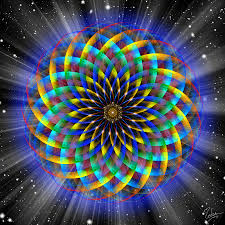 A “sign” (idea, symbol, metaphor) willfully cast into the ether of the lower mind through desire and intention, forms a etheric body as a holographic shell that acts as a passive receptor for an electromagnetic field that stabilizes the image into a seemingly solid form where it serves to attract the active life force and consciousness,  which acts as the brain or mind that rises up out of it, surrounding it with an extended field, forming the reality as the congruent outer environment necessary for it to exist as an outer atmosphere or membrane, that becomes the basis for producing a series of membranes (dimensions) as an inherent part of the (pre)existing reality. The higher mind, drawn up from within, casts an image into the electromagnetic field of the lower mind of the body, where it’s conceived by the womb of the imagination, and becomes the basis for producing an equivalent corresponding life-form as an inherent part of the outer reality from which we “experience it”. Through the experience of it we “acquire it” as memory, which acts to shape us by way of its integration.

What rises up within us as a mental impression that forms our state or mood as the experience of it that we create internally by thinking about it, becomes our vibratory frequency. The union of thought and feeling in the imagination form experience as an emotional state that regulates the vibratory state of the body, which forms the outer reality as a state-in-form. What we think, feel, imagine, and project, we perceive as a natural part of our outer world. Whatever mood or mental state we’re in based on the thoughts and emotions we’re living through, serves to attract and stimulate that same mood or state in everyone and everything else (resonance), calling it forth into active expression. We then perceive them through the same state and as possessing the same qualities of that state, then interact with them creating the “experience” of that state made manifest (outside of us), and absorb it back into ourselves as memory.

Whatever state we vibrate at, based on our thoughts, feelings, and emotions (which always go together) that we entertain and become a vessel for expressing in the world, we use, whether unintentionally through a lack of awareness or a seeming inability to control our thoughts which run repetitively in an habitual and haphazard manner, much like a default mode, or whether intentionally by deliberately choosing and embedding our thoughts as internal dialogue in an intentional and purposeful manner to consciously create ourselves through the experiences and memory they produce. Our thoughts as words spoken internally, act in the same manner as the original creation (all of life was called forth by the spoken word), call forth the reality of the thoughts as our perception and experience of them in the outer world. First by “informing” our body as the equivalent of our thoughts as their garment or outer image, then as our immediate environment and relationships, which all express and are corresponding analogies of the same idea played out on a larger scale through a variety of dynamics, all of which maintain the same meaning and provide us with the same type of experience that we use to carefully fashion ourselves by way of the memories they afford us.

Self-Awareness and how we Become Who we are – Realizing the Nature of Relationships and Exercising the Power of Choice to Self-Cre...
We’re all in the process of “becoming” in life through a constant interaction as an outer stimulus that causes an inner ...
Understanding the True Nature of Loving Yourself as the Prerequisite for Loving Another
The idea of self-love, like all truly profound ideas, exist in a basic state of paradox, and can be a bit difficult to u...
Humility – Dissolution of the False-Ego and Masterful Liberation of the Soul
What has historically been called the “ego” may be more correctly referred to as the “false ego”, because the term ego i...
Alchemy and the Process of Initiation – Transformation and Growth through Challenges and Ordeals
The ancient art known as “Alchemy” dealt with the idea of soul purification and self-creation through masterful use of t...
A New Way for Understanding the True Nature of your Mind and Soul
It’s interesting to notice how modern science and psychology are acting to steer us away from our own true spiritual na...
The Art of Modeling – How to Consciously Create Yourself
Our most basic ability to create in life is our ability to self-create by intentionally developing our cha...
Employing Skillful Psychological Tactics as a means of Creating in a Conscious Manner
When I began teaching psychological skills for being able to create in your life with full awareness of what you ...
We Only Cultivate Spiritual Powers through Live Experiences
One of the greatest forms of self-delusion that we’re all prone to comes through our natural tendency to create a “fals...