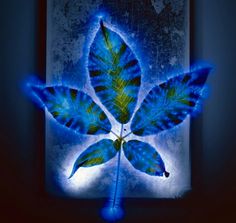 There’s always an interaction going on between Consciousness, Energy, and Matter


One of the easiest ways to really understand this idea is by recognizing the most basic law governing the relationship between energy and matter as passive and active aspects of each other, and vibration that programs substance with qualities of consciousness, which through resonance, sympathetic induction, and coherence alters the state of the material object being “inhabited” by consciousness. Primal matter doesn’t have any “life” of its own, and only lives by way of the consciousness that first constructs it into a physical form which then serves as a receptor or vessel for it. Consciousness infuses matter with a program as patterning (vibration) that it acts as a carrier or vehicle for. Matter has the ability to “take on” and store information as intelligence of the consciousness it comes into contact with it, is being  transferred into it through touch (handling) and mental projection (what you’re feeling and thinking), or of that which exists in near proximity of it as a form of transmission. We have chakras or strong energy centers in the palm of our hands, that infused whatever we handle and hold with our consciousness as a state of mind.  Not only is the food we eat itself important in terms of nutritional quality, and the method used to prepare it (which further alters its chemical state), but also the “spirit or consciousness” of the person who’s preparing it, who transfers their consciousness into the food, and is “sensed” as a feeling impression or quality by the person who eats it. Just as we digest and assimilate the nutritional and energetic properties of the food, using it as building blocks for regeneration of our molecular structure, we also digest and integrate the consciousness it was impregnated with and acted as a vehicle for. All energy can be converted into matter, and matter converted into energy, through the same metabolic processes.

All senses, both material and spiritual, are interchangeable in terms of one being able to systematically produce the function of the others. Taste, for example, will also produce feelings, an inner hearing, and a mental impression or visual idea,  indicate a color, and so on. All attention or consciousness that’s directed into something by looking at it, thinking about it, and handling it with that quality of consciousness, enters into its material substance, which is a conductor and carrier of consciousness, infusing it, and “held in it” as a form of mental pattern or memory. So no matter what sense is used in handling, using, or eating the object, it invokes all other senses simultaneously, including higher senses, which all act together in a unified fashion to form the “consciousness of the object” in the mind of the person consuming it and taking it in as part of their consciousness. Matter acts as a vehicle or carrier for consciousness as spirit (invisible), which readily moves into and through it, infusing it, and impregnating it. The food contains the mental attitude and “state” (quality of consciousness) of the person growing and caring for it, handling it in the harvesting and market, the intention being employed when selecting or purchasing it, and of the person that handles it as a means of preparing it. 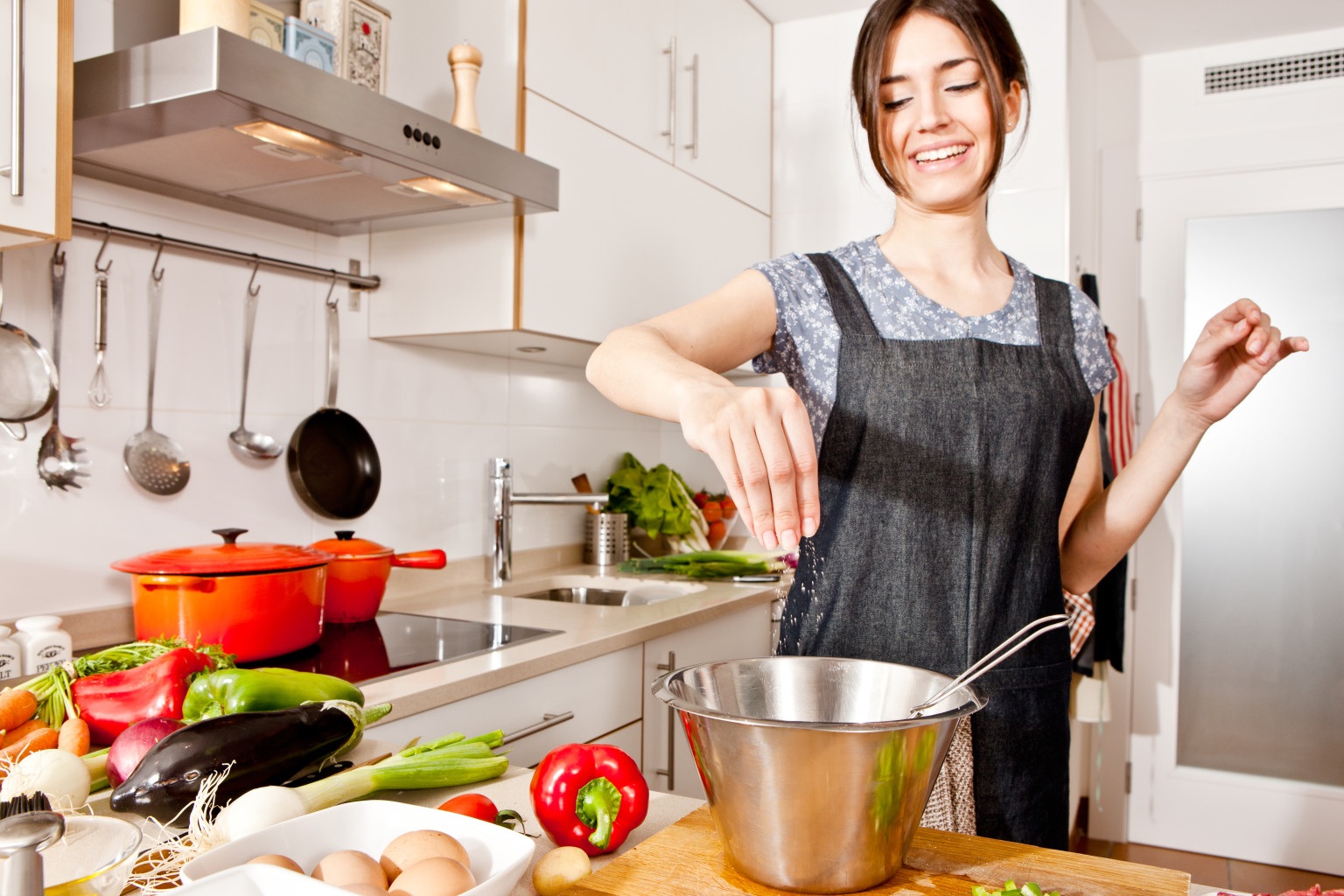 Food prepared while in a loving state, provides a feeling of love and pleasure for the person eating it. Food prepared with resentment, anger, or dislike or lack of enjoyment (drudgery), is also taken in and digested by the person eating it. The state of mind you’re in when you prepare the food becomes the spiritual component infused in the food, and becomes a part of the state of mind of the person eating it. We’re influenced by the “feeling” in the food as we eat it, which is sensed through an inner experience of a sensory nature (idea as its essence), that comes as an imaginary mental impression. What we “hear”, is wholly identical with what we taste, smell, feel, and visualize as a thought, internal concept or idea. In the spiritual sense of the mind, which exists in a unified state where all things are interconnected as a continuous part of everything else, and as the means of perceiving and experiencing everything in the material world, all things exist nested within each other and systematically unfold “out of each other”. So whatever material sense is dominant, it acts naturally to birth all other senses through a natural process of unfolding into a complete idea as the expression and representation of the consciousness living within it.

Plants are neutral and void of higher levels of consciousness, and exist as a passive receptor, and so their essence is programmed by higher consciousness as an intake process. Whereas an animal possesses higher forms of consciousness as a personality with natural behaviors and tendencies, and so in killing and eating the dead flesh of an animal, we acquire or experience internally and take on the consciousness of that animal. We absorb it’s essence through its blood infused meat, and take on its state of mind as an influence or subtlety, as well as acquire some of its actual DNA.  Blood, as plasma, which is the same thing stars are made out of, hold things together in a charged state as the essence and qualities of consciousness infused in it that make up its character which dictates how it behaves. The act of killing an animal infuses it with that intention as an experience, which saturates its blood stream with the hormones produced by the experience of being killed while desperately clinging to life. Hormones are chemical regulators that form emotional “states” that produces natural behaviors of that state, while regulating the biological processes of the body through that same state of mind and behaviors. As the hormones in the blood stream saturate the muscles and organs of the animal, infusing them with the stress of the fight or flight response as a form of anxiety, when we eat the hormone saturated flesh, we absorb and assimilate the same chemical messengers along with the animals essences as a quality of consciousness, and take on those same states and types of behavior as applied to our species, level of consciousness, and life circumstances. Ultimately, what we consume and metabolize, we become the same as in both the material and spiritual sense. 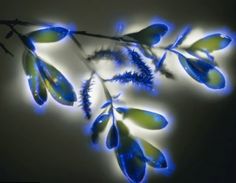 The attitude that we walk through life with impregnates material nature around us with that same quality of consciousness, which it “holds” and acts as a carrier or vessel for. We “infect” matter with our consciousness, which then continues to influence everyone connected with it, or in near proximity to it, as well as re-infecting ourselves. This is easy to understand in terms of distinctly sensing the vibes people put off as their energy, or walking into a place where you can distinctly sense the energy of the place as the consciousness and activities of the people inhabiting and operating within it, that are what give it the “feeling it has”. If we pay attention, and stay present within our life experiences, we realize that we have a pronounced ability to sense the energy emanating from all material objects, whether living or not. The energy emanating from living bodies, have a kind of “signature” to them in the sense that they possess souls as a level of individuality or active properties that give them distinct form, characteristics and behaviors. Though plants aren’t “animated” through a regulatory process of nerves, hormones and neurons, they do possess active properties which produce a physical effect in our body by altering our chemistry. They simply don’t produce a direct effect on our mood, emotional state, or influence how we feel and behave (outside of producing a “clearing effect”). Plants have a neutralizing quality, and only carries the “mind-like” qualities of consciousness that it receives from those of a higher mind.

So along with the idea of not eating while in a bad mood, or experiencing a strong emotional reaction, you should also avoid handling and preparing food while in a negative state of mind, or while dwelling in an idea, thought process, or reliving a memory that’s born out of or that produces a negative emotional state. Food handled and prepared by those who love and take great care in preparing and cooking food, or that are doing it as a means of caring for those they love, is double nutritious in that it carries the feelings of love and enjoyment. In a like manner, plants of all kinds always grow better when people who love them are the ones caring for them. Plants that are in a house or living space, are infused with the consciousness of the people living in that space, and act as a recorder for emotional events that take place within the house. Modern technology has realized that lie detector probes can be attached to plants, much like humans, and when people walk into the room with them that are of various states of mind, that the plants actually form a reaction as a correspondence. Upset, ill will, angry or negative emotions produce a tense state as a strong reaction, while happiness, love, and laughter produce a relaxed and harmonious state. All of which can be measured and evaluated in the same manner as a lie detector test for a person that registers their reaction. While plants don’t understand verbal ideas or questions, they very much register the “state of mind” of the person asking the questions, as well as the people who are anywhere near them.

The Holographic Principle – Our Etheric Blueprint and the Nature of Memory
All of what we call “universal principles” operate as a coherent creative process that creates on m...
Learning to Understand the Nature of Life, Death and the Soul﻿
Death is still one of the greatest mysteries there are. Some people feel terrified at the mere...
Emotions, Dynamics, and Reactive Behaviors – How we become Who we are
One of the easiest ways to understand how we become the way we are is to look at the natural relatio...
Forming a New Perspective, Personal Responsibility, and Developing Mental Fortitude
While many people are stressed out and engaging in the attitude of pointing fingers and blaming wha...
The 4 Elements – The Etheric Body and the Nature of Memory
While there are many ways to look at what’s referred to as the 4 Elements, which represent...
“13” – The Principle of Death, Regeneration, and Birth
There’s probably no number or idea that has been consistently misinterpreted to instill fear as a m...