The true nature of what we refer to as “perception”, like consciousness itself, is still largely a mystery in scientific terms. We ask “what is perception”, and how do we form our perceptions? Perception is a product of the mind formed through our paradigm or the mental structure of our mind which is the lens we “look through” to “see”. Our mind literally reformulates everything to match our mental model, making it perceivable as a consistent version of an outer reality that’s translated through our inner reality to be of the same nature, meaning, and significance. We fit everything into a consistent theme as a way of making sense of the world. As a way of understanding it by how we describe it, explain it, justify it, and build it into our story about things in a way that makes sense to us.

The statement that we are one with everything around us, is a literal statement, but not in the way most think. While we share and are constantly exchanging the same particles, molecules, and substances with everyone and everything around us, we’re also exchanging consciousness, and energetically merging with it, becoming one with it, and reforming it through our mental perception of it. We never really see things as they actually are apart from us, but as we remake them through our experience of them. Each person that’s apart of the same event, situation, or observing the same object will experience it differently, and in a way that’s unique to them. This is because we only “see” and recognize in everything else what matches our paradigm, and is brought out in it through the resonating activity of our attention being directed at it, that only vibrates similar aspects of it, reordering it into a new form with the same qualities (consciousness) of our mind. Attention, as directed and concentrated consciousness vibrates at a certain frequency, and is always resonating with what is of the same frequency in everything else, and calling forth what matches it into an active state, while causing other qualities to recede, become passive and latent, reshaping the appearance of things. How things appear to us is a product of our own vibratory frequency as our mental paradigm.

The outer world shape shifts to match the inner world that’s perceiving it. All material matter has the energetic potential to appear different to everyone (the individual mind) that perceives it. Matter itself possesses consciousness as psychic qualities that are always interacting and transforming through induction and repulsion of everything else around it. We change the vibration of a substance just by observing it. Our vibration as a mental paradigm or pattern, enters into the same vibration as a quality in everything around us, and effects it by remixing it’s dominant and recessive qualities, changing how it appears by reformulating its inner state. In this way, the observer and the object being observed are apart of the same event, and can’t be meaningfully separated out. Our perception of others and outer events are a direct reflection and expression of our own mind. We “see” in everything else what’s in us, because our mind is the one doing the seeing. The qualities we see in other things are the qualities that we ourselves possess that we project onto them, then perceive them through. If they possess qualities that we don’t, we fail to see or recognize them, or make them out to be something else instead. We transform their character to match ours by how we reform them in our imagination. We describe, explain, and tell stories about them that have nothing to do with them, and everything to do with us. 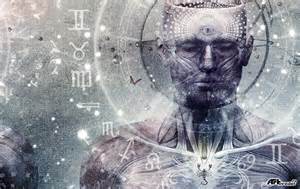 Likewise, every reaction we have to another, is an interaction with ourselves (same characteristics) in them. They possess the same qualities that we do as a dynamic pattern, and the “reaction” is the experience of resonance, or what we call stimulus. We only resonate (react) to the same vibration in another, which not only transforms us to that vibration by making those qualities active and dominant, but transforms them equally to the same qualities and behaviors, which form the basis for the interaction as the outward display of the shared pattern as a behavioral dynamic. Whenever we come into relationship with someone or something else, an immediate pattern emerges as a type of dynamic that becomes the nature of the interaction in an ongoing fashion. Once we realize this, we gain a valuable tool for self-recognition and realization. Anytime we’re forming a distinct interpretation of another person, we can ask ourselves simultaneously, what does this show me about myself?

Our mind, in the most basic sense consists of the conscious (self-aware) and subconscious (unaware) mind. As we go through life, based on experiences in which we were heavily judged in some way as being bad, wrong, not good enough, stupid, guilty, belittled, shamed, and so on, which causes us to deny the things about ourselves being used against us, while also repressing the memories associated with them. While these tendencies are being denied on the surface we still possess them internally, where they become internalized and formed into complexes that we continue to express by projecting them onto others (looking through them to see the same thing in others), and judging them just as harshly, if not more so, than we were judged. The dynamics of repressed issues continue playing out at the subconscious level where we’re not directly aware of what we’re doing, and we continue to produce the behavior and attract those who share the same issues and tendencies, and will cooperate in acting them out in a subliminal manner. Because they’re hidden from our own awareness through a denial of having or being them, they remain hidden from our own awareness of ourselves, yet we readily see the same traits and tendencies in others and continue living out the drama that ensues from them, we can become aware of them in ourselves through simple self-reflection. 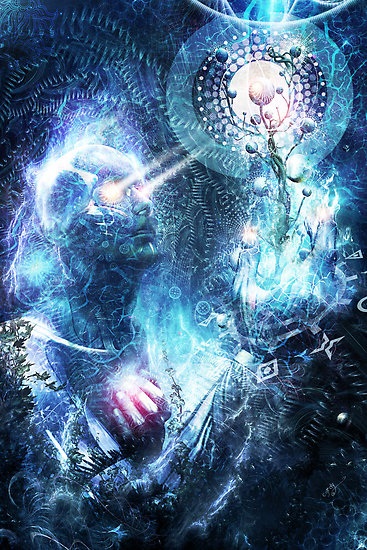 Once we become aware of the fact that we’re always projecting onto others and seeing in them the same character and tendencies that we have or were conditioned to as children that we’re in denial of, we can use it as the tool for self-development that it offers, and anytime we’re having a strong reaction to someone, or judging them harshly in some way, we can ask ourselves, “if I could see this same behavior, attitude, or tendency in myself . . . what would I see”? Why am I having a reaction, what emotion got triggered, and what idea or memory comes immediately to mind as I react to it? Why does it bother me so much? What is it “about them” that bothers me? If we refrain from actually reacting outwardly, and simply sit with the feeling we have inside and simply observe it, while allowing our reaction to continue internally playing out, we can begin seeing in ourselves what it is that we’re being shown through the other person or event that’s taking place. What are they acting as a mirror for?

Just as “what another person thinks of us, has nothing to do with us”, likewise, what we “think of another person has nothing to do with them, but is all about us”. Our reaction, shows us what our own issues are that’s causing the reaction. How we judge others (through the nature of the reaction) is in the same manner that we were judged. How we act, or treat them, is the same way we were treated while being judged in the same way. We employ the same emotional state, behaviors, tone of voice and attitude, and often even use the same words. As you witness your own reaction from a detached state, as if watching yourself from the perspective of someone else, who or what does it remind you of? If you we’re on the receiving end of your own outward behaviors and attitude, how would you perceive yourself? What kind of person would you see yourself as, and why? Learn to penetrate it through a raw form of honesty, and as you begin gaining awareness of what has been operating in you without your direct awareness, gain realizations around it. See it in yourself as clearly as you can, and “own it”. Don’t continue to justify it or try to explain to yourself “why” you’re like that (usually blaming it on someone else), and just be present with it.

Self-awareness is the beginning steps to healing at the spiritual and psychological level. To begin realizing how your own subconscious mind is operating, allows you to understand what’s happening and what you’re doing, and you can begin working with it in a conscious manner. Become clear on the fact that whenever you’re reacting to someone or something, it has nothing to do with them, but is being “created internally” by you. We can only change what we’re aware of and fully own. Just the awareness itself starts the healing process and begins dissolving your attachment to that memory or idea whenever it’s being played out in your present situation. Self-realization is the key to personal growth and emotional healing.

Memory, DNA, and the Subconscious Mind – Taking Control of Your Mind and Creating Yourself in a Deliberate Manner
All living organisms operate out of the same basic group of principles represented in Sacred Geometry by the numbers 0 t...
Tesla’s Dynamic Theory of Gravity and the Universal Law of the Triad
Tesla's Fascination with 3, 6, and 9, was due to the Laws they Represented . . .   What many people don’t realize ab...
Self-Mastery: Mastering the Ability to Control and Direct your Thoughts and Attention
While knowledge as theory gives us the basis for practice, we only truly “learn” (live and earn) by bringing the knowled...
﻿Practicing Spiritual Knowledge as a means of Creating
There always seem to be a fundamental disconnect between attaining spiritual knowl...
Mass Brainwashing - Mastering your Will and Learning how to take back Control your Mind
In our modern day society of constant sensory stimulation and information overload, our minds tend to be constantly raci...
The Soul as the Subconscious Mind and the Holographic Nature of Reality
The mind exists as a unified being that’s dual in nature. The mind exists as a fundamental paradox that’s both local and...
The Illusion of Thinking you can Wake other People Up
One of the main themes playing out in society right now, especially among the spiritually oriented communities, is that...
Compassion – The Nature of Perception, Judgment and Self-Realization
While many people perceive compassion as an act or something you do, true compassion is the result of a state of mind th...