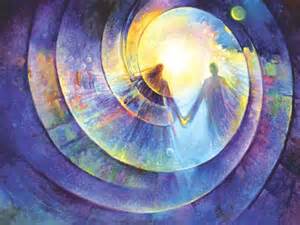 As we move through life, we’re always in the process of exchanging consciousness with everything around us. Just as we breathe and take in the air around us, using the molecules attained from it to replenish depleted molecules in our body, and rebuild our body by incorporating them into our molecular structure, we’re also taking in and exchanging consciousness with everything around us through resonance. We experience this exchange of energy as feelings in the indirect sense of just being around something, and as a direct stimulus when an actual interaction takes place. As we interact with someone, they directly stimulate us, and us them. This stimulating effect comes from what’s being activated between us, and brought out in us through the nature of the interaction. Certain qualities as a mood, attitude, and characteristics are called forth by what ever is being demonstrated, and then shaped into a greater pattern as a behavioral dynamic through the nature of the interaction itself as a cause and affect or action and reaction type of drama. We can only form an actual relationship with those who share the same qualities and characteristics as we do and who are conditioned to tell a similar type of story, necessary for the interaction itself, which begins co-creating a specific type of story-line as an ongoing interaction.

The people and situations we surround ourselves with, whether intentionally or unintentionally, become the building blocks of our consciousness. They act to transform us by taking on and making active within us whatever qualities we share in common. As these inner qualities are brought into an active state, they’re developed in us through the overall pattern as a dynamic being acted out, and they’re strengthened in us. We are then conditioned to the dynamic itself, and as we experience it we acquire memory of it, which serves as our basic mental and emotional programming. Whatever we have memory of we act out unconsciously in an automatic and natural fashion. As we co-create experiences by playing out certain dynamics, the memory of those experiences adjust and modify our paradigm to include them, and they become a part of our essential being.

This transformative quality of our relationships works for good or for bad. They either act to bring out the best in us, or they bring out the worst in us. We either like who we become when we’re with them, or we don’t like who and how we become. They make us feel a certain way, and that feeling is consistent whenever we’re with them. While we experience a range of emotions and feelings when we’re with them through various activities, the overall feeling that takes place forms a theme which remains constant throughout the relationship. The theme of how we feel is produced by the dynamic the relationship takes on. We can feel a deep connection that’s intimate and immediate, where we are valued, appreciated, wanted, desired, and we truly feel love; or we can feel used, not good enough, deceived or betrayed, humiliated, disappointed, where love is replaced by a series of toxic emotions that are painful and only act to reduce us somehow. You can tell pretty early in the interaction what it’s going to be if you’re willing to pay attention and honor your feelings.

The key to mastering your relationships by seeing them as powerful “self-development tools”, is to remain present in your experiences, and always notice how you’re feeling, and how they’re being. Always remember feelings don’t lie, it’s only the outer appearance of things, or what we start telling ourselves about what’s going on as a means of justifying or denying it that can be deceptive. Words or what people say and do that are clashing with how you’re feeling are the illusion. This idea isn’t about right and wrong, feeling guilt or shame, or placing blame on the other person, it’s simply about recognizing with clarity that what they’re doing and how they’re being with you, causes you to feel a certain way. This feeling inside of you in response to them is what they will continue to bring out in you throughout the entire relationship. The feeling, not the outer behavior, is what sets the pace for the relationship and the theme it takes on by the dynamic that starts playing out.

Even when you realize that the feeling you have is about your own “issue”, because of how you were raised, also realize that this relationship is about that same dynamic and will only continue developing that feeling in you, and was more than likely formed because it was about creating more of that same issue, and will continue to be. The feeling and dynamics are a congruent component of a larger pattern, and one acts to stimulate and produce the other. The idea here becomes healing yourself of your “issues” before you get into a relationship. That way you know that the attraction wasn’t based on the shared issue, and you’ll attract and be attracted to a different kind of person who won’t serve to act out the dynamic of the issue with you, simply strengthening it and giving you more of it. 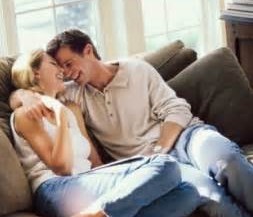 The key to understanding comes through self awareness and realization. Devote yourself to becoming aware of your own issues and tendencies as “themes” you were conditioned with, and the behaviors you’ve acquired by way of them. Begin recognizing the tendencies you’ve developed that may be making the other person feel the same way as you feel when they simply respond to you in a like manner. For example, if your tendency is to not feel wanted and included in activities, that you act as if it’s an actual fact, may cause you to behave in ways that are stand-offish, distant, cold, or uninterested, that cause the other person to feel unwanted and excluded by you. They then react to you in a like manner and behave in a way that causes you to feel “unwanted and not apart of things”. We build behaviors around our issues as a way of defending or protecting ourselves against them that serve to actually produce them. Self-reflect and gain as much insight as you can into your own feelings and issues, and work on yourself to heal those issues before you look to get into a romantic and intimate relationship.

Cultivate in yourself the ability to stay aware of how you’re feeling in any given moment, based on an interaction of some sort. Notice what you’re feeling inside, what part of you it’s appealing to and bringing out, and who you start becoming because of the interaction. What persona do you take on? This shows you what the relationship will naturally strengthen and develop in you. If you simply “hold a feeling”, move into it and become fully present in it, and begin reflecting on it, what you’ll notice is that a whole idea begins playing out in your mind like a memory that’s inherent in the feeling. Regardless of how it plays out in terms of the scenario it presents itself through, the theme or main idea it illustrates is what’s showing you the reality inherent in the feeling. Feelings are an internal response to an outer reality as the experience of it. A inner feeling is always associated to an outer reality. The same types of events give us the same type of feelings. When you see into your feelings, you get a preview of the type of realities they produce, that will only act to give you more of the same feeling. It exists as a kind of circuitry as an inflow and outflow that’s constantly harmonizing and equalizing the inner with the outer. 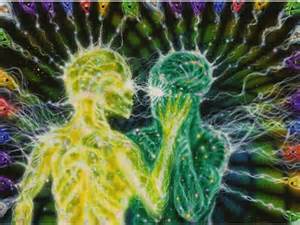 As you recognize how you’re feeling with someone, don’t get caught up in feeling bad about what you’re realizing, or making them bad or wrong somehow, where you start compromising your feelings or distorting them through a story you tell about them that makes them mean something, simply observe them in an objective manner “as” they are, and honor them as showing you the truth in a situation. Your inner feelings will always show you in very direct terms the true nature of any situation. It comes through resonance as an energetic interaction, and is neutral in nature. It only becomes subjective and distorted when you begin interpreting it to make it mean something. The interpretation and meaning is the illusion we build around things that prevents us from seeing the truth. The truth doesn’t come with a story attached to it, but as a direct and immediate inner stimulation that makes you feel a certain way. Honor that, and you’ll always be working with the true reality of any relationship or situation.

How we set Our Vibratory Frequency – State of Mind, Thought, and Imagination
There are many ideas around how to create and determine our vibratory frequency, which forms the pri...
God, Karma, and the Nature of Free Will
Many of us have been trained to the belief that God exists as a created, thinking entity that acts w...
The Art of Self-Creation and the Power of an “Ideal”
In order to “create” something in a deliberate and intentional manner, we have to start by formulati...
Realizing your True Self and Transcending the False Ego of your Past
One of the most fundamental spiritual errors we make in life is in believing that we are the person...