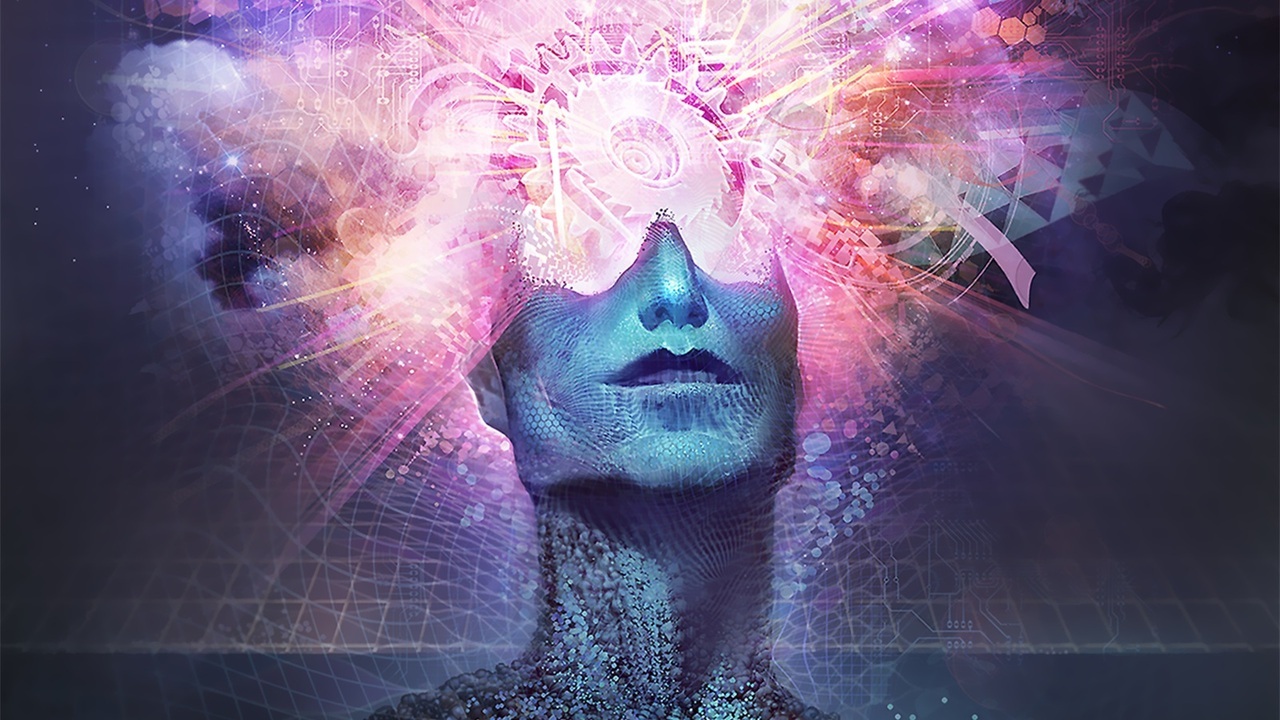 There is much confusion and uncertainty around the idea of the “3rd Eye” (Pineal) and how to “open” or “awaken it”, bringing it into an active state. The abilities of this small gland still remain primarily a mystery because it only seems to be really active in certain people, and fairly dormant in others. While there are many professed guided meditations and visualization designed to activate the Pineal, very few of them seem to recognize or lay the foundation necessary by realizing how the body’s energy system is symmetrical in nature and works through polarity as complimentary opposites that serve to render different aspects either “active or passive”.

In the energy system of the body (soul’s anatomy), represented by the chakra system, colors are assigned to different aspects and functions, which are further divided into upper and lower aspects that are complementary to each other. The three spiritual or upper centers exist in an opposite yet complementary relationship to the three correlating lower aspects. We can understand which centers are correlated with each other because they exist in relationship as complementary colors (opposite on the color wheel) and as a mirror image of each other in terms of order. Colors represent vibratory frequencies as spiritual essence or qualities of consciousness, which deal with different aspects and functions of a unified and interactive system that act “on” each other to “produce each other”.  The upper (3) chakras represent the higher, spiritual planes that exist as a parallel dimension to the lower, material plane represented by the lower (3) chakras. The upper and the lower exist in a relationship as polar opposites (active and passive) of the same operations and classification on different planes. When one is in an active state, the correlating one on the opposite plane is in a passive state, and vice versa. They can’t both be active at the same time. When we’re active in our lower nature, we literally shut off contact with our higher nature. The higher can’t exist within the lower, and is returned to a dormant state. Likewise, the lower can’t exist in the higher. These two never come into direct contact with each other, because they can’t “exist” at the same time, within the same plane, but always exist solely on their own plane. We’re either in a higher plane, or a lower one. Never in-between. 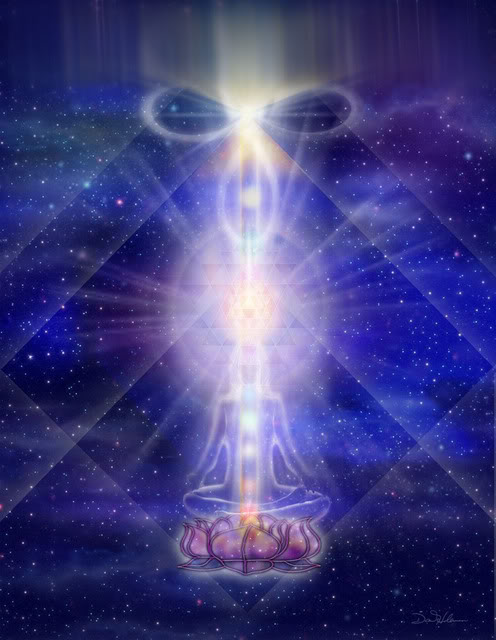 The energy system of the body forms in its symmetrical division forms correspondences as complementary opposites of the same “law” or “operation”. The second chakra represents the sexual, life-force energy that’s responsible for generation and the growth and development of ideas and thoughts into full blown realities. The upper (head) is connected to the lower (body) through the nervous system of the spinal cord or staff, which consists of 33 vertebrae (6) (30 + 3), also called “Jacobs ladder”, the “stairway to heaven”, and symbolizes the 33 degrees of Freemasonry. While many perceive the idea of “pulling sexual energy up” the spinal cord to the brain, and using it to motive and generate thoughts as spiritual visions of the 3rd eye, in reality, we do this naturally by working with the polar forces of the same function. When an active force is made passive or inactive, and what was a passive force is made active, just through the electromagnetic force alone, the energy is only capable of being “active” in the active component, and is immediately draw into it. If we make our sexual activity “passive”, it automatically “activates” the 3rd eye. The shared energy of regeneration and propagation are automatically “turned on” and operate through the third-eye or Pineal gland.

This is why all spiritual traditions that involve initiates or priests practice celibacy as a means of opening their higher faculties to be able to receive visions from the higher, spiritual realms. This is further symbolized in the idea of a “virgin birth”, where the womb of creation is seeded with a divine idea or entity, while abstaining from sex. Divinity is only transmitted and acts to impregnate those who are not sexually active. In other traditions, you can only begin your spiritual devotion after the age of 40, because it symbolizes the end of your child-bearing years, where you no longer engage in sex for the purpose of procreating, and return to a celibate state. The Pineal is shaped like a pine cone that’s closed and is filled with “seeds” (potential for life), and only opens when ripe, under pressure, or through extreme heat (fire). 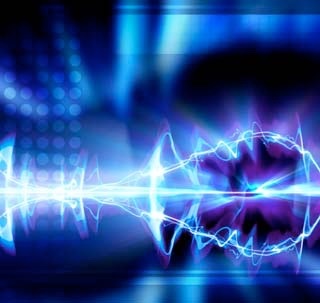 So you can visualize all day long and meditate like crazy and not produce a noticeable effect if you’re sexually active or masturbating on a regular basis. The higher “pure” energies, which are universal and non-personal in nature, never come into direct contact (become one) with the lower energies, because they’ll become “contaminated” through the adaptation process of becoming individualized. If you’re acting as a vessel for lower energies, you can’t accept higher energies. Much like the laws governing DNA, two aspects exist together, what expresses (becomes active) is based on what’s turned on and what’s not. In order to “activate” the function of the Pineal, which involves making the sexual life-force energy available on a higher plane of pure thought, you have to shut off the lower use, diverting it to the higher purpose. The two can’t exist together at the same time on the same plane. This also gives us insight into any sexual practice that’s claims to be a pathway to the higher consciousness or spiritual realms, or as a way of amplifying the sexual energy in order to “pull it up”. The higher energy centers can’t be active at the same time as the corresponding lower ones. It defies law, and is therefore impossible.

By understanding the nature and operation of polarity, we can also realize that the heart chakra, which sits in the middle and acts as the “medium” between the upper three and the lower three. It’s through the heart chakra that we directly connect to both the material plane and the heavenly, spiritual plane.  The heart is the center of feelings and love, which is the means for traversing “between” dimensions. The heart is the center of the body where we connect directly to and receive information about our environment in what you could think of as a horizontal movement. Likewise, the Pineal is the center of the brain as its heart, which regulates all activities of the body through the nervous and endocrine system and receives information from higher dimensions as a vertical, downward flow. The flow of information from the material (horizontal) and the upper realms (vertical), flowing simultaneously in harmony (balanced) with each other, form a junction at the heart, forming an equal armed cross. 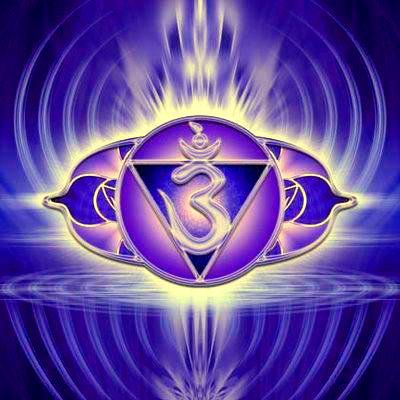 The Pineal governs and regulates our sexual development and determines our gender, governs puberty, as well as regulating light to produce natural cycles of the body. The heart, which represents the “center” or medium through which the upper and lower are connected, is synonymous to the soul, which acts as the medium between the spirit and body, because it’s comprised of both. The soul is a multi-dimensional energy field (mind) that acts as a step-down or conversion process for bringing higher energies as archetypal entities into expression as a personality within an individual body. The soul acts to stabilize certain qualities as an “individual” or “unique” combination of higher energies, by bringing them into expression as “life experiences”, which form “memories” of the universal in an individualized state (as something specific). This tunes the soul to certain frequencies which determines what aspects of the higher, universal consciousness it can readily “access” through what it naturally acts to resonate with. Through the Pineal we receive information from the higher realms as laws and principles that are translated into symbolic form as a possible reality through the imagination, which is the “function” of the pineal, and forms it into a “virtual memory” which serves to program (in-form) the subconscious mind of the body. In this way, when the body (lower 3 chakras) is made “passive” (trance state), it acts as a neutral vehicle or instrument for the higher, divine forces.

Human Will as Speech directs the Forces of the Subconscious Mind
What we symbolically refer to as the “serpent power” in esoteric sciences is the Astral Light of the Formative planes t...
Forgiveness – The Key to Spiritual Healing
The most basic principle that's operating all the time, in every aspect of life, is that whatever we “blend with energet...
The True Nature of the Soul’s DNA and Bloodline as Evolutionary Self-Design
Unfortunately so many of us have been virtually detached from our true origins as ...
A New Paradigm for Understanding the Mind-Body Connection
Many people have been conditioned to very conventional ways of looking at their own mind-body system and because of this...
Thought-Forms: Scalar Energy, Electromagnetic Fields, and Bio-Holograms
Both the Pineal gland and the DNA of our cellular structure are composed of liquid crystalline substances that act as a ...
Conscious Relationships that Serve your Spiritual Development
Spiritual Sciences, which is all about personal growth and development, doesn’t view the idea of relationships in the sa...
Subtle Energy and the Energetic Nature of the Mind
Our body has an energetic structure as well as a physical one. This energetic structure is often referred to as the subt...
Initiation – Illuminating the Soul with Inner Light
What is referred to as an “Initiate” is someone in which their Higher Self has coalesced with the personality and incarn...