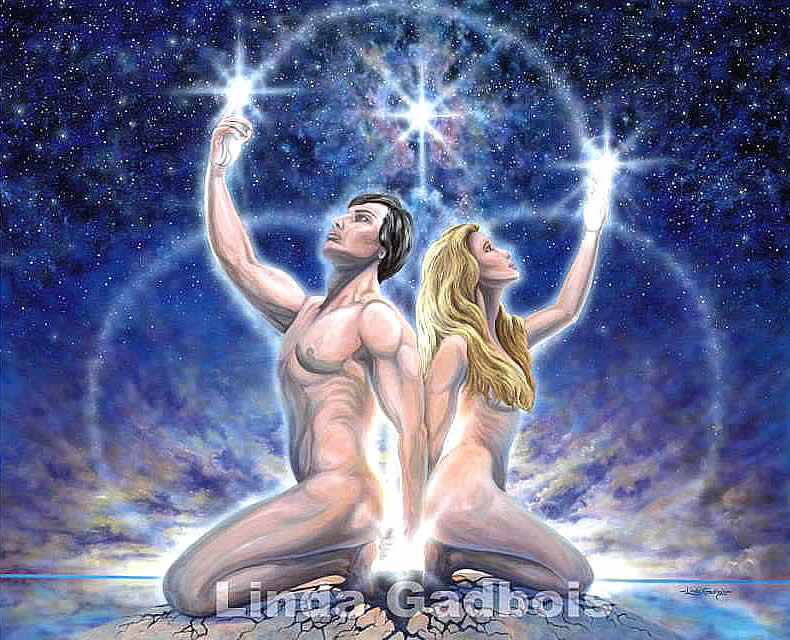 The most primal activity inherent in the entire living world, is sexual behavior. Not necessarily in terms of the physical act of propagating and sexually reproducing, but as the most basic law governing energy as resonance. This law is the very activity as a relationship with itself on multiple planes of existence, characterized by the basic law of vibration as resonance, sympathetic induction, and coherence. When two seemingly separate objects vibrate at the same frequency while polarized to each other, they are drawn into each other, blending and becoming one, forming a new vibration as the combination, where they function and create as a single unit.

The mind or spirit as invisible energy can readily move into and through matter as material substance. As energy vibrates, it attracts and blends into matter, affecting it by vibrating it with the same frequency or quality of consciousness. This invisible consciousness operates “in” matter, to animate it with a distinct way of being. Consciousness as the invisible energy and material substance that make up the individual mind that first structures, then inhabits its physical vehicle, has a form of personality in it that gives the material body certain characteristics with natural behaviors and biological functioning. This personality forms the character of the being, and in humans, who have a higher capacity for consciousness and the ability to self-create, forms the basis for our identity. Our identity comes through a form of storytelling that creates the experience that we then get a sense of ourselves through, and identify with. Just the act of identifying with something or someone, is our natural ability to move into the mind of another and become one with them because we possess the same qualities, that produce similar experiences of reality. 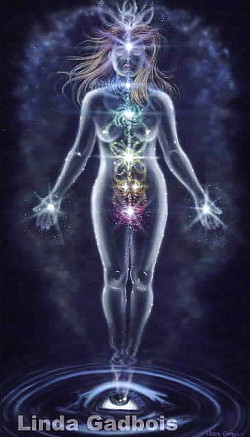 The purely energetic and active component, is the masculine aspect that enters into – attracts and resonates with – its physical equivalent or match as its feminine component, and together, through a unified state, they vibrate as one, form coherence, and begin operating as a single unit with a single mind, and produce a new vibration of reality as a combination. A whole being or vibratory pattern exists in a fundamental state of polarity as opposites that are complementary in nature. They stimulate and arouse one another, and the feminine responds intimately to the masculine, and the masculine “moves” the feminine in a passive and receptive state of complete surrender. The masculine only knows itself through the feminine. The feminine becomes by way of the masculine. She provides the body for him to enter into and experience himself as “being” something specific. The masculine achieves it’s identity in service of the feminine. In purely energetic terms, this is the electro-magnetic energy that couples an energy field or spirit to a physical body. Matter is magnetic and draws the active force into it, which becomes one with it and animates it, and they function as a single being in perfect harmony and timing.

This is the mind and body which exist as intimate parts of each other as lovers, intertwined and infused. Love is the electromagnetic force that draws together desire with the object of desire. What we love we seek to become one with. Our union is born out of a desire for each other. It’s only through our union that we experience love as an inner feeling or state of being. Through union and an erotic and explicit intimacy, we come to know love as a reality, from within the experience of it as us. Inwardly, whatever we’re lacking that we sense as a part of our true nature, we become a magnet for. We draw to us, more of ourselves in another, as a means of completing ourselves. Whole, complete, and totally content, we experience a new kind of freedom that’s no longer seeking, but expanding into, relishing and having. It’s the freedom to open ourselves fully with complete abandon, and expand into the feeling of euphoria and intense sensuality with a delightful anticipation and innocent eagerness, that no longer holds back, afraid and timid, but rushes forward with complete confidence and trust in the experience itself. 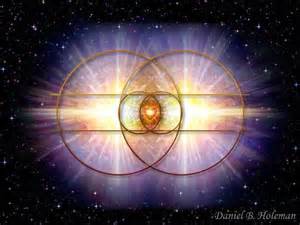 The sacred union of the masculine and feminine in holy matrimony, meaning true consecration as sexual union or energetic fusion, produces offspring that’s a combination of both in a new form. They no longer see themselves as separate, but as having the same experience as shared consciousness. It comes as a complete freedom of self-expression that’s always embraced, understood, honored, and shared in. It comes as having knowledge of someone that you experience as yourself. You no longer perceive a difference. This is the relationship the soul forms with the body. It’s a union of love, where the soul experiences itself “as” the body. It doesn’t perceive a difference. It experiences itself through the body, as one with the body.

This same relationship takes place between soul mates, which is a soul to soul relationship that forms union out of eternal love, and experiences itself for the first time as it really is, through another, who provides the mirror and the ability to awaken passion in them. Our soul mate is another soul that’s a part of the same overall soul as a vibratory frequency as a quality of consciousness, that possesses our opposite and equivalent qualities, which without, we’re always seeking inwardly, and serve as magnets for each other as a natural and immediate form of attraction. A feeling of deep seated emptiness creates a void as a vacuum that acts to draw into it what it needs to feel complete. What it naturally resonates with. We only “become” in the most basic sense by what we resonate with, form rapport with, relate to, and align ourselves with as a means of becoming the same as them. We unite with them in mind and body, and by taking on shared qualities, develop those same qualities in us. By entering into the consciousness of another, and taking on their energy by allowing it to move us in a flowing manner as an intimate dance, and experience ourselves through the nature of the movement itself. As we allow ourselves to be moved and animated by another, we know true freedom for the first time. Not as control or manipulation, but by an arousal that ignites a new kind of fire in us, that we gladly surrender ourselves to, and let it infuse us, filling us with ecstasy that fills and expands us to the point of explosion, and satisfied, we implode back into ourselves . . . changed forever!

The Creative Power of the Imagination – Free Choice, Will, and the Nature of Memory
“The way to alter an outcome is to alter the pattern (memory) producing the outcome”        In order to create by way of...
The True Reality of Forgiveness – Waking up in the Midst of Your Own Dream
A Problem can't be Solved from the Same Mind that Created it . . . In order to truly understand the reality of forgi...
The True Nature of the Soul’s DNA and Bloodline as Evolutionary Self-Design
Unfortunately so many of us have been virtually detached from our true origins as ...
The Unified Reality of the Lower Plane and the Nature of the Subconscious Mind
There’s always a Divine Paradox playing out in the most basic sense as what appears to be a single reality that’s actual...
Understanding the Musical Nature of the Mind as a Vibratory Frequency
The Mind as a Frequency Creates a Consistent Experience of Reality When we use the term “musical” in this context, we’re...
Creating Good Health is not Rocket Science – "The Art of a Healthy Diet”
It’s interesting that the idea of creating good health or being healthy is often perceived as difficult to do. This is p...
Intuition – Energetic Currents and the Synchronistic Flow of Spiritual Guidance
All of life at the energetic level flows in currents as frequencies. A frequency is formed by all information or ideas o...
Personal Existence and the Relationship between the Subconscious and Self-Conscious Mind
What we refer to as our personal (bodily) existence comes through our ability to perceive ourselves as a "whole reali...