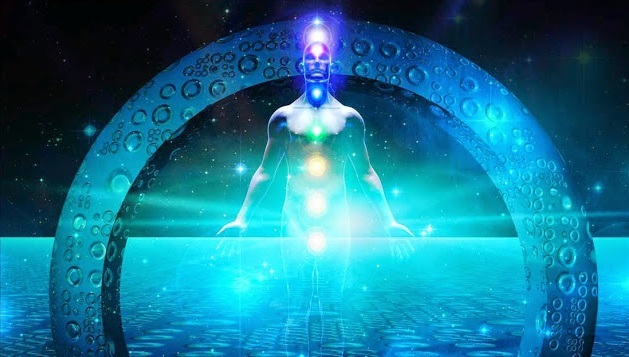 In Spiritual Sciences (Quantum Physics is the modern day version), mind and matter are actually different aspects of the same thing and are represented by the Quintessence and the four elements. Mind is viewed as a vibrating energy-field (torus) that’s infused with, or encoded with intelligence as a certain type of information (frequency) that naturally forms certain types patterns, that have dynamic behaviors inherent within them as a mode of operation indicated by the self-organizing mechanism of the pattern itself as a form of universal theme or archetype. This archetypal pattern, programmed into the individual mind, is reformulated by the dynamic network of relationships that are an inherent part of the individual as accumulated memory acquired from their life experiences, which modifies the universal theme into a personalized variation of itself in direct relationship to an aspect of itself. Vibration structures matter into distinct patterns as form that is imbued with attributes and qualities that form distinct characteristics, which not only have natural behaviors inherent in them, but also determine “how” the behaviors are performed as a form of “person style” or personality. So the behavior as a dynamic pattern is performed in a unique way that acts to individualize it as one potential out of billions of possibilities.

All Realities Exist in a State of Pure Potential as Possibilities
Quantum physics refers to this as observation (focused attention) that selects (focuses on) one potential reality within a wave-length of billions of potential realities, collapsing the wave (all potential for realities) into the particle as a single possibility, which it then creates a whole reality out of as a specialization of that possibility. Energetically (spiritually) speaking, we could also look at this same process as the mind which forms as a kind of paradigm, or dynamic structure that vibrates at a certain frequency, that’s always looking through itself, at the outer world of mass consciousness (infinite possibilities), and only sees (resonates with) what is of the same vibratory frequency as it is, and enters into relationship with itself (forms energetic sympathy) in the outer world, as a form of unconscious (natural) selection, then restructures the universal archetype (by reinterpreting it) into a personalized one as the expression of it’s own frequency. It enters into relationship in the outer world only with what lends itself to telling the same type of story as a thematic pattern through a form of adaptation that modifies both aspects, the inner-self with the outer-other, into an alternate (interference) pattern that’s a configuration designed out of the shared properties of both, which eventually forms coherence, and begin vibrating in harmony with each other.

In the ultimate sense, matter isn’t inert stuff; it’s an active agent that’s constantly making choices within random processes. Matter is conscious, and possesses an objective or neutral form of intelligence, meaning one that’s not self-conscious or self-aware (nonlocal). Whatever paradigm we create as a personalized version of knowledge, one that’s actually a product of other people’s opinions as their personal interpretations that were taught or given to us, forms a filter that determines what we can and can’t see (perceive). We can only see what matches our paradigm and can be explained using it. All matter as vibrating light that contains some degree of conscious is always responding as an interaction with our consciousness and creating co-realities out of which billions exist as possibilities. Every reality created as a personal experience is a variation produced from interpreting data as filtered through our personal paradigm, then restructured conceptually accordingly. In this sense, all perception is ultimately self-perception. We only see in others and the outer world what is of the same nature as we are. How we experience the outer world is a natural expression of our paradigm which makes it mean something. The meaning we give things shapes how we experience them.

Physics is the magical window that shows us the illusions that lie behind material reality, and the reality that lies behind illusions. Matter, as the basic substance of the universal mind, transforms as a compliance to our will, as our personal perception based on our paradigm. We take an archetype as a neutral idea (intelligent self-organizing pattern), and reshape it into a variable by how we interpret it through the very act of perceiving it, that determines our experience of it. Because we are limited to only being able to see knowledge that governs our reality from our basic models and conceptualizations, we act to transform any potential or “new information” into the same type of idea represented by our model, reshaping it into a congruent reality that matches our model, and the truth inherent within the situation that can’t be shaped into our model completely escapes us. We literally can’t comprehend it because the idea or model we’re using doesn’t allow or support it, and can’t be used to explain it, which means we actually can’t recognize or comprehend it. 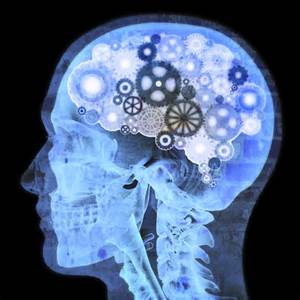 The Model that we use to View Things, Determines what we see
All models used to form a structured network of dynamic ideas, is not the knowledge itself, but merely one way of looking at ideas that serve as a congruent interpretation, just as our mind which is a model (paradigm), instantly interprets everything to be like it by recomposing it, which is necessary for cognition and in order to understand it. But the model being used as a structured concept is not the knowledge itself, but merely the means for interpreting a universal idea as a set of laws, in order to form an imagined concept necessary to understand how they operate in the practical sense of actual application within our lives. All true knowledge, both spiritual and scientific (which are actually different aspects of the same thing), is a working understanding of universal laws being consistently played out on different levels, using different elements and situations, at different scales and magnitude, as fundamental processes and operations, that adapt to any system they’re being applied to, while holding true to the same basic behavior or operation. A Natural law isn’t an actual object or the thing itself, but rather the structuring mechanism that determines how it behaves or functions. It’s the invisible motivating force that animates all organic processes through a systematic synchronized growth process of becoming.

So no theory or fixed model can claim to be “true” in and of itself, but simply attempts to structure ideas using methods and models that make them easy to understand, and therefore applicable. There’s no common metaphor for reality. No single conceptual framework that holds true in all cases, or makes sense to each individual. Most structured frameworks for investigating the nature of reality, simply impose the limitation inherent within that frame, while excluding anything that may act to contradict it or alter what it implies, revealing aspects or ideas that were previously not conceived. The only real value of a system designed to interpret information for you, is that it works to demonstrate how laws are interrelated and play out in consistent and predictable ways in order to form an intuitive perception that provides the cognitive model for personal realization. 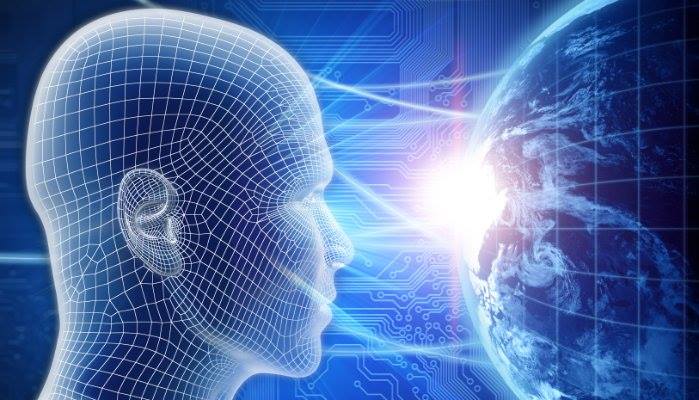 The system, as a model or construct, that connects and structures ideas into cognitive patterns, is simply one way of looking at a universal theme as an interactive relationship of fundamental laws. The model as an organized system using certain elements to illustrate it is merely one possible application of the law, and is not the knowledge itself, which is the law operating within it, that simply gives us one way of possibly perceiving it. The same group of laws can be illustrated using the language and elements of physics, biology, psychology, or a recipe for cooking. When we fall in love with one system and way of thinking, and use it to transform all similar ideas to fit it, rather than intuitively recognizing the same laws that are being played out in multiple models used to understand them, we not only create limitations that the system presupposes, but we limit our growth and expanded awareness of whatever the system won’t support, and therefore we fail to recognize the laws governing it. Because of this tendency, no matter what we’re observing, we tend to see the same things over-and-over.

The only truth is universal laws that permeate all levels of life and produce consistent realities. There is no such thing as a spiritual idea that can’t be demonstrated and experienced in the physical realm. The key that’s the most basic form of intuitive development understands the law of analogy and correspondences, which is how you recognize laws as a series of step-down correspondences as a gradient effect that are all of the same nature (vibratory frequency). In this way we can realize that the same ideas are simply being rediscovered using different models and the language of that model to describe what is basically the same phenomenon. Because of this basic idea, a formal education that’s based on models as theories or processes, structures us and our paradigm accordingly, preventing any new or radically different discoveries, while limiting us instead to simply expounding on or growing more of the same ideas, while completely failing to recognize other ideas or realities that coexist and are intermingled with ours. Once we set up a structure of knowledge as a dynamic paradigm, we are limited by that paradigm. What we are taught and form beliefs around as a result, shape our perceptual lens as our fundamental filters that only see and take into consideration ideas that are compliant within that system. This is why this level of science progresses at such a slow rate, and any truly new discoveries are attributed to genius, who are able to step outside of conventional thought, and view the same reality from an entirely different perspective, through a different conceptual model.

God, Karma, and the Nature of Free Will
Many of us have been trained to the belief that God exists as a created, thinking entity that acts w...
Psychology: Understanding the Power of Emotions - "Emotions are Altered States that Project Whole Re...
Many of us realize to some extent the powerful effect emotions have on us in our daily lives, but b...
Self-Purification and Cultivating Our Higher Nature
As we go through life, we’re always “becoming” through a process of amalgamation, where we enter int...
The Dual Nature of Truth – The Relative and the Absolute
Truth, like all ideas that prevail within the material realm, is dual in nature. The entire material...
“12” – The Initiate, the Great Work, and the True meaning of Self-Sacrifice
In the occult sciences all single numbers (0-9) represent laws, while all composite numbers represe...
The Art of Self-Creation and the Power of an “Ideal”
In order to “create” something in a deliberate and intentional manner, we have to start by formulati...