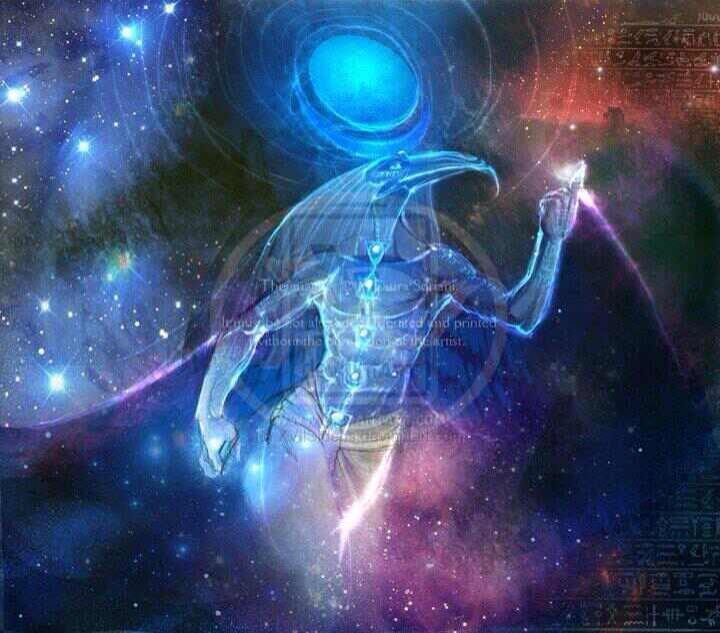 The only way we attain knowledge and become truly knowledgeable, is by developing ideas to the point where they can be brought into practice somehow in our daily life. We become the vehicle through which knowledge expresses in the world by becoming “one with it”, and acquiring it through the experience of it. By applying and utilizing knowledge as a practice of some sort, we develop it into a behavior that forms an experience of it, that not only “proves” it through the application as an experiment, but allows us to gain insights where we can modify the basic idea, correcting any errors in the idea, in order to utilize it to create the results it claims to produce. We can only know the validity of ideas through experimentation that applies them to create at the material level, where we then “experience” the knowledge through a form of self-realization.

The practical application developed through consistent application, forms it into a memory that systematically programs the subconscious mind through the memory as an actual behavior that becomes a natural tendency or built in skill as a natural part of our mental paradigm. We only truly integrate the knowledge through experimentation that produces an experience of it by blending into it and becoming the vehicle through which it comes into the world. By embodying and imagining it as a working concept, we use it as a patterning to direct our behaviors and activities that transforms it as an inner reality into an outer reality, that is then absorbed and synthesized by the mind, upgrading the mental model of the mind through the incorporation of it as a natural perception and way of feeling and thinking, and through the acquired set of behaviors that it naturally employs in order to create it. 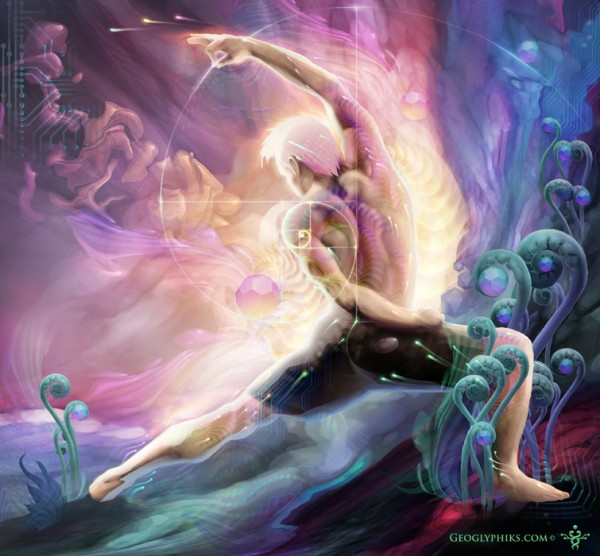 Knowledge that’s held at the theoretical level, never tested and applied to ensure its validity, remains a theory, and is not integrated into our paradigm as an experience and behavior of some kind, and is therefore NOT actually acquired, nor carried forward as an essential part of our “self”. We only truly know what we can do, and demonstrate. To say that spiritual knowledge exists only in the spiritual realm, and can’t be meaningfully applied to the material realm through practical application, isn’t true, and merely demonstrates a lack of understanding in terms of what spiritual knowledge is. It’s an error in how we perceive the relationship of the spiritual (invisible forces) with the material (visible forces). The basic fact that underlies all reality is that the spiritual as vibration forms patterns as ideas that organize the form the material world takes on, which determines how it functions and behaves, and what processes it naturally undergoes. While many think the spiritual (invisible energy) is symbolic of the material, actually the opposite is true, and the material exists as the symbolic form of the spiritual. The energetic vibration is what shapes matter into forms, while also imbuing it with consciousness as a form of personality that “operates” it.

Knowledge itself, as ideas, which enter the mind as inspired insights, and are developed by the mind into conceptualized ideas, are principles and laws as archetypal ideas, that are exceedingly applicable by lending themselves to an infinite number of adaptations, each of which produce the basic idea in a new form as a variation of the original idea, which is objective, metaphorical, and universal in nature. All spiritual knowledge as laws can only be truly known and understood through practices of some form. The only “theory” in spiritual knowledge lies in gaining a fundamental understanding of the laws involved, which is necessary for utilizing and applying them to develop the routine practices of your daily life. By practicing and using these laws to create, you learn them through the experience of them as self-realization. This realization allows you to immediately identify the same laws being played out through a variety of practices and creative processes, regardless of what form they take on, and this ability to identify law by perceiving it from the perspective of experiencing it, develop our intuitive capacities which “receive” the information as a direct experience of it.

By entering into an idea, becoming one with it, having an intimate and immediate experience of it, lets us know if its true or not. We can recognize truth from error, because truth always operates as law, whether physical or subtle, and can be applied to any situation or set of circumstances, where it creates a material reality as a natural process of some sort. If an idea being portrayed can’t be experienced or applied by anyone to create what it claims to create, then it shows us it’s not based on principles and the fundamental workings that underlie all of life that determines what organic processes it naturally undergoes in order to “become”. 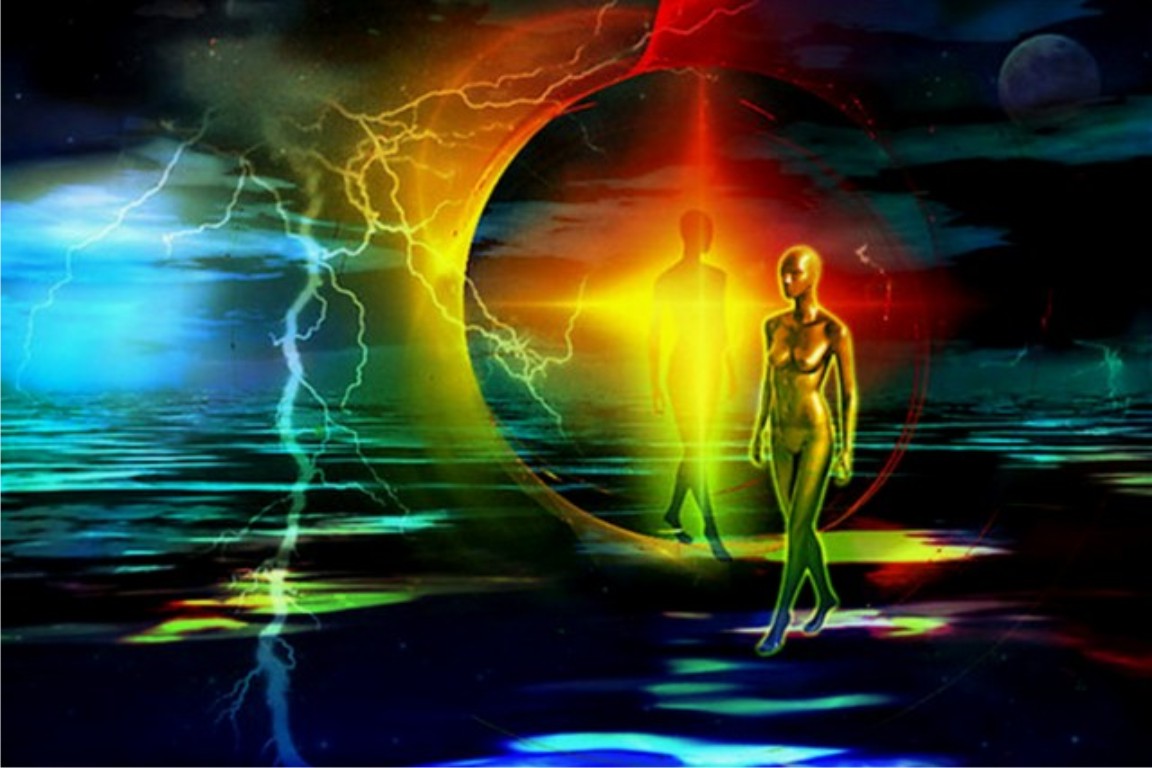 The most fundamental law that many fail to recognize is that spirit as consciousness or the mind as a field of information (a concept used to understand it), is also matter itself, which is the passive component that “receives” – takes in and is in-formed by consciousness – which is the active force of a complementary whole. Spirit, mind or soul, and body, are different aspects of the same thing (idea) in different densities as a series of complementary opposites that engage in an interactive process of resonance, sympathetic induction, and coherence. Consciousness itself is a self-organizing force that impregnates (magnetically enters into) matter, structuring the form it takes on as its body or vehicle for expressing, that forms by organizing particles through a positive charge, where something appears to come out of nothing. The active force enters the passive equivalent (same vibration as a state) forming the molecular structure as a combination of information that forms the molecular structure of a single cell, as the composition of all the information and patterning sequences, as well as the spatial model as a form of organizing blueprint for undergoing mitosis as self-generation, organizing billions of reproductions into a larger, unified organism that’s imbued with a personality and distinct tendencies as the behaviors and activity it naturally and systematically engages in. Spiritual knowledge as laws that govern all of life and the natural world, are what creates everything and can be observed in natural processes where the same set of laws are at work creating a multitude of forms with specialized functions. We can know spirit by observing and engaging in the creative processes of life and death in the natural world, and by gaining self-knowledge as self-awareness of how those same laws operate to create us and work through us.

As humans, we are a perfect microcosm and mini-model of the cosmos as the macrocosm, because we are the only species on this planet to be imbued with the higher capacity of creativity. We are the only animals capable of individual thinking and using these laws to self-create by willfully employing them with full awareness of what we’re doing and the reason we’re doing it. We are not confined to instinctual, unconscious behaviors produced as a part of the collective unconscious that we share with all other humans as a species, but rather the ability to create through willful acts that employ knowledge of the natural laws to manipulate nature and the natural forces to create by way of them. By employing spiritual knowledge as laws, we can develop ourselves by way our creative ability to intelligently employ them to produce our practical skills and daily lifestyle as a means of self-creating, and systematically growing ourselves to higher and higher forms of intelligence through expanding our creative capacities to apply laws in numerous ways to create an infinite variety of possibilities through our ability to adapt, utilize and overcome.

The Monad – The Primary Law of the Mind
“The Electromagnetic Sphere of Consciousness that forms the Individual Mind of the Soul” The Monad is a term used in Sac...
Tetragrammaton – The Sacred Name of God - “The Sacred Formula for Creating Reality using our Imagination”
In sacred geometry, all ideas are represented by a geometric shape (the chemical structure of the physical world) or com...
How to Change Bad Habits – Learning how to Operate your Mind
Using the Power of your Will to Change your Lifestyle Many people seek to change what they’re doing and what practices t...
Exercising the Power of Choice to Create your Life
The most fundamental way we direct the events of our life and create our own experiences is through the decisions we ma...
The Nature of Projection, Judgment, and Emotional Reactions
The idea that whatever we see in others and have a strong reaction to is something that we also have in us, can be diffi...
Love, Equilibrium, and the Power of the Imagination
The Law of the Hexad While all forms of sacred geometry represent universal laws that govern multiple interlaced dimens...
How we Progress as a Soul through Employing Higher Knowledge
Our true spiritual development can seem a bit elusive because we’re often not clear on the difference between acquiring...
Our First Birth – How we become a Product of our Conditioning
This process is very important to understand in order to heal psychologically and in order to intentionally evolve our ...