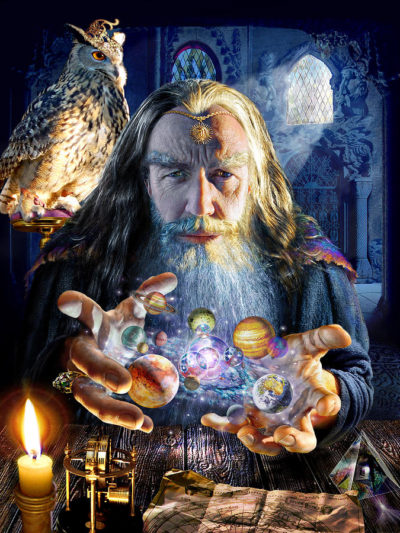 All of what we call the “major systems” of Spiritual Sciences are correlated with each other and form a dynamic series of correspondences that serve as the means for interpreting the principles that they all share in common. All actual or true spiritual knowledge as “higher knowledge” is based on a practical understanding of laws and principles. All material systems as organized elements that form what we perceive as reality are shaped (organized, ordered, and structured), held together as dynamic patterns, and animated as behavior by universal principles.

The fundamental means of creation come by 3 primary forms of expression: numbers, letters, and words. The numbers used in any system are not a means of counting, but represent principles and how they exist in relationship with each other to form a whole. Numbers are interpreted as principles that are correlated with letters and words, and together form a whole system of correspondences as sounds, colors, symbols, geometric shapes, planets, archetypes, and metaphorical ideas, and so on, that are all of the same “nature” as a quality of consciousness or state of mind. Our mental state is what forms our vibratory frequency as a dynamic metaphorical pattern that then forms our perceptual lens that’s used for shaping our material reality to be of the same pattern on a larger and more inclusive level.

The “causal plane” of the mind exists as a “singularity”, and in the system of Numerology the Laws that it’s comprised of are represented by the single digits of 0 through 9, with 10 being 1 on a higher scale or octave. All multiple digit numbers are reduced to a single digit that reveals the primary principle involved. All combinations of numbers construct a formula that demonstrates the relationships involved between the active principles. Numbers are philosophically interpreted to find their meaning as the principles that are active and expressing to create in any material formation. The principles that are actively demonstrated through the numbers involved provide us with instructions as a formula for working with them in the practical sense. The 10 primary Universal Laws are purely energetic (mental) in nature and serve to give explicit instructions on how to use our “mind” to create reality. Reality as we know it is a mental construct that’s formed out of our consciousness as our “perception” of it.

The first 3 laws (0-2) are actually 1 law with 3 aspects that perform different functions of the same thing, and are called the “3 in 1 Law”, also referred to as the Trinity or Triad. The Triad represents the 3-fold nature of the mind, soul, and self, which also makeup what we perceive as a 3-D reality or hologram. This primary law reveals the nature of the “Supernal” as being comprised of dual aspects (masculine and feminine), which combine to form a unified reality. This 3 in 1 Law (0, 1, 2) is considered the “Parental Law” (represented by the Dyad) as what acts to birth the Triad, represented by 3, which is considered the first “real” number as the “mental formation” of an idea. It’s real in the sense that it’s here that an idea is first organized into a light-form in the faculty of the imagination (inner) and serves as the basis for organizing material reality (outer) to be of the same pattern as a thematic idea. The inner and outer are actually a continuation of each other.

Out of the Primal Triad comes its offspring as a mirror image, and births the material world through 7 primary principles. The first “true number” is 3, forming 7 principles that systematically emerge from the Dyad as 3, 4, 5, 6, 7, 8, and 9. All proceeding principles maintain their polarized state as a relationship between the inner and outer, self and another, and upper and lower as the means of constructing material reality. There’s a complementary relationship between 3 and 4, 5 and 6, and 7 and 8, which culminates in 9 as a complete and perfected cycle of creation.

The 10 primary Universal Laws are represented in the Qabalah as spheres of consciousness that exist in correlated “energetic states” as a creative process that uses archetypes as unformed (invisible) ideas to produce an equivalent material reality. This entire creative process is also dual in nature as a movement between upper and lower planes that provides us with the process for both formation and transformation. These principles are also represented in the Tarot as the 22 trump of the Arcanum which provides us with a “key” for interpreting the 10 primary laws and the 22 Paths of the Qabalah.

The first 11 principles of the Tarot involve formation as a complete cycle, and the second 11 the process for transformation of the original form created to a higher and more perfected state. The 22 major Arcanum of the Tarot form a dynamic series of correspondences that correlate with the 22 letters of the Hebrew alphabet and can be used for interpreting and deciphering the symbolic “code” inherent in words and names. The Qabalah has 10 primary and 1 “invisible” sphere (11) that’s not an actual principle as an operation, but symbolizes instead moving from a higher plane to a lower one for a total of 11 spheres.  These 11 spheres correspond with the 22 archetypes of the Tarot as a descent of spirit into form and then the ascent back into spirit as the full cycle of creation and transformation.

The 7 Hermetic Principles represent mental states and processes of creation that are energetic in nature and correspond with the 7 chakras of the subtle body (mind), 7 planets of the zodiac, 7 colors of the spectrum, 7 notes of a musical scale, and so on. The key to understanding spiritual principles in terms of being able to accurately interpret them is in understanding the Law of Correspondence, which is the 2nd of the 7 Principles. These principles give us insight and instruction on how to use our mind to create our self and our reality, which are done through the same mental process. Following a metaphorical correspondence to the 7 chakras, the first 3 are immutable (meaning they can’t be changed or transcended), and the 4 that proceed out of them are mutable and can be worked with by using the first 3 to transform them.

All laws exist as a relationship where one lays the foundation necessary for the next to spontaneously arise out of it as a growth process (the beginning and end as a continuous cycle). When we’re looking at the principle represented by 3 as the Triad, it comes as the full expression of 0-2, while still containing the latent potential of 4-9. The Monad, which is the primary principle of the mind and soul, contains the seeded potential for all the rest, which it acts to birth as a process of creation by turning an invisible idea into a material form.

All names that are used in spiritual texts and allegories are actually a “code”, which when interpreted accurately through the formula of principles inherent in the letters that spell the name, give us great insight into the active forces as an operation that’s actively expressing through their personality and activities. Throughout biblical texts there are 72 (9) names of God that are used in the context of various allegories, which serves as a code that reveals the law as an operation being used and quality of consciousness being expressed through the nature of the operation.

In a similar manner, any sequences of numbers serve as a formula of principles that together perform a singular operation. While all multiple digits are broken down to a single digit as a primary principle or stage of an overall process, the numbers the formula’s comprised of gives us further clues as to the qualities and relationships involved. Example: 163 = 10 = 1. The 163 gives us insight into the energetic nature of 10, and how it exists in relationship with 1 as a combined function of a particular nature. The 1, 6 and 3 are principles as a relationship or sequence of coordinated activity that acts as instructions for “how to” perform the overall operation represented by 1.

Names, dimensions, dates, coordinates, relationships, symbolic form, colors, sounds, and so on, are providing us with dynamic formulas as to the “inner nature” (soul) of something, not as an actual physical description of the object itself. While we tend to think that the spiritual world is symbolic of the material world, it’s actually the other way around. The form doesn’t give rise to the life that inhabits it, it’s the “life” as the soul that acts to shape the form as a correspondence or symbolic representation of itself. Our soul exists as an archetype imbued with specific attributes and qualities that form a corresponding vibration. All vibration is a thematic pattern shaped by a mental image. Whatever image of ourselves we form we systematically shape others and the world at large to be of the same image and likeness. The nature of the form gives us clues as to the nature of the consciousness that first acts to shape it then animates it with life.

It’s only through our inherent (practical) understanding of universal law and principles and the dynamic system of correspondences that we can accurately decipher the code hidden in material form as the principles actively operating to create it and then use it to express through. The chain-of-association that naturally takes place when we view everything as symbolic is based on our personal knowledge of attributes and qualities that pertain to specific ideas as correlations. As with algebra, we can know the unknown parts of any equation by how they exist in relationship to the known parts. All material form is shaped as a relationship with its creator.

Emotions, Dynamics, and Reactive Behaviors – How we become Who we are
One of the easiest ways to understand how we become the way we are is to look at the natural relationship that exists be...
DNA Transformation – The Law of the Tetrad
The Universal Laws demonstrated in Sacred Geometry provide us with the practical tools for learning how to use our mind ...
The Mind-Body Connection: Frequency, Sympathetic Resonance, and Coherence
The body and the mind exist in a polar relationship as passive and active aspects of the same frequency. The body serves...
Meditation, Self-Realization, and Transcending the Illusion of Reality
While many people approach the idea of meditation as a method of some kind that’s designed to produce a predictable eff...
Psychology: Understanding the Power of Emotions - "Emotions are Altered States that Project Whole Realities"
Many of us realize to some extent the powerful effect emotions have on us in our daily lives, but because we get caught...
“12” – The Initiate, the Great Work, and the True meaning of Self-Sacrifice
In the occult sciences all single numbers (0-9) represent laws, while all composite numbers represent formulas as proce...
The Secret behind Understanding how Spiritual Guidance Works﻿
The premise required for truly understanding how life works and how we successfull...
The Creative Power of the Imagination – Free Choice, Will, and the Nature of Memory
“The way to alter an outcome is to alter the pattern (memory) producing the outcome”        In order to create by way of...