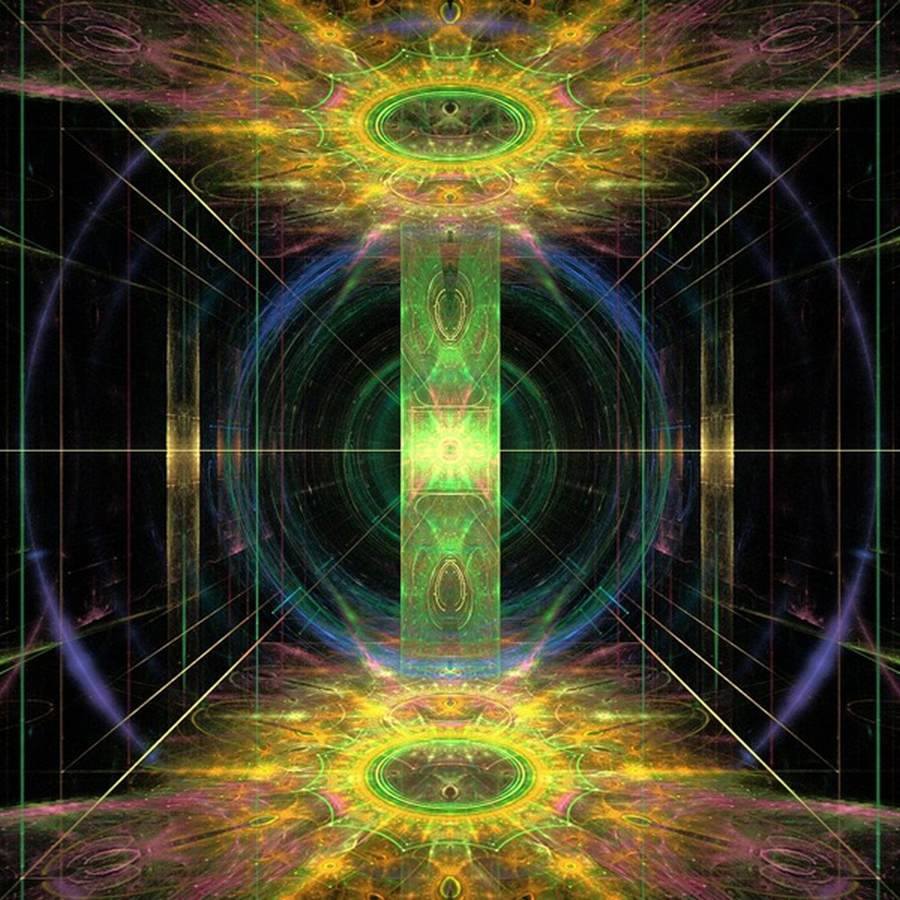 Meditation, as a practice, works off the same principles as trance and hypnosis, and serves the same overall purpose. When we meditate, we completely relax our body while withdrawing all consciousness from it, and we lose awareness of our physical existence. We calm and silence our thoughts and enter into a purely inner state that’s spacious and calm. This is the experience of rendering the conscious mind (active thinking mind) passive and latent, while bringing the subconscious into an active and dominant state. We switch roles, so to speak, of what is inherent in our normal waking state. The subconscious, unlike the conscious, acts as a passive vessel for ideas to be planted in that it gestates, grows, and brings into expression as an experience of reality. This is much like a suggestion that’s given while in a hypnotic trance that’s not resisted, but readily taken in, and allowed to take hold, then developed in the imagination by thinking about it.

The whole process of personal transformation as intentional growth and development of latent potential, comes through a form of ‘programming’ or introducing new information into the subconscious, which accepts it, and uses it to re-inform the mind in terms of our mental paradigm, which simultaneously alters how the body functions and behaves, and it becomes a natural part of our being. All energies are polar in nature as active and passive components of a single entity, and move back and forth between active and passive states. Whichever one is active, the other resumes the passive position. They can’t both be active at the same time. This same principle applies to parallel dimensions of what we call higher and lower planes, and when our mind is active on the material plane, the spiritual plane, complementary companion to the material, is rendered passive and inactive. By putting our physical mind in a passive state, it not only activates the spiritual plane of the universal mind, but becomes the receptacle for the thoughts and ideas that are transmitted between planes. 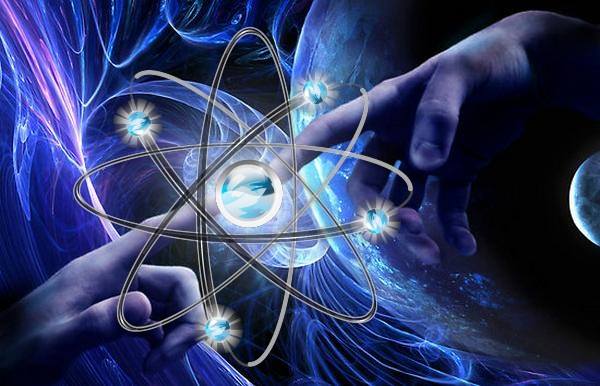 By making our physical self a passive receiver, knowledge as ideas can be directly injected into the subconscious mind. Conception takes place where we are impregnated with knowledge as a mental transmission. This acts much like a germinal process, and the idea, once planted, begins growing and budding as an adaption to the individual mind that’s acting as the means for it to express through. All germinal processes occur in the darkness as the early stages of mental unfoldment with a genesis of ideas, rather than being received in a fully developed state. Once planted, and allowed to germinate, they are developed into full ideas by the active forces of the individual mind conceiving them. We are always required to use our creative capacity of imagined thought to develop ideas as our own. Meditation polarizes us to the higher planes where knowledge comes in as an unbroken flow of information about a particular object or subject.

In purely practical terms, meditation is the only truly safe method of self-regeneration. It draws nerve energy up from the reproductive centers without any fixation of attention on the centers themselves or visualization process for intentionally drawing it up, and without any thought about sexual functions. Meditation directs the currents of solar force by acts of self-conscious attention. This forms an axiom as the fluid channel between higher and lower dimensions, and is the means through which “above” seeds and impregnates that which is below, and is the principle represented in the saying “as above, so below, in the wondrous operations of the One thing”. Meditation opens the channel for knowledge to flow freely into the subconscious mind, through what’s called the “axis mundi”, traditionally illustrated by a tubular funnel or wormhole-like tunnel, or the trunk of a tree, that connects the upper branches (air-intellect) with the root system (fertile earth) which forms as a symmetrical reflection of it. 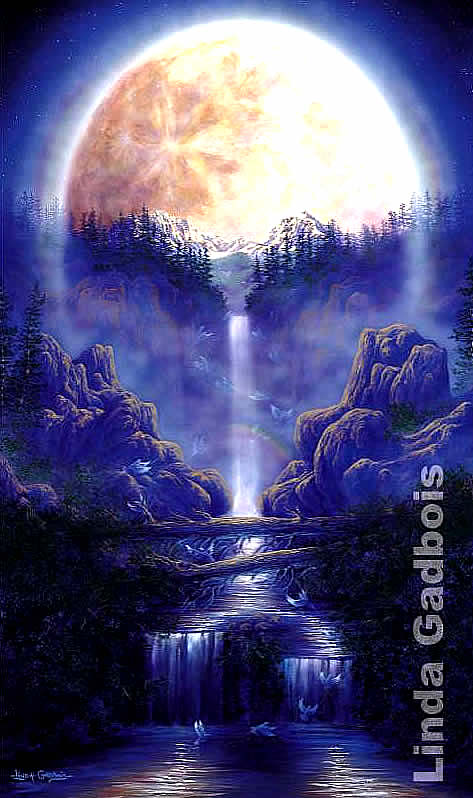 Meditation also requires, and therefore acts to develop, intense concentration, which is a necessary faculty of the mind for the activity that leads to the discovery of difficult and elusive modes of truth. This fosters natural intelligence as the awareness of the hidden mysteries in Nature. This is how the great occult powers of the Adepts are developed through intense concentration and prolonged meditation. All innate powers of the soul are developed through meditative states that act to work directly through the subconscious mind, which is the aspect of the mind that governs and creatively utilizes the elements of the material plane to self-actualize skills and abilities through natural behaviors that are a part of our primary perception, and manifest a corresponding material reality by rearranging it through resonance.

Meditation brings us into contact with the subtle force as the strength whereby the inner beast is tamed, not by active force or willed action, but through the impregnation of truth that grows inside until it ultimately gives birth. All personal expression comes through utilizing the universal knowledge of archetypes and embodying the proper states of mind necessary to fluently express in the outer world as an ‘original idea’. Meditation unveils the mysteries of Nature to the enlightened seer, by revealing the inner nature of things that’s producing the outer appearance and motivating the behaviors it naturally displays. The active force of the self-conscious mind (thinker) in a passive state becomes the witnessing faculty of the mind, and doesn’t exert an influence or control over incoming information, but merely “watches it” as it spontaneously unfolds before it. In this way, we act to receive knowledge that we are entirely unaware of in the normal sense, and are educated from purely internal sources instead of external ones.

Meditation is symbolically represented in Spiritual Sciences by the 8-pointed star, which forms a wheel, circle, or sphere that’s the symbol of spirit. The form the ideas take on and play out resembles a clear essence as the substance of stars which is a translucent, gaseous fluid of an almost ghost-like nature. These impressionistic images, often resemble the ‘nebula’ in space that accompany star-systems as their raw emanation and ultimate substance that’s ‘charged’ and coagulated to take shape as various life-forms. Often we have the “experience of seeing”, even though there’s no actual (material-sensory) image. Sometimes actual forms are not involved at all, and it comes as more of a silent knowing that shows you something about and idea or object you didn’t know before.  Much like a deeper form of thinking that’s penetrating and feeling oriented. In all of our creative work we’re working with an actual force that has definite forms of expression, and meditation modifies and transmutes this cosmic energy into physical expression. This energy comes into expression as a nerve-force that stimulates the body, altering and producing a personal expression of a distinct character. This control of nerve-force works through the seven inner stars, which correspond with the seven colors of the spectrum, the seven major metals, the seven planets of the zodiac, and the seven notes of the musical scale, infusing life with a distinct personality and set of behaviors as their mode of expression, all originating from a purified state of original ideas.

Meditation always focuses on a state of mind as a quality of consciousness that naturally undergoes modes of operation as a natural form of self-expression, and recognizes natural laws as an interconnected larger process. It works by creating the “experience of it”, so you become the vibration of it. When we induce a relaxed state and turn all of our attention inward and concentrate on inner feelings as an actual experience being produced within us, we arouse the activity of corresponding centers, without any danger of becoming energetically congested, which is what often happens when we work with our own system in an intentional, though somewhat uneducated manner. This is how we gain knowledge of the universal science from a direct and pure source, unadulterated of personal interpretation by someone else, by concentrating on a quality of consciousness as a “state”, which has a natural form and mode of operation inherent in it that ensues from it spontaneously. Out of “states” come entire realities as the expression of the characteristics it infuses matter with.  All spiritual knowledge comes in a unified form that “shapes us” (our character) by blending and becoming one with it, modifying our character to be of the same nature and therefore ideal for expressing it in the world. We acquire knowledge by “becoming” it in form (mind and body).

Meditation is therefore the ideal way to transform yourself, because the qualities you’re conceiving within you, as primal (formative) knowledge that simultaneously shapes your character, is of a pure nature and straight from a higher, spiritual source. This is the most basic form of “God’s Will be done through you”, where we put our own anxieties and desires aside, and become a neutral vessel for higher powers to work through. We consciously connect to a higher source while becoming a passive vessel for information to be downloaded into, reforming our mind through the integration of becoming one with it, and it “shapes our character” to be like it in consciousness, and out of that state-of-being . . . we naturally express and create in very specific ways.

What is Spiritual Healing?
Many people feel a bit confused with this idea because we’ve been taught to think in a dissociated way where we fail in ...
The Law of the Triad – Resonance, Sympathetic Induction, and Coherence
The world is a vast soup of energy that’s always stimulating and interacting with itself in others. Each entity or mater...
Mastering your own Mind: Will, Intuition, and our Relationship with our Higher Self
In order to learn how to master your own mind you have to form a working concept of it in practical terms. In order to d...
Mass Brainwashing - Mastering your Will and Learning how to take back Control your Mind
In our modern day society of constant sensory stimulation and information overload, our minds tend to be constantly raci...
Intuition – Energetic Currents and the Synchronistic Flow of Spiritual Guidance
All of life at the energetic level flows in currents as frequencies. A frequency is formed by all information or ideas o...
Forgiveness – The Key to Spiritual Healing
The most basic principle that's operating all the time, in every aspect of life, is that whatever we “blend with energet...
How to Know God and Ascend in Spirit to Higher Dimensions
In order to intelligently consider this idea we have to start by defining what we mean by “God”, because this idea is d...
﻿The Art of Creating Yourself as a Higher Level of Consciousness
The Art of Creating Yourself as a Higher Level of Consciousness        The most notabl...