Thoughts are an interesting phenomenon when you really stop to become aware them. Most of us don’t really perceive having any real control over our thoughts, which tend to run through our mind in a habitual and automatic manner. We’re simply always thinking about something, and tend to think the same type of thoughts over and over in a repetitious and unconscious manner. In this sense it’s as if we are tuned into a frequency of those thoughts, and they are thinking for us, through us, as us. The “type” of thoughts that we are programmed with (think about routinely), we usually pick-up from our environment through various forms of suggestion that activate memory of some sort as imagined thought processes that work “through” us, and on us, to create us. We become what we think about. This process takes place largely at a purely unconscious level, not only in the sense that we’re typically unaware of our own thoughts (in the real sense) but more importantly, that we are unaware of the fact that we can actually direct our thoughts and intentionally think about certain things in certain ways, at will.

In meditation, the initial stage is going within, shutting out the outside world, relaxing the body (memory as unconscious programs are held in the body as tension), and calming our mind. What we usually find is that we’re usually in the process of a constant stream of thoughts, most of which are random in the sense that we go from one thing to another in a sporadic fashion, and a large percentage of our thoughts are meaningless in the ultimate sense because they’re a scene from a movie we watched, lyrics to a song, something somebody said or did to us, and we jump around from topic to topic almost like a form of mental anxiety or hyperactivity that fails to concentrate or think deeply on any one subject or idea, but instead skims the surface as a shallow reflection that’s based on surface appearances or emotional charges. In this we can “observe” our thoughts without allowing any of them to take hold by fixating our mind on them and diverting into a tangent as a mini thought-process, and instead simply notice what they are as they remain in a free-flow state. Instead of entering into the thoughts themselves forming a subjective perspective of being in them having them as an experience, we stand back, remain detached and form an objective perspective and imagine them as a stream moving by in front of us and just observe them while letting them continue to flow. 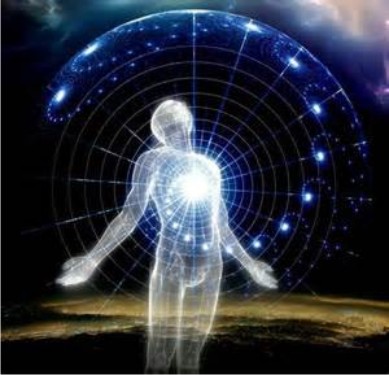 Once you’re able to do this, you can realize that you actually have the ability to choose what you think about, focus your mind, and concentrate on a subject or idea penetrating it causing deeper and deeper realizations around it. When we concentrate on ideas, and start by thinking about them in terms of what we currently know about them, it prompts a process that’s like a continuous form of growth or systematic unfolding, that begins revealing new aspects of the idea that we didn’t know before, bringing insight into it as knowledge about it. In this way we literally become receptive of knowledge. Knowledge is revealed to us through a form of observation (witnessing faculty) that’s transmitted and received through entering into the flow of the idea, and becoming one with it. By focusing our mind on it, we enter into rapport with it, and it comes “through us” as a form of visual transmission as a tuning device. We tune into the idea as a form of wave-length, enter into the flow of it through concentration, and we become “it” in thought as a direct experience of it.

Our mind is our most powerful means of learning through direct experience, not only in the outer sense of having a physical experience, but also in the inner sense of becoming a receiver for information by tuning into it with a sense of curiosity or love for it that makes us a magnet for it. Intelligence as information or ideas exists in the energetic realm as pure vibratory frequency that is tuned into by holding an idea of that frequency in our mind while concentrating deeply on it. Our attention is a stimulating and antagonistic force that not only directs life force energy into whatever we’re thinking about, animating it and bringing it to life inside of us, but it also animates vibratory patterns (ideas) that are of the energetic realm that exists in a constant state of becoming.

The spiritual realm is unformed because it remains alive and in an evolutionary flow of constant transformation through endless variations of itself based on the adaptations it undergoes in relationships that it forms with everything else, which modifies and reformulates it in a moment by moment manner. Ideas (archetypes) that exist as laws (form and function) in the spiritual (energetic) realm of primordial intelligence remain in a constant evolutionary flow of becoming endless versions of itself. Unlike the material realm of death where things become solid and fixed into stagnate forms that either cease evolving and begin decaying, or evolve in a painfully slow manner, the spiritual realm remains alive and always growing into something greater and more complex through the dynamic nature of the relationships as variables it forms with life as a whole. The spiritual realm exists in a state of pure potential as a wave-form that contains billion of potential forms as possibilities for creating one idea as a thematic reality that personalizes a universal theme through a specialized application. The wave is collapsed into a particle through selection (fixation) forming one possibility out of an infinite number based on the channel (individual mind) it’s drawn into and used to create a personal and individualized version of the same idea within the context of their life as a whole.

When we “tune into” the spiritual realm of living forms, and we concentrate on an idea or law (dynamic idea), not holding it to one form as our belief about it, but rather detaching from our opinions and viewing it from an objective perspective of pure observation, it dances before us in a shimmering glow of elegant movement that reveals its hidden aspects and intimate secrets buried deep within its nature that elicit a state of wonder and awe in us as we behold it in its simple yet profound magnificence. Its beauty alone fills us with an overwhelming feeling of love and positive regard that warrants a state of pure devotion. It shows itself to us by entertaining us with a sense of fascination that arouses every aspect of our being while hypnotizing us with its beauty, and we draw it into us, becoming pregnant with it. In this way, we conceive of and act as the channel that gives birth to an idea as a co-creation by how we express that idea in our life and using it to create ourselves by way of God to become “godlike” as the channel through which higher vibration moves freely without being obscured and corrupted.

All of life is a form of meditation as a concentration of certain type of thoughts that tune us to the vibration of those thoughts making us a transmitter and receiver for more of the same type of thoughts. We become what we think and create our life as an expression of our thoughts. Our thoughts reveal our vibratory frequency as our quality of consciousness that expresses by creating the reality of our thoughts as experiences of ourselves in the outer world that is equivalent to our inner world. Our inner world of thoughts that form our imaginings as the experience of our thoughts as a reality, are how we “request” those experiences by using the creative power of our imagination to form them as a thematic template or vibratory patterning that becomes our perceptual lens and method of creating experience by how we interpret the outer world to mean the same thing as our inner world. What we focus on and think about by telling a story out of it, we act to create by perceiving its equivalent in the outer world while telling the same type of story about it, which creates our experience of it.

“The Power of 7” – The Birth of Christ, the New Moon, and Annular Solar Eclipse
In our modern world of excessive materialism we’ve lost the essential meaning of life as a soul. Rituals and festivals ...
Understanding the Nature of Karma as the Seed for Our Soul's Evolution
The idea of Karma has been greatly misconstrued over the years due to a fundamental lack of understanding as to what it...
The Nature of Emotions and how to Consciously Work with Them
Illusions are Born out of the Realities we Create While in Emotional States   In order to work with something consciousl...
Energetic Imprinting, Conditioning, and Dynamics – Liberating your Soul from the Unconscious Tendencies that Bind You
Our soul is comprised of essence as memory that comes from the relationship it forms with the body, which resides in a p...
Divine Providence – Intuition, Fate and Destiny
The idea of Divine Providence, like fate and destiny, indicates that there’s a grand plan laid out for our life and that...
Defining Reality – Objective, Subjective, and the Nature of Illusion
There tends to be a constant form of confusion around the idea of what we call “reality” because it's produced as a men...
The Art of Introspection – Self-Knowledge, Awareness, and Tools for Transformation
The cornerstone of all spiritual growth and psychological healing comes through the motto “know thyself” as attaining de...
The Absolute Law of Karma – Mortality, Immortality, and the Nature of Destiny
In most esoteric texts and spiritual doctrine Karma is referred to as the “absolute law” because its fundamental in...