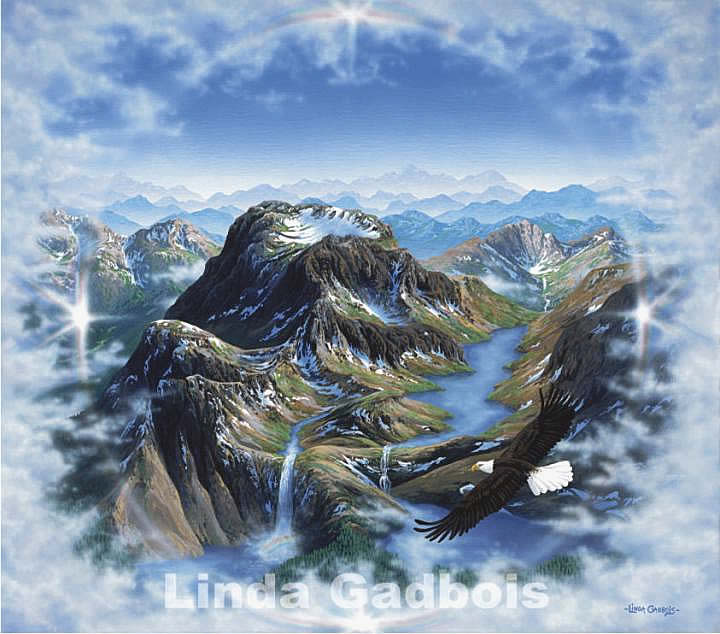 The idea of leadership tends to be viewed by different people in different ways, most of which invest in the idea of a “program” of some sort, a form of organizational structure as a hierarchy of power and control, or as a position responsible for overseeing a whole group of people in different departments and roles, and while all of these are true to a certain extent, the most primary skill inherent in, and what determines a person’s ability to lead is the psychology being utilized in a deliberate and strategic manner. Psychology is a persons ability to work through an understanding of how the mind, as the field of energy that informs and animates the body works, and their ability to operate within it, by not only employing it, but by demonstrating it. Demonstrating it through their whole performance, both natural and intentionally developed, to work with the mind of others by using their own mind as the controlling mechanism. We can only control, guide, or influence others to the exact same degree we can control, guide and influence ourselves. We influence people and direct the course things take by how we’re being in the situation, and how we enter into relationship with it.

In order to understand the basic rules of psychology, we have to gain a fundamental understanding of the laws that govern subtle energy as consciousness itself. The mind, which is an energy system, is what motivates and animates the behaviors of the body. The body as a set of behaviors is a direct and equal reflection of the mind that’s expressing through it. To change or determine the behaviors a system or group dynamic takes on, you have to work by creating and setting into motion the proper mind-set. Not by adopting a regiment or business model as a plan that’s laid out, but by “becoming” the demonstration of the qualities and characteristics that form a dynamic relationship necessary to act out or perform the business plan as a group personality and identity with a distinct style or “quality of experience”. To understand how to do this, what the creative process is that’s always operating in a situation; we have to look at how energy itself operates. 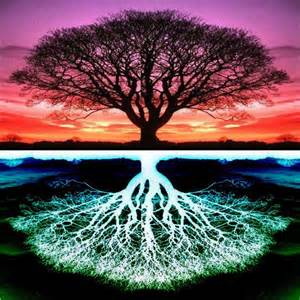 Energy can be thought of as “qualities of consciousness” that has a distinct personality to it, as a feel, that motivates corresponding behaviors by “animating matter”. Energy forms a natural relationship with matter through resonance, sympathetic induction, and coherence. This is where a vibration as a feeling or quality of consciousness acts to vibrate that same quality in another. Whatever quality as a “state” that an individual is vibrating to, stimulates, awakens, and brings into activity that same state in another. It literally enters into the body of another and vibrates that same quality in them, bringing it out in them as an active state, which then establishes the nature of the interaction as a relationship formed through the expression of the same quality as a “shared” state of mind.

The expression as an interaction based on the relationship formed by the same feeling in another in response to us, adapts the state to a new form as a new combination based on what idea, thought process, or memory is associated to the feeling in both people, that forms a new pattern-idea through the interaction itself as a relationship that forms a new vibration as equilibrium that forms coherence. We modify the state of another through our state, and how we’re openly and outwardly expressing it through our attitude, perspective, and behaviors. Whatever mood we’re in and how we’re behaving stimulates a like-response in everyone and everything around us. How we’re being determines how others are being because of us. This is the most fundamental way we’re always leading without actually realizing it. Most employ the ironic adage of “do what I say, not what I do”, then act bewildered when it doesn’t work and place the blame on others who were simply too stupid to do what they were told.

It’s pretty easy to recognize how our mood affects our behavior, and how emotional states, not only produce predictable behaviors, but how those behaviors employed and motivated by the emotional state act to tell a certain type of story as a metaphor, creating an experience that amplifies and acts to give us more of the same feeling. This is because, while we tend to look at things as disconnected, separate, and independent systems, they are in fact different aspects of a greater idea that’s being expressed outwardly, creating a congruent experience. How a person feels determines what they focus on and think about, what story they tell themselves about things that give them meaning, and how they act as the outer expression of their inner reality. What we do and how we do it, are always based on how we feel and what emotions we’re experiencing. This is always true. The one is the expression of the other, and the system is holistic in nature. It’s impossible to feel one way and think or behave another way.

Once we understand this and realize that in order to create in a deliberate and precise way, we need to work by way of these laws, and not in contradiction of them. We need to first develop a business paradigm that’s congruent with the individual’s paradigm or group of individuals responsible for actually producing it as a cohesive reality, or match the paradigm of the individual to the business as our method of acquisition, ensuring that they’re compatible and complementary to that of the business. Then we need to envision a reality as a working idea illustrated by the business model, while asking ourselves (realizing), what state of mind, mood, or attitude, would have to employed in order to naturally and spontaneously produce the behaviors necessary for “acting it out” as a relationship or group interaction? Just as an individual has a personality that forms all their natural behaviors and the identity created out of those behaviors, a business operates in exactly the same way. Same laws and principles are at work on a different scale and magnitude. 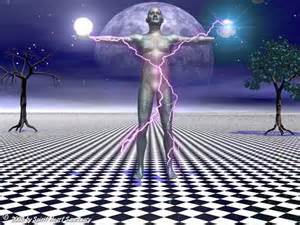 The leader in any situation has to embody the paradigm as a reality that they use to express out of. They use the business paradigm like a memory that they superimpose over the current situation, whatever that may be, and use it as a filtering mechanism to think and imagine out of, act and speak out of, and use to make all the decisions as a representative of the business as a “general perception”. The leader is always the producer of the company paradigm as an offspring of their personal paradigm, or is complementary to the company paradigm, and can readily embody it and become the active demonstration of it. By using the paradigm as a perceptual lens, we communicate and teach it through our most ordinary behaviors. Everything we do and say is the expression of it and acts to stimulate that same vision in others, giving them the means for understanding it and participating in cooperatively acting it out as a group dynamic.

Whatever reality as a personal identity the business represents as an “entity” has to be embodied and fully employed by the leader. In doing this, the state of mind that the reality exists as an outward expression is naturally employed, that produces natural behaviors of the leader. By “being” of the same paradigm as the business, and always acting out of it in a congruent manner, we act to stimulate the same state of mind imbued within it in others, then shape the idea inherent in the feelings by communicating through the relationship we form with them, that gives them the instruction as a demonstration for acting it out by first initiating, then modeling it. We literally become the role model for how each person playing a part has to become. Not in their specific roles, but in “how” they perform their specific roles as a personality being employed by everyone in the group. We are demonstrating a “way of being” that stimulates that same way of being in them. We express through an attitude that causes them to take on the same attitude. We openly display and express emotions that stimulate and bring out the same emotions in them.

We then employ this way of being by training them individually to an overall pattern as the daily operations of their role and job description, as their role in a greater idea being performed in a “like-mind” by all other team members. Through communicating and giving guidance and instruction as the vision of the business performed by daily duties that are in relationship not only to the greater whole, but to the client/patient they’re designed to serve. We teach the art of relationship that allows for constant modifications as adjustments necessary to meet specialized needs of the client or situation, while still maintaining the overall objective of the business as an outcome of delivery. 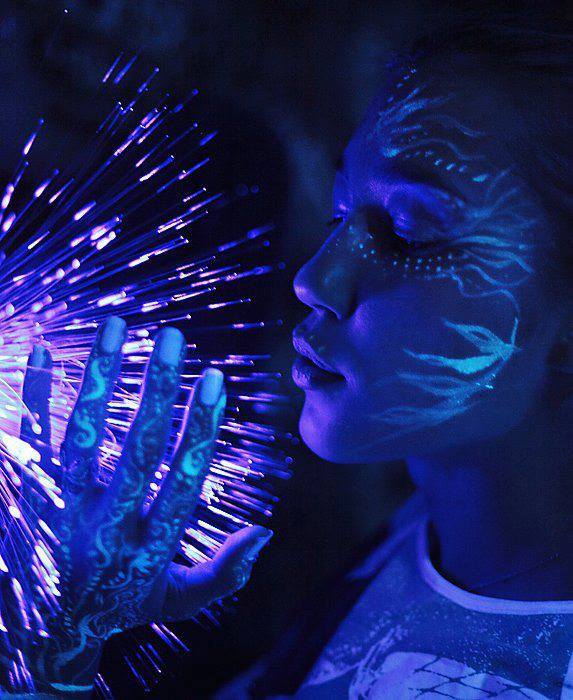 Any “state of mind” as a “quality of consciousness” lends itself to specialized behaviors and ideas pertinent to that state. By acting and ensuring to intentionally produce that state in others, we know that regardless of the modifications made to the procedures as a way of customizing them by how things are handled, that it’ll remain consistent to the state of the person performing it. Any reality as an experience is an idea as a vibratory frequency or biological pattern of consciousness that’s holistic and complete, and has everything inherent within it to produce it as a material reality as the idea, feeling, emotions, thoughts, and actions. We’re always producing more of whatever we’re demonstrating. Our mood determines our disposition and temperament, and how we express to create realities as personal experiences. Embody the idea, employ the state as feelings and emotions, imagine the idea as an internal conceptualization, then express out of that state and you’ll act to naturally produce it in others.