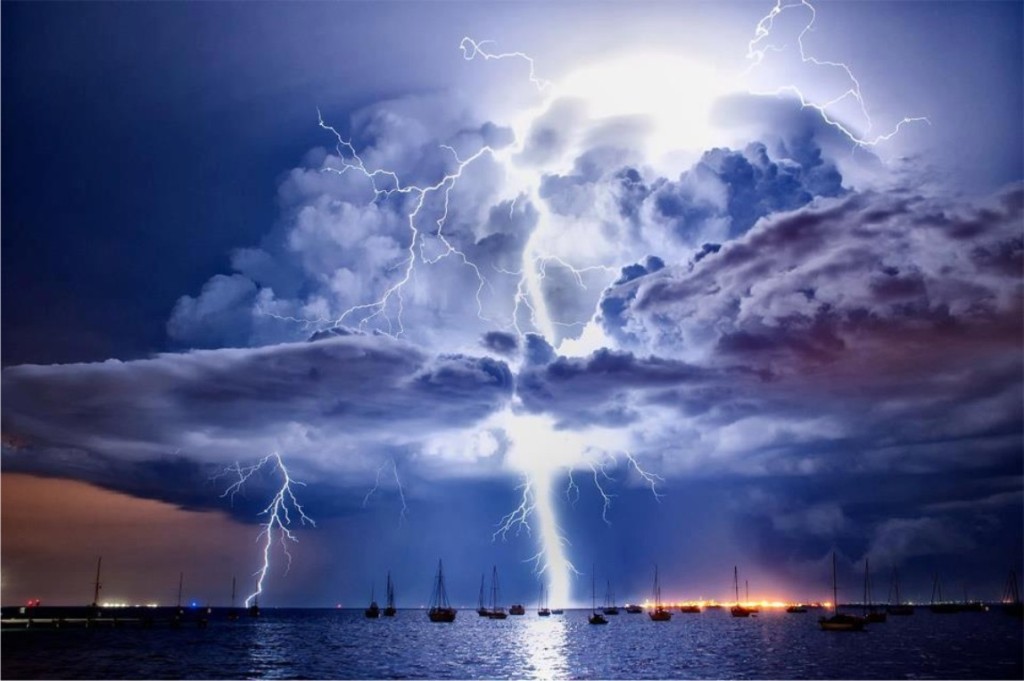 Many of us realize to some extent the powerful effect emotions have on us in our daily lives, but because we get caught up in the intensity of the emotions we’re experiencing, and begin living and creating out of them, we seldom have the awareness necessary to realize what’s actually happening and why. By looking at the process objectively, we can gain a realization around what’s happening when we’re being triggered emotionally, and through disciplined practice we can learn to control it, refrain from reacting, or deflect it all together. We can only work consciously to transform something when we’re aware of it and understand it in practical terms. Awareness is the key that lays the foundation necessary for all forms of self-mastery as a disciplined practice that develops us in very specific ways and gives us greater skill in being able to consciously create our life.

By looking at the nature of an emotion from an energetic perspective, we can view it through a clear and objective model of the behaviors which unconsciously ensue from them. An emotion can be thought of as a vibration that forms a natural state-of-mind as a quality of consciousness or mood, out of which we perceive a corresponding outer reality. Out of our state of mind comes how we experience and act to create our reality as being self-generated. The emotions we experience form a direct correlation to the memories we simultaneously access and the type of thoughts we form in relationship to them. The memory associated to the emotion that activates it, gives us an instant reality while producing unconscious and automatic behaviors as a form of “programming”.

Emotions as vibration form distinct patterns as different types of realities that become the basis of our memories. The only memories that are permanent and readily accessible (remembered) are the ones that are formed out of strong emotional states of some kind that had impact and significance. The experience we create, which becomes the nature of the memory, is an expression of the emotional state we were in, what type of thoughts we were thinking as a means of interpreting our experience that formed a story-line as a kind of theme. The theme has a script inherent in it, that whenever that memory is triggered through an emotional reaction, we begin running that script through our mind as a way of interpreting the current situation to mean the same thing as the past situation or memory. The meaning we give things is what shapes our experience of them through the story we tell ourselves about it that form what is in reality an objective (non-personal) event into a subject reality as a personal creation. We make it personal by internalizing it and making it about us.

Emotions as vibratory frequencies form states as perceptual patterns that produce distinct behaviors as the expression of that pattern, which creates the reality inherent in it as its potential. Emotions can be thought of as a form of entity that is imbued with a singular state that enters into us (through energetic sympathy), becoming one with us (consumes us), and effects us by giving us distinct behavioral characteristics as emotional reactions, that express through us (control us), and shape us according to them (we identify with our own experiences). Naturally, when in a reactive state we are creating and draw upon ourselves the consequences of our actions, and incur karma as a result. Karma is an emotionally charged memory as a behavioral dynamic which, because we are rendered “unconscious” when being emotionally triggered and act in an automatic fashion without direct awareness of what we’re doing until after we’ve done it, we remain prone to it and continue to repeat it anytime we’re emotionally stimulated.

An emotion is infectious thru energetic sympathy where it’s drawn in or readily enters into us without direct awareness or resistance, then stimulates the same vibration in us through resonance, which then reference the memories associated to the emotional state as the “type” of reality it generates through the behaviors we employ and begin acting out of as their expression. Because all this happens at the subconscious level, without awareness or an actual thought-process, we don’t realize we’re being infected with it and allow it free reign to rise up in us, take hold, and begin controlling us by shifting us to the same vibratory frequencies.

Whatever emotions we employ at any given time are the ones we live out of as our normal state, are a direct reflection of our vibration, and determine the story we tell by how we live our lives, through what is largely a continuous series of emotional reactions. They work inwardly to create the inner reality as a story we tell ourselves about what’s happening, about others, and the way things are, that we use to see through as our lens of perception, which restructures everything to tell our story about it by how we act to interpret it to give it meaning of some form.

The more we live out of a habituated state, the more we build up memories as self-generated realities that strengthen and develop those states. Whatever situation we’re in, we simultaneously stimulate it according to our vibratory frequency, and it acts to stimulate us by way of whatever emotions we share in common, calling that emotional state forward in both people, who then create a joint-reality out of it as a co-creation, which creates a new variation through the nature of the interaction itself, which restructures both patterns into a new one (interference pattern) that incorporates them, while still serving to express the shared emotion which drives and determines it. The emotional state produced by the interaction, trains that emotion to the dynamic being acted out as the joint-reality it creates through the story it naturally acts to tell, which follows a distinct theme. The theme holds true no matter how the story is generated as the inner nature of the emotional state and the patterning inherent in it.

Once we realize this, we can learn to observe ourselves in any situation where we’re feeling a distinct emotional stimulation, and recognize what behaviors are being displayed that’s doing the stimulating, and the behaviors we take on and begin acting out in response to it. In doing this, we can gain a direct realization as to how that person or situation will act to develop us by how they stimulate us. We can also, because of the awareness itself, not allow the emotion to enter into us and produce an internal reaction, and instead keep it outside of ourselves by reflecting it, where we can continue to view it objectively, without a reaction, and choose how we’re going to respond to it.

By becoming aware of how we’re being stimulated, and being able to control our own inner reaction by way of the awareness we form around it and able to see the reality inherent in it, without letting it take hold in us by becoming one with it, we can not only choose what we allow to alter our vibration, but we can begin to see people as they really are. We can see their inner nature and what reality they live out of as the expression of that state of mind. We can then gain a very direct awareness of the developmental potential inherent in the relationship we form with them, which will influence our state to be more like them and the interaction that takes place will act to “tune us” to the story as an attitude and perception that reforms us to tell the same type of story as a character with a distinct role in that story.

This is why somebody with a bad attitude and outlook on life should not be allowed to become apart of your team. If their bad attitude only becomes apparent after they’ve been employed, then they should be eliminated immediately because they will only act to influence the whole team as an interactive process to the same mental and emotional state that will alter their behavior as a result. This is especially true if they have a tendency to be intense or dramatic in their outward expression and behavior. A bad attitude and the poor behavior that stems from it, is like a cancer that grows and infects everything it touches with the same quality of consciousness.

Self-Awareness and Realization – All Knowledge can only be acquired through Direct Experience
To fully grasp this idea, wipe the slate clean of all preconceived ideas of good and bad, right and wrong, should or sho...
How to Change Bad Habits – Learning how to Operate your Mind
Using the Power of your Will to Change your Lifestyle Many people seek to change what they’re doing and what practices t...
Becoming more Conscious: How we Replace Reality with Illusions
When we say that we tend to live a life of illusions that we mistaken for reality, many don’t know for sure what this me...
Forgiveness – Transforming Judgment, Detachment, and the Key to Liberation
The idea of forgiveness can be a somewhat “slippery” subject in terms of what it actually means and how t...
Sacred Geometry - The Tetrad and the Universal Law of Creation
All spiritual knowledge exists as laws, and Sacred Geometry is the symbolic language that's used to illustrate and commu...
Understanding Different Dimensions and how to Move into them
What we refer to as “parallel dimensions” are interlaced dimensions that are polar opposites of each other. Sound and l...
How to Consciously work with Subtle Energy
In order to work with an idea at the practical level we have to form a working concept of it that serves to illustrate ...
Mind-Body Medicine: Developing a more Effective Style of Practicing by Employing Psychological Skills
One of the most common mistakes we make when practicing medicine of any kind, is that we take a system that operates as ...