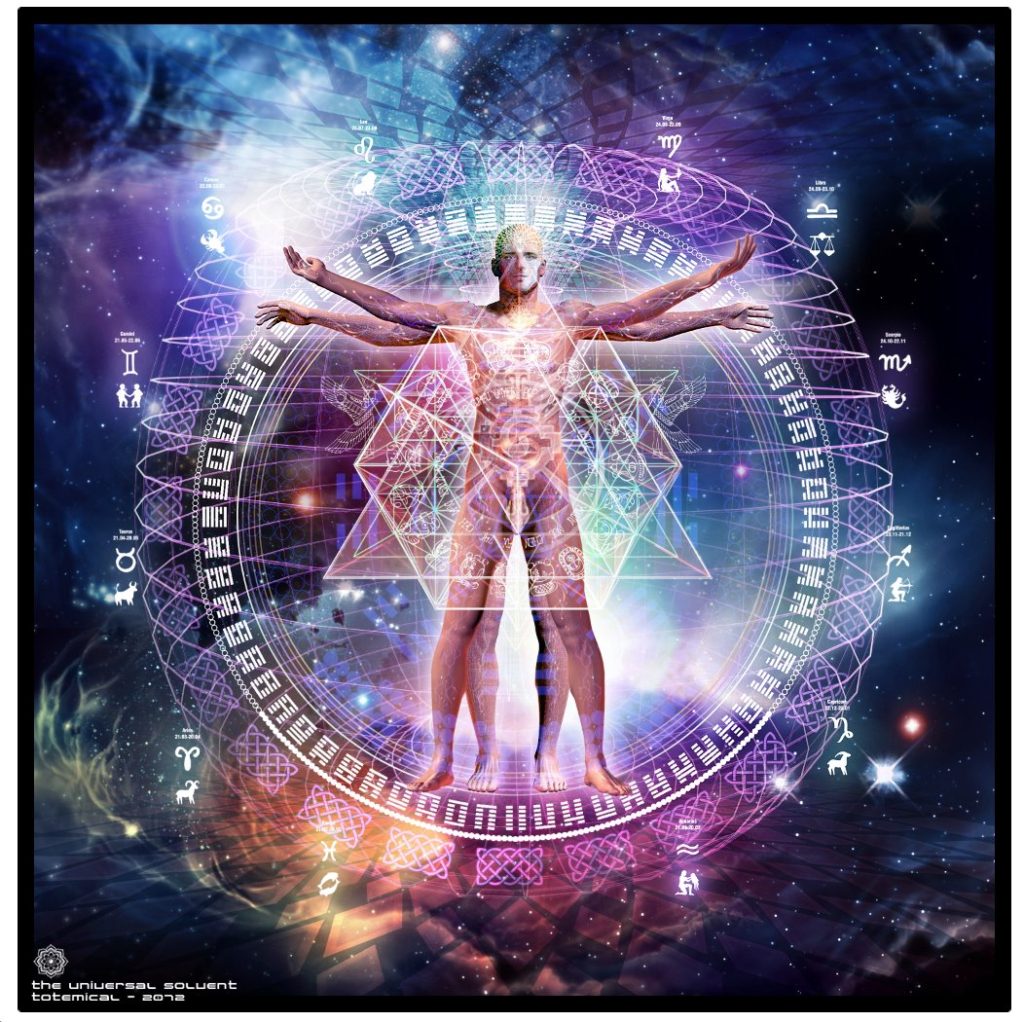 Many of us have been trained to the belief that God exists as a created, thinking entity that acts willfully in our life to produce outer effects that ultimately either causes our pain and suffering or can alleviate it, in the sense that we’re somehow being punished or rewarded for our actions and deeds. We pray or ask for divine intervention that will produce an effect in our life that’s outside of our own thinking or ability to produce ourselves.  We ask for an “effect” that we ourselves can’t seem to produce naturally or maintain if we did get it, or that will come as a violation of the law of cause and effect, which of course never happens, and as a result, our prayers seemingly go unanswered. This is due to the fact that we often fail to accurately perceive a very fundamental idea, and some of the most important ideas there are fundamental to our spiritual growth and unfoldment have been removed from most traditional religious systems, and that’s the true idea of choice and free will, and the fact that we were bestowed with the capacity to self-create through our very own “thinking”.

The God of religion is often presented as an entity that exists outside of and a part from us, who first acts to “create us”, then, being unhappy with Its own creation, seeks to punish and destroy us by working on the “effect” or end result, rather than by changing the “cause” that’s producing it. As humans, our life is created purely by the internal forces of thought, desire, and willful actions. What we think we first produce internally as the template or perceptual lens for looking through, and as a result, only see what matches our thoughts. What we desire, we’re attracted to and always in the process of pursuing in an attempt to become one with it. All thought and desire form the basis for our perception as an interpretation, which produce our actions as the means of actually producing it as an outward expression. Our actions “cause” our inner visions of a desired reality to manifest as a corresponding effect. Once an effect is produced outside of us, it sets a chain of events into motion, and once we’re experiencing it outwardly, it then seems to be happening “to us” as the results of our actions come back to us as experiences and create the events of life.

To be created in the image of God and with the same likeness, is to be able to create using pure thought, which is how God is portrayed as creating the entire cosmos. God creates by “calling forth all of life” through the “spoken word”. The breath of God moved across the water (astral substance), and as He spoke, images formed that were brought to life in the imagination of God. This is giving a description of how to create reality and ourselves by way of our thinking and imagining, speaking, and doing. Thought is words spoken internally that have images associated with them, that we picture in our mind as we think them, forming them into a possible reality. This act alone “is” our power to create how we experience our own life, and how we create ourselves by way of the outer reality we first project, organize into a story, stimulate and activate through our constant actions, then draw back on ourselves as the consequences of our actions, or what results from our perceptions. 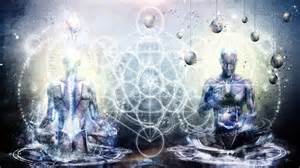 All of life exists and comes into being through the primary law of “cause and effect”. Everything that exists, was “caused” by something. All things that come into form as an outer reality, begins as thoughts that form an inner reality. As we think, we perceive, interpret, and become like. We become the vehicle and creative instrument of our own thoughts. All of our creative ability lies in how and what type of thoughts we think as a general rule. If we don’t like our life in terms of our relationships, life circumstances and situations, we don’t change them by trying to change the people and events involved, we change it by changing how we’re looking at it. How we’re thinking about it, and what type of story we’re telling ourselves about it as a way of experiencing it, that creates our self by way of our own storytelling. We become the summation of our thinking, which is constantly producing our outer reality as an analogy. Our thoughts act as a form of metaphor that is used subconsciously to produce the outer equivalent. What we sow, we always reap as a simple fact of “cause and effect”. All action produces an equivalent or greater reaction.

The whole purpose of life is to learn how to use our creative ability to create ourselves and our life experiences intentionally. The only way to change how we think and emote is by working directly on our own character and morality. As we change in terms of the qualities being embodied, our thinking and perceiving changes accordingly. How we’re being always produces what we’re doing and the attitude through which we’re doing it. The object is to learn how to control and deliberately produce our own internal dialogue and imagining so that we consistently produce the behaviors that naturally create the same type of outer experiences, and draw back to us desirable and intentional consequences. Not in terms of changing other people or the outer world somehow, but rather by changing how we perceive and respond to the outer events of our life. The outer events themselves are only significant to the exact same extent that we gain realization around them as our own creation, or as we use them to activate and bring latent potential to the foreground in order to develop it by using it willfully. Many events of our life are organized and produced unconsciously as providing the means necessary to either balance previous karma, or to develop ourselves by way of it in order to enhance our ability to create accurately. 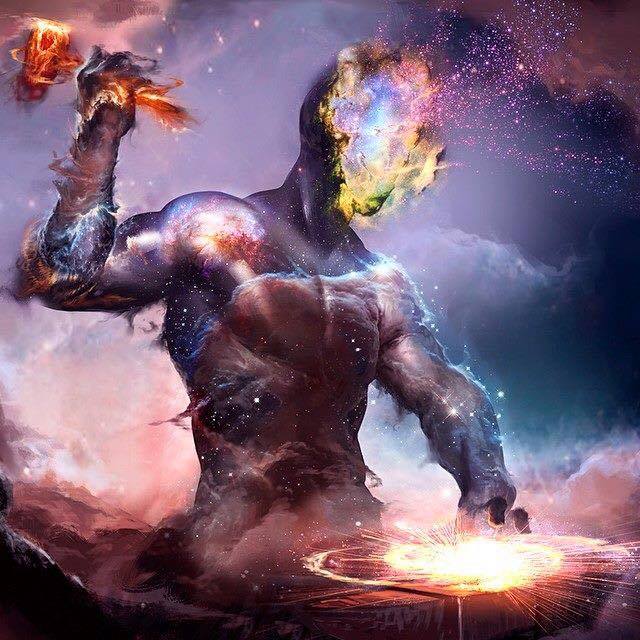 All thought is active and creative on the spiritual plane, and is what systematically sets into motion the organization of outer events as the expression of our thoughts that produce a complementary idea. All actions (which thought and perception is an active force) produce and equivalent or greater reaction. Matter is a neutral receptor of consciousness, and is controlled and given life by the consciousness that inhabits it. Whatever we place our attention on, we effect by reshaping it through resonance to bring out some qualities (the ones that match us) while ignoring other qualities that remain inactive and not apparent. As we bring out the same consciousness in everything around us by paying attention to it and thinking about it, we literally act “on it” to influence and orchestrate it. We naturally act to bring out certain things in people and situations as a way of producing our ideas about it. We literally “make it into” what we need it to be in order to fulfill our perception and produce the outer reality that validates it as a being real. Our perceptions first form our beliefs, and then our beliefs shape our perceptions. The inner and the outer are always in a dynamic relationship as the masculine and feminine energies that “act on each other” to bring an idea into existence as an outer experience of an inner creation.

The mind creates purely by what it thinks and imagines as an image, scenario, or actual reality that it plays out as an idea infused with life. The mind doesn’t create by way of negative commands. You can’t think something that you don’t want to create. You can’t think about and picture it, dwell in it by running it through your mind over and over, while telling yourself that you “don’t want to create it”, or you don’t want to experience it. That’s not the way it works. As you think, you imagine, and you will into being. Thinking and imagining is willing. What we form into words internally by thinking, then speak outwardly, we cause. Picture it, infuse it with emotion, and you’re in the process of “asking for it” by using your own mind to create it. This is our God-given ability to self-create. Even God, so to speak, doesn’t ever violate choice and free will of the individual who is here to exercise their divine abilities to use their mind to create their experience of themselves in a subjective reality of their own making. We are always the ones responsible for our thoughts and actions, and the ones fashioning our own destiny as the summation of our thoughts.

What is Thought? The Local and Non-local Mind
Thought comes as the activity of the mind, not just as the verbal thought of what we call the conscious mind which...
The Nature of Projection, Judgment, and Emotional Reactions
The idea that whatever we see in others and have a strong reaction to is something that we also have in us, can be diffi...
Decoding a Mystery – Interpreting the Symbolic Language of Higher Knowledge
All spiritual knowledge is communicated in symbolic terms as a harmonious universal language of numbers, letters, sound,...
The Miraculous Power of Intuition – “The Healing Power of a Mother’s Love”
My first experience in performing what would later come to be considered a "miracle" by the other people involved, came ...
Personal Existence and the Relationship between the Subconscious and Self-Conscious Mind
What we refer to as our personal (bodily) existence comes through our ability to perceive ourselves as a "whole reali...
The Dual Nature of Truth – The Relative and the Absolute
Truth, like all ideas that prevail within the material realm, is dual in nature. The entire material realm is formed by ...
Self-Creation and the Art of Modeling
One of the most fundamental ways we can develop certain qualities and ways of being in ourselves is by modeling others ...
The Art of Self-Creation and the Power of an “Ideal”
In order to “create” something in a deliberate and intentional manner, we have to start by formulating an idea of what i...