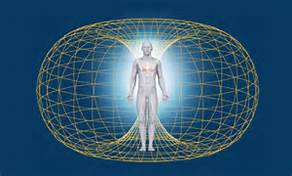 The ‘mind’ is a paradigm, structured and produced through an accumulative process of integrated experiences that become memory. Our memory base acts as a filtering system that  forms our “center of awareness” and is what we “look through” in order to perceive the outer world. Atman, the pure universal objective intelligence, impregnates Buddhi (third-eye) with the seeds of consciousness (archetypal ideas as prototypes) that it then gestates and grows into a unique possibility by undergoing a process of adaptation that modifies it into a new variation that’s then reflected onto the mind of the individual (seen inwardly). Our mental paradigm as a vibratory composition of integrated memory forms our “perceptual lens” which is literally a “programmed mind-field” that exists outside of us that we look through in order to “see the outer world”, much like the lenses of a pair of glasses. We all look through a “colored lens” as a unique vibratory frequency or quality and level of consciousness. What we “see” in the outer world is a correspondence to the structure of our mental paradigm as a life theme that acts to transform it to be of the same image (vibratory frequency) and likeness (qualities) as we are. This theme forms the basis for how we interpret the outer world to give it meaning, that then shapes the story we start telling ourselves about it. The story we tell ourselves about things “reshapes” it to be like us as our own creation. The individual mind, like the universal mind, is imbued with the ability to create reality, and create itself by way of that reality.

The Monad, is a combination of an active, intelligent force inhabiting a purely passive vessel or vehicle, and “in-forming it” with a certain quality of consciousness that produces a living being as the combination. The primary law of vibration as an electromagnetic field, active and passive components of the same frequency or nature, forms an individual being with a distinct personality, identity, and behaviors, all of which act naturally to express by creating a certain type of reality as a consistent theme or life story. The soul or mind of the individual is the result of three components that are correlated, complementary and coherent. Vibration of a certain frequency resonates with that same frequency on all levels and scales of existence, and is readily absorbed into one another, forming an energetic bond as the “same” thing in different states or degrees. The spirit (universal mind), soul (individual mind), and the body (subconscious mind), together form the same entity as the “form” of that vibration and quality of consciousness that animates and operates it. 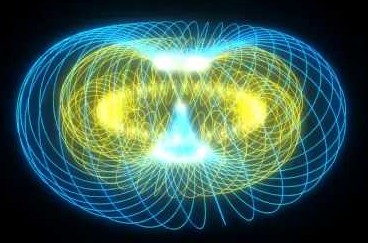 The Monad is symbolically represented as a sphere of consciousness that makes up the mind of the individual, where the purely active and invisible force inhabits its physical correspondence through resonance, and together form a living (energetic/material) entity. The individual mind, which vibrates at a certain frequency,  “draws in” the consciousness of its frequency from the higher, universal, all-pervading mind of archetypes and prototypes, and uses a universal theme to create itself by taking in ideas and adapting them through the paradigm of the individual and by how it’s first conceptualized and then applied to their specific life conditions, circumstances, situation, level of maturity and understanding, phase of personal growth, and so on, to form a unique version of the same idea as a personal creation. The universal mind is principle based, and provides the intelligence as ideas used for creating through unique forms of self-expression. In this way, we are all living out of shared ideas and themes that we apply and utilize in unique ways, making them seem different and set a part from each other. Every person will take the same idea and reform it in a unique and novel way.

There is always a medium or bridge, much like a depository between upper, universal ideas, and the lower, individual mind, because the universal remains pure and unformed, existing in a purely potential state, and can only act to enter into a neutral medium that’s also accessed by the individual mind, which “forms it” into a unique and specialized version. This unique version is simply one possibility out of an infinite number of possibilities. The bridge between the higher mind and the lower mind, called the “axiom” or “axis mundi”, is a receiver that acts to conceive of ideas, where it takes in the universal seed (logos), then integrates it with the individual mind, reshaping it as a personal conception of the universal idea that can be utilized in the most practical sense of life creation. The Pineal gland as the third-eye is our “receiver” as our connection to the spiritual realm of higher consciousness that informs us. 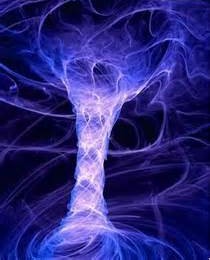 The Monad, which is represented by a circle with a dot on the center, is a connection coming from outside of us as a greater field that we exist within, also permeates us, and is drawn on from within, much like a well of inner reservoir. We access the universal mind that exists outside of us from within, and it informs us from the center of our being, as a direct deposit, so to speak, altering our mind through the very conception of it, changing how we see the outer world as a correlation. So the universal mind exists outside of and all around us (all reality is an expression of it), and we draw on the archetypal ideas within this field through resonance, accessing only what’s of the same vibration and nature as we are, that can actually “express through us” by conforming to our mental paradigm, and this programs us to be able to not only become the same as this idea, but also to see that idea as an inherent part of our outer reality. Because we absorb and synthesize the vibration, becoming one with it, we also become one with that same idea in the world around us. Our reality is a reflection of who and what we are as a primal form of self-expression. We are constantly being transformed by the energies we absorb and integrate that alter and modify our being accordingly. All energy as consciousness, exists simultaneously as the particle and the wave, and the wave is “collapsed” into one possibility as a particle or physical expression. The wave exists in a purely potential state (unformed), and through resonance, one possibility out of an infinite number of possibilities is “chosen” (absorbed), and comes into physical expression through the individual mind and body that acts as a channel for it.

The Monad represents the relationship between Heaven and Earth, between God and man, the universal and the individual, and is expressed in the saying “as above, so below, in the wondrous workings of the One Thing”. God works “through us” to “in-form us”, to give us life as our consciousness that allows self-awareness. Who we become is based on what frequency of consciousness we exist as, and what we’re tuned to as a result, and what kind of consciousness we draw into ourselves as a thematic or archetypal match. When left unattended and virtually unaware, this is a completely natural and unconscious process where we become by default. However, through an understanding of what’s going on and how it works, this process can be worked with consciously and undergone in an aware and deliberate manner,. By actively choosing what kind of person we will become, and intentionally embodying the qualities necessary, expressing through them, “as” them, for a designated period of time, we “build them into our muscle” (subconscious mind), and they become a natural part of our being. In this way we tune ourselves to that vibration as a state of being.

By becoming the vibration of a quality, we magnetize ourselves to it, and are able to tap into it, and draw in more energy and ideas of the same nature from the atmosphere around us. In terms of our invisible, spiritual mind aspect, it’s all about vibration as qualities of consciousness that produce natural perceptions and behaviors that engage us in activities that literally produce a different experience of life. When we become aware of what exists naturally as an unconscious process and through our awareness begin using our power of choice and free will to intentionally develop ourselves through a form of self-discipline, we can direct the course of our life by intentionally developing our character. Our will is our ability to take control of our body and use it for what it’s meant to be used for, an instrument for self-creation by employing certain qualities, behaviors, and states of mind until they become an integral part of who we are through natural, automatic, and habituated ways of being. Only what we “build into our being” and demonstrate through our natural behaviors is eternal in nature and is carried forth intact as our mental paradigm after the death and separation from the body.