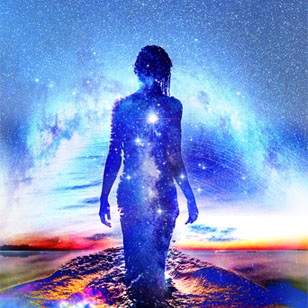 One of the most primary ways we have of becoming aware of our own unconscious tendencies formed through our formative conditioning is by realizing that the outer world (and other people) exist in polarity with us and are always acting to show us parts of our self that can be difficult for us to see normally. The outer world is always acting to stimulate us internally and make certain parts of us active and expressive. As we’re stimulated by things, it provides us with a kind of mirror into the hidden aspects of our own psyche. Whatever we exist in polarity with as “shared aspects”, causes a natural reaction in us in response to them. As we react, we take on the same nature as whatever it is we’re reacting to. We take on the same qualities, emotions, and behaviors. As these qualities and ways of being are activated and brought out in us, it provides us with the opportunity to see what they are.

The primary decision and attitude necessary to begin cultivating deeper forms of self-awareness, is the honest decision to do so, while simultaneously cultivating the ability to step outside of your own reactions and look at them from an objective and detached perspective. Once a reaction is triggered in us, we can remove our attention from what’s causing it and turn it inward instead. As we turn inward and begin observing the nature of our own reaction, we can clearly see “who we become” in relation with it. We can see what our own internal dialogue is and what type of script begins playing out in our mind. If we remain detached from it while simply observing it, we can see what lives inside of us that we’re often not fully aware of. We can see what it is we typically repress and deny about ourselves, while also recognizing that we become the “same as” as whatever it is we’re reacting to, and act to participate in playing out a certain type of dynamic. We become the same type of person and take on the same type of behaviors.

One of the fundamental principles of the universe is “cause and effect”. All cause as an action, stimulates and produces an equal or greater reaction of the same nature and kind. Like always serves to beget more of what’s like it. This idea can also be understood as the Law of Vibration, which basically demonstrates that whatever frequency something vibrates at, which transmits a form of signal, moves through and into physical forms and vibrates that same frequency in them. As it awakens and makes the same quality active by resonating with it, the two frequencies of a similar nature begin vibrating in harmony, ultimately forming coherence as an energetic unification. Once unified energetically, a coherent pattern is formed as an interactive dynamic that expresses to form a joint reality comprised of the qualities they share in common.

All of the unconscious content that exists in us without our direct awareness of it is simultaneously being projected onto the environment, allowing us to witness it with our conscious mind. But because we’ve repressed it and lost memory of it, we don’t realize it’s showing us unknown aspects of ourselves. The outer is always a projection as a mirror image of the inner that’s acting to produce it as our perception. A mirror image is an opposite reflection of an image. All of reality is composed of complementary opposites as masculine (outer) and feminine (inner) aspects of the same thing that act to stimulate each other. The inner acts to receive the stimulus of the outer, calling forth the same quality as a state of consciousness, and together produce an offspring as a reality. While we tend to think that “reality” is something that exists around and outside of us, it’s actually formed as a “field of information” that’s constantly being reformed into variations by the mind perceiving it. The inner and outer are extensions of each other as a polar and complementary relationship.

If you allow yourself to notice, you’ll realize that only certain people, attitudes, and behaviors cause a distinct reaction in you. Other people and activities are going on around you all the time that you don’t particularly even notice, let alone react to. When you do notice them for some reason, you view them in a neutral and detached manner that’s a kind of objective evaluation where you remain calm inside the whole time, and basically unaffected. This is because the attitude and traits they’re displaying are a part of our own awareness and not something that you’ve denied and repressed in yourself. They’re not a part of your conditioned and unresolved issues, so to speak. By realizing this, we’re provided with a powerful tool for self-healing and personal growth.

The Practice of Self-Awareness

Begin by making the decision to unearth your own unconscious content, and set the intention to begin developing the means necessary to become self-aware. Anytime you get an emotional charge from someone or something, and you go into an instant reaction, realize what’s happening while refraining from reacting. As you refrain from reacting, remove your attention from whatever is causing the reaction, and turn it inward instead. Simply become aware of what’s happening inside of you. Notice what the reactive thoughts are, and what emotion is associated with it. Notice the dialogue that begins passionately playing out in your mind automatically. What story, script, or narrative starts running in relation to it. What behaviors are you prompted to go into seemingly without the ability to control them outright?

As you allow the unconscious content to surface and begin actively expressing, resist the tendency to justify your “right” to feel and act that way. Don’t fool yourself with the idea that you’re simply “giving them back their own medicine”, or “giving them what they deserve”. If you’re feeling hurt, just allow yourself to notice the urge to hurt them back in the same way, while continuing to allow the feelings to fully surface and play out in your mind while you “watch them”. Then allow yourself to notice who you become because of the story playing out in your mind. What memory as an imagined reality rises up within you that becomes the means for interpreting the current reality to mean the same thing as the past. What role do you take on in your own story about things?

If you have trouble doing this and keep going back to focusing on the other person, just catch yourself and return your attention inward. Focus exclusively on the internal processes the external stimulus set into motion within you. Don’t judge yourself in any way, or make yourself wrong, and remain as detached from it as possible. Remove yourself from “within the experience”, and reside in awareness outside where you’re watching it like a movie, where you’re not the main star, but simply one of the characters playing a role in a larger dynamic. Don’t try to control what’s happening within or change it somehow, just observe it as another person would.

Allow yourself to notice that anytime you’re reacting, you become like the person you’re reacting to. You take on the same emotions, attitude, and behaviors, and you begin cooperatively participating in creating the same type of reality as a joint experience. As you begin awakening to how it is that you’re always being shaped and determined by other people through the activation of your own unconscious content, and that every reaction is providing you with a mirror that’s reflecting back to you aspects of yourself that you’re unaware of, you can begin gaining awareness around the true nature of things.

Through the realization that’s obtained through the practice of observing your own mind and thoughts, you bring what’s operating to unconsciously in your life life into conscious awareness, where it’s resolved through the awareness itself and no longer acts to control you. The more and more you do this, the less reactive you become, and other people and events no longer act “on you” in an unconscious manner to control and determine you. As we become aware of what’s serving to create us through an unconscious state, we begin healing ourselves and cultivating a state of inner peace where we begin making conscious decisions in a calm and calculated manner as to “who we’re going to be” in any situation. As we let go of our tendency to create while in an unconscious state, we can choose what qualities we employ instead and begin creating our self and our life in an intentional and beneficial manner.

Self-Empowerment - The Relationship between Choice, Will, and Creation
This idea can seem confusing in terms of being able to actually employ it at the practical level because it involves di...
Vibration as Patterns of Energy – Fractal Patterns and the Soul’s Personal Signature for Creating
Perception is Reality The nature of vibration is a sound frequency that shapes light into imagery and living ideas as po...
The Mysteries of the Pineal Gland and the True Nature of the Imagination
The Pineal gland is a gland of the Endocrine system of the body which is a series of ductless glands that produce a vari...
The Self-Conscious Mind, the False Ego, and the most Basic Form of Ignorance
What we call the “mind” is three-fold in nature, as three aspects that systematically birth each other as outgrowths...
Compassion – The Nature of Perception, Judgment and Self-Realization
While many people perceive compassion as an act or something you do, true compassion is the result of a state of mind th...
The Right Understanding of the Kundalini - The Path to Enlightenment or Insanity
What's referred to as the “kundalini” energy of the body, often symbolized as being dormant until “awakened”, is a prim...
Learning how to Work with the Subtle Body
Working with what we refer to as the subtle body in an intelligent and effective way can be difficult in the most basic...
Temptation – The True Nature of Choice, Will, and Facilitating a Process of Change
The definition of temptation is to induce a person to committing an act by manipulation, seduction, curiosity, strong de...