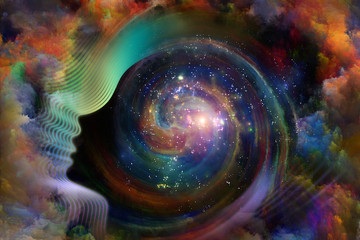 While we often have a general sense of how words act to affect us, and certainly their value in terms of expressing ideas by forming mental images implied and invoked by the words themselves, but because we use words all the time without much thought or in a deliberate manner, we often fail to recognize the power of words to call forth and vibrate living realities as our internal creations. It’s a popular belief amongst many spiritual or magical traditions that words possess a power that exercises a direct influence over spiritual beings, and put great creative power at our disposal when spoken properly. But this simply isn’t so. The name or word only exercises influence over the person using it based on what idea or special qualities are associated with the word, and what mental impression it elicits as a result. The power of the spoken word (internally or externally) is as the generator of experience of the being or reality the word represents in symbolic form.

Words simply act to invoke a memory as an internal experience of some form. Words are first spoken within as thoughts that form realities of our own personal creation, that are then spoken outward to others as a means of invoking the same reality in them by the words we use as a means of expressing the internal creation, and “how” we say them by the feelings and emotion in our voice as we relive the reality in our mind that the words convey. The emotion created through the experience that’s expressed through the quality of our voice in speaking them “is” the vibration they hold for us.

To vibrate a word is to be in the experience of what the word expresses. We have to make the sound of the vibratory frequency from within the experience of it. We have to become one with it in order to become the means through which it expresses outward into the world through us, as us. So it’s not a grammatical pronunciation that activates the power in a word, but rather the emotional state elicited through the experience the word symbolizes and forms in the imagination of the recipient. I’ve seen people take a great deal of time and effort in practicing the pronunciation of certain ‘sacred words’, often in a different language, thinking somehow that the proper vibration was in the correct grammar, while never actually realizing the state of the reality that the word simply named or symbolically represented that was simply meant to invoke the experience of it in the person’s imagination. The vibration as a pattern is formed naturally in the imagination as a conceptualization that represents the word as a physical form.

The true power lies in what forces we call forth, draw up into us, and associate to the name as mental impressions that induce an experience of the word that we fashion into a memory. The memory is the reality associated to the word that the word represents. All words and names numerically represent an idea as a living form or vibrating reality. If no idea or quality of being is associated to a word, and it doesn’t act to call forth a special type of experience in response to it, then it has no power. This is how knowledge has remained “hidden” for eons is because only those educated that know the right associations to a word, that form the proper idea in their mind when hearing or seeing the word, understand the idea its conveying.

The elementals of the astral plane, which are experienced as emotions, are not commanded and directed (stimulated and called forth) by abstract words, but fashioned into light-forms by the imagination that induce emotions while acting to awaken and command those same emotions in others. What the words themselves act to invoke as an internal reality that draw into us the forces that produce a sensory experience of it as real. The emotions that are experienced demonstrate its potency to act on the external world, and the form it takes on is a correspondence to the shape associated with the name as a classification (archetype) of sorts. The only power an abstract idea or neutral object has is by way of the power we give it by what we associate to it, and what belief as a personal creation we imbue it with.

Words, in the ultimate sense are like a personal Talisman that we can use strategically as an anchor for instantly inducing a state of mind that has whole realities inherent in it as our co-creative abilities to directly influence and therefore direct and “act on” the outer world accordingly. Our power to influence others lies in our ability to intentionally elicit an emotional state and the realities associated with it as an internal imagining, and then interact with others out of that state by what we say (words we use) and how we say it (feeling content), calling forth the same emotional state in them as a result. The emotion is the common denominator. Emotions are associated to memories (as a saved experience) that have whole patterns in them as templates for creating realities. Vibration is memory. 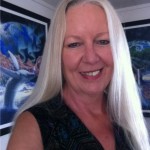 The Nature of Emotions and how to Consciously Work with Them
Illusions are Born out of the Realities we Create While in Emotional States   In order to work with something consciousl...
Archetypes, Morphic Fields, and Memory – The Holographic- Etheric Blueprint for Creating Reality
Memory exists not only as a personal creation we form as the result of what we can call “real life experiences”, but exi...
The Power of Words – “Shaping Realities”
The words we speak not only express the mental images running through our mind, but act to shape those same type of ment...
The Subconscious Mind as the Vehicle for the Soul and the Secret to the Manifestation of Cosmic Will
The aspect of the mind known as the subconscious mind is also what we can think of as our “body consciousness” and is sy...
Decoding Sacred Geometry: The Tetragrammaton – “How the Mind Manifests Personal Reality”
Sacred geometry communicates the universal language of Universal Law, vibration and potential that impregnates matter wi...
The Art of Goal Setting – “Creating Resolutions that Work”
In gaining an understanding of how we manifest as a personal process that utilizes the willful use of our mind, we c...
Self-Mastery: Learning how to not be affected by others
Many of us spend our whole life a slave to the attitude, behaviors, and opinions of other people. We’re in a constant f...
Quantum Physics and Spiritual Sciences – “Understanding the Significance of the Particle and the Wave – the Universal and the Indi...
In order to understand the reality implied by any level of science, we have to understand the entire paradigm as a dynam...