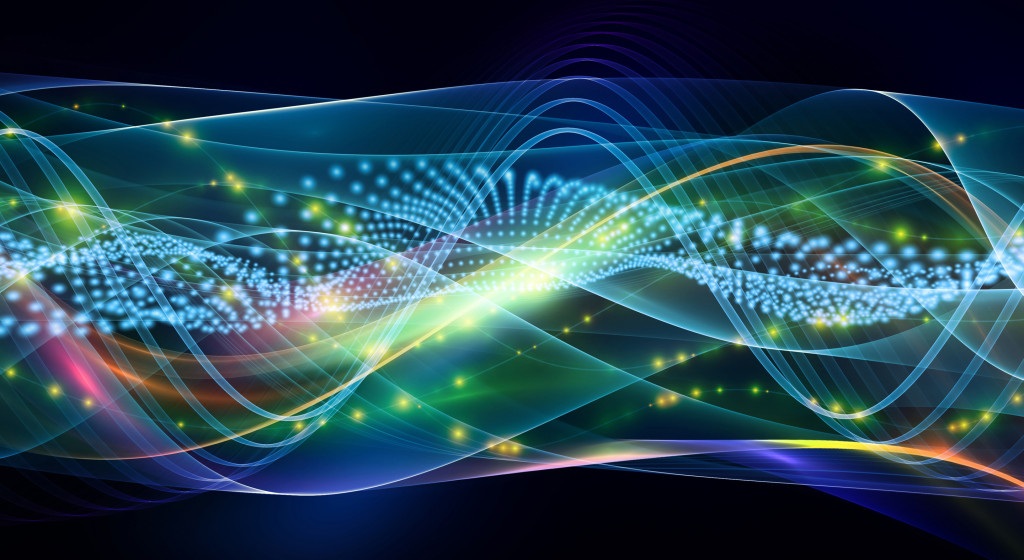 The Mind as a Frequency Creates a Consistent Experience of Reality

When we use the term “musical” in this context, we’re not referring to music in the ordinary sense, but rather of the laws that govern music, which are the primary laws of vibration. Everything in the universe is energy vibrating at different frequencies. These frequencies are all interwoven and form a greater frequency as a form of symphonic orchestration or ecological system called “life”. All frequencies as a dimension, exist as an octave or range of the same “type” of vibration from a lower to a higher that comes as a growth or building process. Once a vibration reaches the highest point in an octave, it shifts to the next higher octave where the beginning note or vibration as an accumulation or summation, forms the base or foundation as the lowest point in the next octave, which begins a new growth process within that higher range or dimension. A simple dimension is comprised of a scale that’s made up of three octaves (stages), as interwoven and interdependent scales or levels of the same overall dimension as a harmonious creation or coherent reality. This 3 in 1 law, is inherent in every aspect of what we call material life.

In a scale or range of vibration, which is comprised of 7 notes, aspects, or stages, the highest note is the unification or summation of all the preceding notes of which it’s comprised of as an accumulative process. The higher we go in vibration, the more unified and holistic we become. The highest vibration in a scale contains all the vibrations or tones within that scale. So as we move from lower to higher, we move from singular to unified, from a “personal self” to a more “universal self”. Likewise, in these three levels of the same overall reality, also referred to as the body, mind, and spirit, the body is the lowest (singular) vibration, that forms a personal identity as an individual (body identification), the mind is a more expanded reality that includes all of our local or contained material reality, and the spirit includes not only all of humanity as a cohesive reality, but all of life as an accumulated or greater whole comprised of numerous individuals. So the higher our minds vibration, the more universal we become in our identity, and the more we move away from personal and selfish perceptions, agenda’s, and tendencies. 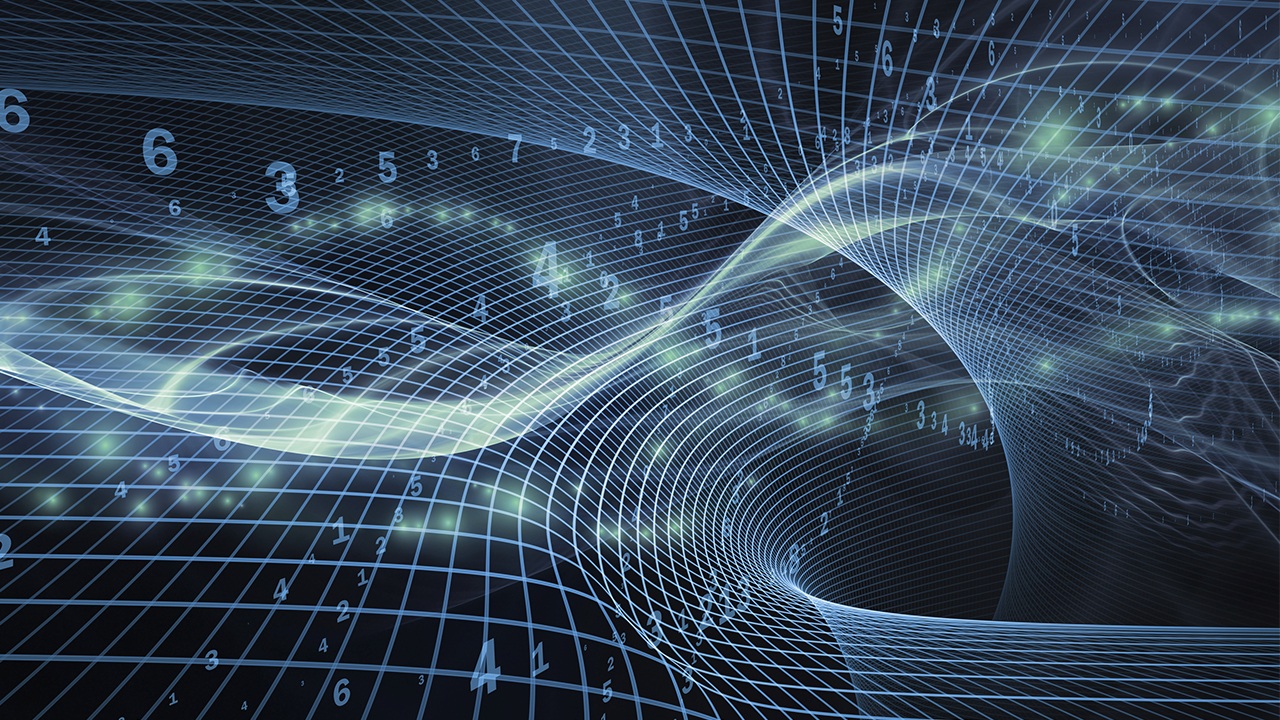 Energy as vibration, is a form of consciousness that has a self-organizing mechanism inherent in it that forms a distinct pattern as a series of smaller interwoven patterns that are all harmonious in nature and of the same frequency. This energetic pattern as a certain vibration or quality of consciousness, forms our individual mind as a paradigm or mental “model of the world”. Out of our paradigm as a pattern comes a reality that’s of the same pattern with the same self-organizing ability that reorders the elements of our outer environment to match the pattern of our inner environment as our mind or invisible aspect. Therefore our mind, as the invisible pattern of our vibratory frequency, forms our perceptual lens (we look “though” it), which forms the reality we see and experience as a personal creation or expression (projection) of our paradigm.

All of life as external, outer elements, exist in a purely “potential state” of all the frequencies of the material world, as consciousness itself is universal, and all inclusive as infinite. Our mind, always vibrating at a specific frequency or range of vibration, reforms the outer reality of pure consciousness and infinite possibilities, by resonating with it. Through resonance, we activate or bring to the foreground (conceive of), what matches our vibration, while deactivating or returning to an inactive, passive state, what doesn’t match our vibration. In this way, we reformulate the outer elements by organizing them into the configuration of our mind’s pattern, enhancing and embellishing the selected features, and then interpret the active features to fit into our story about them, as our mental pattern or “theme” for creating reality. It’s not that we actually “create what we see” as an actual manifestation, but rather through a form of natural or unconscious choice as an activating mechanism. Whatever we activate with our attention, we give life to. 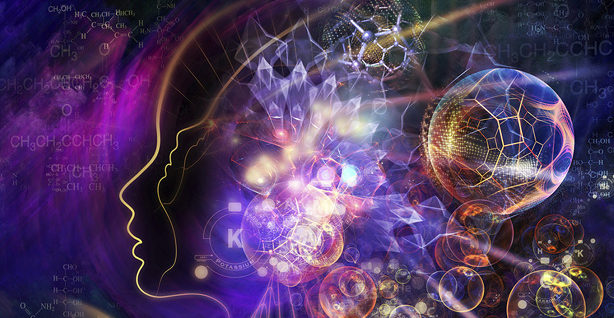 Just placing our attention on something, transforms it as a compliance to our frequency as a pattern, that forms a thematic reality, by turning on some aspects, while turning off others, determining what expresses and what doesn’t, following the same laws as DNA. How something appears outwardly is based on how it’s arranged inwardly by the mind of the individual. Whatever we place out attention on and think about, we transform to be “like” us, or of the same reality as a frequency. We infect (sympathetic induction) and effect (vibrate) everything just by thinking about it. All matter is impregnated and animated by the consciousness of the individual being directed and projected at it. Our consciousness enters into (resonates) the matter of the material world around us, and gives it the life it has as being of the same level and quality of consciousness. What’s being observed, and the mind doing the observing, are apart of the same event. The mind has the ability to reshape the material world to match its frequency by simply perceiving it through it’s model, and then shaping it further by continuing to think about it.

Our frequency as our personal consciousness, creates as an expression on three levels simultaneously, as we self-express through the very nature of our perception, we shape ourselves (create our self-image as our identity), other people (to be of the same nature as we are), and the “way the world is”, through the same pattern as a cohesive reality. We create our reality as a story we’re always in the process of telling ourselves about things, while simultaneously sensing ourselves through our own experiences, and becoming identified with them. In this way we’re always in the process of creating ourselves through an unconscious (automatic) level of self-expression, as resonating with the same vibratory pattern in everything else. Resonance takes place naturally and so we don’t realize what’s happening or why. We don’t fully realize how it is that we’re acting to create our own reality through purely energetic (spiritual) means as our conception of it. When we hear the comment that we all “manifest” our reality, we think it means we literally produce matter itself, rather than realizing we merely reformulate it by resonating with it, which changes how it appears. 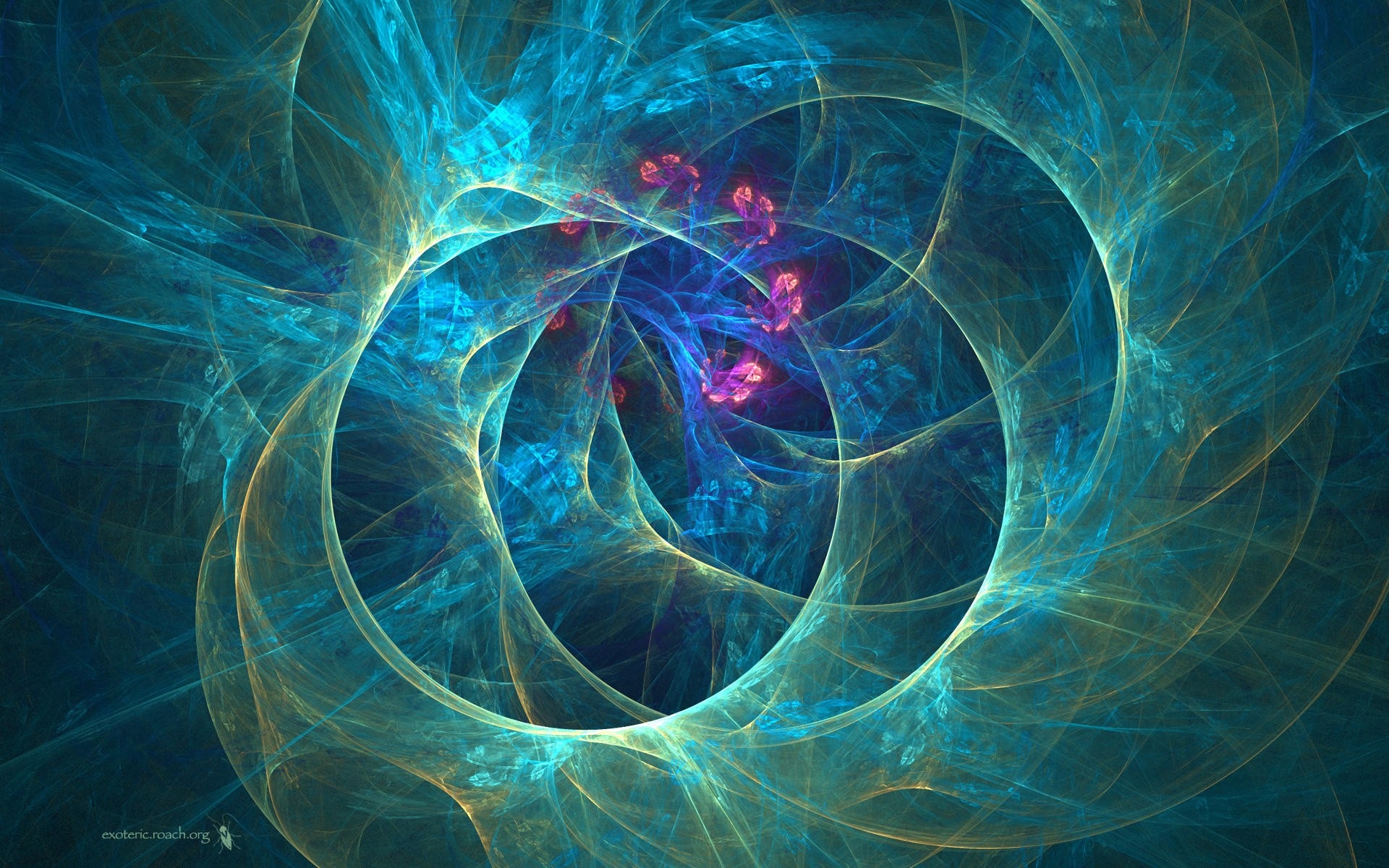 Matter itself is void of its own consciousness, and acts as the receptor for consciousness, which enters into it (sympathetic induction) and alters it. Matter is the magnetic (feminine) aspect of consciousness, and attention as directed consciousness the electric or active (masculine) aspect. Attention directs an active quality of consciousness into matter, which acts as the receptor or vehicle for the active force, which gives matter it’s qualities and characteristics, which animate it. The active force reshapes it into the pattern of the frequency and changes how it appears in the mind perceiving it. In this way we never actually change matter itself in the permanent sense, but rather how it appears to us. The outer appearance of things is a direct reflection of the consciousness inhabiting it and holding it together as a cohesive and congruent reality, which is literally produced by the mind itself. Matter exists much like consciousness, in a neutral and universal state, and shape shifts according to the consciousness that impregnates it and the mind that perceives it.

In order to change reality or how things appear to us, we have to change our mind as our mental paradigm or vibratory frequency, which is what’s giving it the appearance it takes on. By changing our mind, we change reality itself, and see the same thing in a new way. The outer world remains the same, but we see something entirely different in it. Our activities don’t change, but the consciousness we employ while doing them changes, and thereby, we experience the same activities in a new and different way. To change the outer, we have to change the inner that’s shaping it. The same mind perceives the same reality continuously and consistently.

Self-Mastery: Mastering the Ability to Control and Direct your Thoughts and Attention
While knowledge as theory gives us the basis for practice, we only truly “learn” (live and earn) by bringing the knowled...
The Relationship between DNA, the Subconscious Mind, and the Subtle Body
The formula for multiple levels of self-creation as a dynamic combination of the spirit, soul, mind, and body, currently...
Self-Awareness and Realization – All Knowledge can only be acquired through Direct Experience
To fully grasp this idea, wipe the slate clean of all preconceived ideas of good and bad, right and wrong, should or sho...
Introspection, Self-Awareness, and Transforming Yourself by Learning how to Work through Your Own Tendencies﻿
One of the ways we keep ourselves locked into a dis-empowered position in our own ...
The Nature of the Subconscious – The Unified Mind of the Material Plane
We often hear sayings about “oneness” and everything being one, living in unity with Nature and each other, and so on, y...
How we Progress as a Soul through Employing Higher Knowledge
Our true spiritual development can seem a bit elusive because we’re often not clear on the difference between acquiring...
﻿Seeing Challenges as Opportunities for Personal Growth
As a kid growing up, I was born into a very challenging life. My mom was a single ...
Compassion – The Nature of Perception, Judgment and Self-Realization
While many people perceive compassion as an act or something you do, true compassion is the result of a state of mind th...