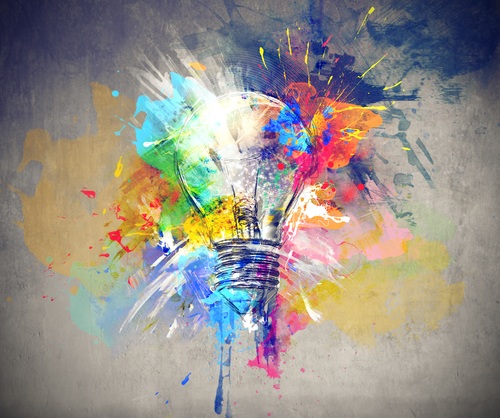 Many people don’t fully understand what we mean when we use the term “will”, and as a result they don’t know how to use it in a deliberate and powerful way to create. Will is always associated to choice, because anytime we’re actually using our will , it’s to move out of conditioning and automatic, habitual tendencies that we do naturally, and create in a new and more individual way instead. When we’re trained to belief systems and certain mind-sets as “group consciousness” of some form, we’re actually lending our will to others and allowing them to shape and determine us as a result. Our will isn’t our ability to “resist” things or not give in to passions, pleasure, desires, or cravings of some kind through an act of sheer strength and willpower, but rather our ability to decide on what we want to be and do, and use our imagination to form the correct “internal representation” (IR) of ideas that either make them repulsive and disgusting, or desirable and attractive.

While we tend to think that things have power over us in the same sense that they’re dictating our experience and how we respond as a result, the fact is that we shape the outer world into an internal representation (IR) that we then use in place of the actual thing or activity as a way of experiencing it. As we think about something we’re associating other ideas with it, and using our “sensory system” to embellish it with sensory qualities that invoke emotional states. An idea that’s turned into an internal reality that serves to elicit strong emotions in response to it are how we’re using our will all the time to direct our own behavior and what we participate in by desiring and becoming one with it; as well as what we don’t because we find it unappealing for some reason. If we’ve made a decision to stop doing something, and we constantly struggle to resist it and create an experience of suffering because we’re abstaining from it, it’s because we haven’t learned how to use our higher mind to direct ourselves, and we’re using it incorrectly as a result.

The body, which is what we also refer to as the subconscious mind, because it inhabits and operates it, is operated by memory, and forms all of our natural behaviors as repetitive patterns and daily rituals and tendencies. The subconscious “thinks” in pictures and is experiential in nature. This means we communicate with it and act to program it with a form of virtual memory by imagining ideas as an experience of them. Its primary motive is “self-preservation”, so all of its impulses as feeling emotional states are geared towards maintaining the status quo and habits engaged in on a routine basis. It’s primarily instinctual in nature and motivated by pleasure or pain. It moves deeper into and seeks out whatever it deems pleasurable, and moves away from or avoids whatever it deems painful. It forms, firmly establishes and faithfully maintains habits and addictions, and is nearly always craving and wanting something. All of its needs are physical and material in nature and it works and is driven by emotions, making it impulsive and urge oriented. When it doesn’t get what it “needs and desires” it causes pain and suffering through emotions and physical withdrawals, which is experienced as a form of death (no longer able to sustain itself through that activity). 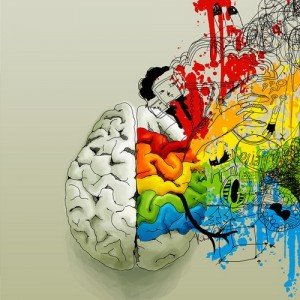 The subconscious mind is the creative aspect of the mind that’s capable of shaping and producing material realities, both inwardly and outwardly. It does this by turning a feeling or idea into a reality in the faculty of the imagination. Being memory oriented, it acts to create our memories from actual experiences, replaying them as a means of continuing to create by way of them, and as the means of being fed an idea as a form of “seeded thought” that it then fashions into a reality as a form of virtual memory. The imagined idea as an original creation is formed and appears in the imagination in exactly the same way as an actual memory does. This virtual memory as an internal representation of an idea operates in exactly the same way as an actual memory creating a kind of blueprint or template as an internal experience that forms the basis for the correlating external experiences of the same kind.

This “virtual memory” is an image, scenario, or movie-like idea that’s translucent (like a reflection on glass) in nature (can be seen fully while looking at something else), and becomes our perceptual lens as a filtering mechanism that reorganizes the elements of our outer reality to match the theme and emotions of the inner one. The IR becomes a kind of template or map for structuring and navigating the outer experience. Because of this tendency to “perceive out of memory and IR’s”, we never directly see or experience things as they actually are (a part from us), but rather as we “remake them” through our perception of them. This perception based on or produced by an IR or memory, works through the same principles as value judgments and either makes something appear desirable, likeable, and pleasurable, or undesirable, despicable and unappealing, or disgusting somehow.

When we decide and say we’re no longer going to do something, but we continue to form it in our mind as pleasurable and desirable, we struggle to resist it and continue to want it. We make giving it up a painful experience and the longing for it never goes away, so we’re always “tempted” by it. If instead, realizing how the mind works, we change the IR we’re forming into something that’s disgusting, repulsive, and painful, then we have no trouble resisting it, and thoughts of it eventually go away altogether. When we no longer think about it, it’s no longer a part of us and it exercises no control over us. This is the accurate use of the will – to make a decision to take control of what’s normally and unconscious process, and inject instead the idea we want to create in its place – then change the IR of what we’re stopping or looking to transform, while embellishing and enhancing the IR of the new idea we’re replacing it with. 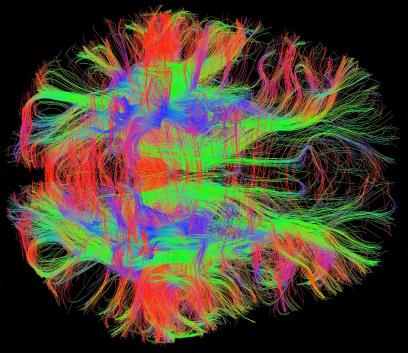 Internal Representations, like reality itself are formed through sensory attributes, qualities, and characteristics that either makes it up-close, in vivid color and compelling, or far-away, black and white and neutral. If we make something up-close, immediate, full Technicolor, and create it as a full sensory experience of what you’re seeing, hearing, feeling, touching, smelling or tasting, and what you’re telling yourself about the experience that gives it meaning, and you create it with very positive emotions that make it pleasurable and beautiful, you create a strong desire for it. This gives your subconscious a very compelling “memory” that it steadily move towards and into, while seeking it out and connecting with that same idea in your immediate outer environment. If you then neutralize the current idea that you want to eliminate by turning it to black and white, pushing it out far into the distance so it seems far away, and assign negative sensory qualities and emotions to it, the subconscious, being given a more desirable alternative forgets about it, moves away from or avoids the old, eventually disconnecting from it all together outwardly, and moves instead into the fulfillment of the new and pleasurable idea.

The will is the active component of the conscious mind that can make new decisions that are not a part of its formative conditioning and habitual in nature, and can rule out one idea while replacing it with another. It impregnates the subconscious imagination with the seed as a unique idea that is then grown and formed into maturity in the imagination and manifests as an experience that bridges the inner with the outer, both of which are the creation of the subconscious mind as its offspring. The subconscious mind, when not being fed by its own personal will as an intentional idea for creating, absorbs instead the will of others as mental and emotional impressions or suggestions going on around it that it uses to generate thoughts in the imagination, and not only creates the individual (mind and body) according to those thoughts, but also creates the outer experience of those thoughts as its reality.

Anytime we passively take in an idea from outside of us (thoughts of another), and we form them into IR’s as a virtual reality, and make them our own by continuing to think about them, we’re choosing (unconsciously) to manifest and give life to the will of others through us. We’re literally lending our will to them, allowing them to determine us and the reality we experience as the perceptual lens we look through. The conscious, willful mind, is what’s traditionally called the “gate-keeper”, and is the aspect of the self that decides what’s allowed into the subconscious and what’s not. It analyzes, intuits, and evaluates the information to decide whether it’s true or not, valuable in some way, or would be beneficial as a means of upgrading the mental paradigm by incorporating it. It’s the “editor” that filters information through reasoning. It’s the part of our selves that’s always actively choosing even when we’re unaware (no choice is a choice) and decides what stays and what goes. It’s the aspect of the mind that has the ability to intentionally self-create through the active transformation of old ideas into new ones.