Whatever we give Attention to, we bring to Life Inside of Us

One of the primary principles of the mind is that “energy follows and flows into thought”. Whatever we focus our attention on and think about, we form an image of by imagining it.  As we think and imagine, we form an inner reality around an idea that brings it to life inside of us. This inner reality as a conceptualization forms an internal representation of an idea that’s created by the subconscious mind as a possible reality and creative template. The idea as an internal representation acts as a mental directive and set of instructions for the subconscious mind to use as a template for creating a correspondence as an actual outer reality or material manifestation. An idea is given to the subconscious mind much like a seed that it then grows and develops into a possible reality as an actual experience of the idea. The subconscious mind imagines the idea “as if” experiencing it, and creates a personalized version of the idea as it would occur naturally to it. This translation of a neutral idea into a personal experience creates the inward conditions necessary for the outward manifestation. In order to manifest something, we have to first create the “inner conditions” in which it would occur as a natural outer event. The inner conditions as a state produced by the imagined reality forms a vibrational frequency that the subconscious uses to connect with the elements in the outer environment that are of that same nature and organize them into an actual event that’s analogous to the internal representation.

Our imagination is what creates all of our experiences as an interpretation of sensory information that reforms it into an idea that correlates to the inner condition or state of mind perceiving it. We never see an idea as it exists a part from us, but rather as we remake it to be of the same nature as we are as a means of experiencing it. While we can safely say that the outer event itself is objective and neutral in nature, how we form an “experience” of the event is a personalized version. The conditions of the mind as its “state”, forms its vibratory frequency as a structuring (organizing) mechanism that reshapes (in the mind) all outer realities to match or be of the same “nature” (like) as the internal reality. The structure of our mind forms a model or paradigm, which is comprised of our memories, beliefs, values, preferences, temperament, disposition, attitude, and so on, all of which work together to interpret events through the very act of perceiving them, which personalizes (reshapes) them to fit into our story about things, giving us a consistent experience of reality that all falls into a generalized “theme” as a form of story-line.

Whatever we focus on, good or bad, want or not want, we picture in our mind as an experience of it, which sets the pattern as a frequency, which, when dwelled upon and thought about frequently, becomes a thought-form that eventually takes on a life of its own, and not only begins influencing our molecular structure, but begins forming an electromagnetic field of it’s own and begins attracting the means of its fulfillment in whatever corresponding elements are available in the immediate environment. We program our subconscious mind through imagined realities that have strong feelings and emotions attached to them as sensory stimulation that forms an emotional atmosphere around them. The imagined thought stimulates the nervous system and endocrine system, producing the equivalent chemistry of the idea as a simulation, which produces our emotional state that aligns our physical state with our mental state. 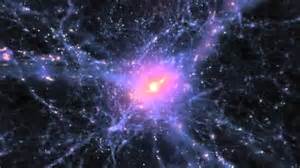 Our emotions always come as a natural response and by-product of our imagined thoughts, because our thoughts stimulate and produce the chemistry of our body, and alter our physical state to match our mental state. Once the physical state is produced as a thought and emotion, that emotional state is transmitted in and through the field governing the physical plane, stimulating everything within near proximity of it with the same emotions and attracting elements of that same shared state. Anything of the same “emotional state” can be used to create the idea associated with the state. The state and the idea that produced it are coherent and correlated and exist in a natural relationship with each other.

Our state, as a combination of a feeling, mental idea, and emotional chemistry, are magnetic (attractive) and become our “perceptual lens” that we look through that naturally sees all around us whatever matches or is complementary to our internal mental state. We don’t do this by changing or producing the elements themselves, but rather by how we experience them. We attract what’s of the same nature or idea by resonating with it. We stimulate and awaken that state in whatever person or object that shares the same qualities and a magnetic field is created as the shared vibration and we’re drawn to it, and it to us, or it stands out from everything else in our environment and we place our attention on it and begin consciously interacting with it. Through the conscious interaction itself we begin reorganizing it into the pattern of our thought by how we stimulate it, and we begin co-creating whatever idea served to form the union by what we share in common.

Whatever intention we have while focusing on an idea becomes the motivating factor behind that idea. If we attach a negative feeling to the idea, it becomes repulsive, yet still maintains its attractive factor. Likewise, if we associate a positive feeling to it, it becomes compelling, and we form a desire around it, also making it attractive. The idea itself, which exists independent of us as a neutral or universal idea, is attractive to both negative and positive associations, with the negative and positive simply representing our relationship with the idea that we’re attracting to us simply by focusing on it. While the positive (proton) charge, or negative (electron) charge may be used to polarize the idea, distinctly separating the positive from the negative, the neutron, or the neutral component as the idea itself which contains all potential of both the positive and negative aspects or feelings, remains attractive to both. So it’s not the positive or negative feeling associated to an idea that makes it attractive or repulsive, but simply paying attention to and thinking about the idea itself. Whatever we focus our attention on, good or bad, we magnetize and draw into our experience, whether it’s a positive experience or negative one. The feeling associated to the idea simply determines how we shape it in our mind and how we experience it, but we attract whatever we give our attention to and think about, regardless. 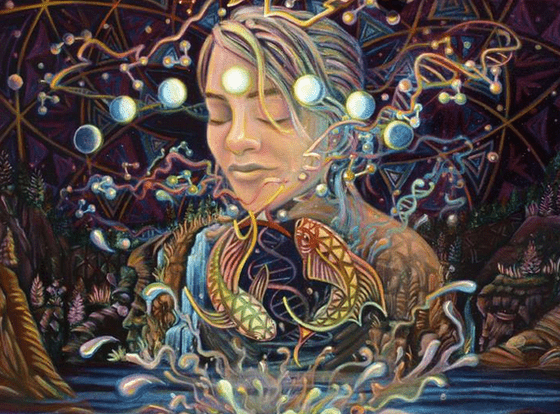 So, for example, the idea of “eating to prevent cancer” (the title of an article I recently read) forming our practice of eating around the idea of “cancer”, whether preventative or not, focuses our attention on the very thing we don’t want as the motive for organizing our eating habits, meaning that we’re acting to bring about the experience of cancer. The mind works by giving life to whatever we hold in our mind and think about. The mind doesn’t register “preventing cancer”, but has to picture or form the idea of cancer in order to know what to “not do”, while simultaneously associating diet with cancer. It doesn’t work by introducing a negative command, that says picture this, but don’t create it. As the mind pictures it and begins thinking about it, it begins creating it in the most basic sense as a form of command to the subconscious mind that also begins attracting it as well.

The pictures we form in our imagination by thinking about ideas, forms the creative template that sets our vibratory frequency. Instead of building our diet around the idea of preventing cancer, we should build it around the idea of creating health. We should focus on the idea of creating a healthy and active body by eating healthy food, knowing that in creating health, cancer won’t manifest! As we eat, focusing on the idea of taking care of ourselves and picturing vibrant health in our mind, while sensing and experiencing ourselves as being healthy, we instruct our subconscious to create a healthy body.

So always keep in mind, that the mind doesn’t work through negative commands or by associating positive or negative feelings and emotions to ideas, but rather creates whatever idea we hold in our mind and think about. Thoughts are shaped into thought-forms as an inner representation of the idea as an experience of it that provides the subconscious mind with the template necessary for creating it as a corresponding outer experience. Whatever we think about and the intention behind our thoughts that shape and motivate them, set the frequency we vibrate at that magnetizes and connects us to that same idea all around us. The mood or feeling we have, which nearly always determines what we’re thinking about and why we’re thinking about it, becomes our perceptual lens determining what we see in our ordinary situations and what stands out to us that matches our mood and is used to create more of the same type of feeling through how we experience things. By focusing on what we want to create and forming a positive intention around it, we work naturally by way of the laws that govern our mind to bring into our experience what we have a desire for that we then shape into a positive experience through the relationship we form with it as an outer equivalent of our inner feelings and thoughts.

The Art of Introspection – Self-Knowledge, Awareness, and Tools for Transformation
The cornerstone of all spiritual growth and psychological healing comes through the motto “know thys...
Developing Clairvoyance – “Seeing the Spiritual World”
I often get asked if clairvoyance or intuition are something we can learn and develop in ourselves, ...
Energetic Imprinting, Conditioning, and Dynamics – Liberating your Soul from the Unconscious Tendenc...
Our soul is comprised of essence as memory that comes from the relationship it forms with the body, ...
The Energetic Law of Seasons: Winter – A Time of Reflection, Re-evaluation, and Setting New Goals
As divine beings we’re bestowed with the higher capacities of the mind to be able to create...