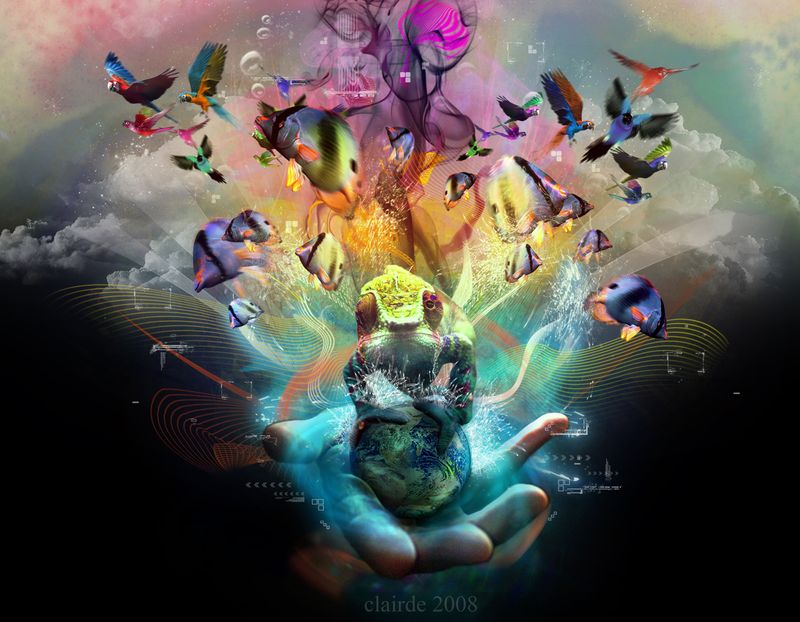 The Process for Transformation

When thinking of the idea of transformation or self-development, many seek out information or theoretical knowledge about what transformation is, and how to do it, yet, never actually “do it”. They simply think about it, talk about it, and endlessly discuss it. Even our social media reflects this tendency by training us to post and endlessly surf through lofty, beautiful sayings that certainly sound go in theory, but are extremely difficult to actually “do” in practice in order to “become” by way of them. We often take classes or engage in seeking professional services to acquire processes or methods for transformation, while never actually bringing them into practice.

The process for transformation, whether it’s transformation of an individual, a habit, a relationship, a group, business, or organization, is basically the same. Transformation is a creative process where you start by working with something that’s already been created initially, and you continue creating it as an evolutionary process of growth and development. You take a system that has reached a plateau as a habitual routine that lacks growth and stimulation, and return it to a continuous form of development designed to improve, advance, perfect or grow it into something else or something more. But either way, you actually do it through practice of some kind, not by merely thinking or talking about it.

Transformation is Creation
Transformation is a creative process and has to be undertaken as such. While there are many laws governing the creative process, it can be understood well enough to practice it by working with a basic formula. Like all creations, it requires an idea as an imagined reality or end result that provides you with the process as a step-by-step procedure necessary to actually create it as an outer, physical reality. We form an idea in our imagination, develop it by giving it details that bring clarity to it, then notice what attributes and qualities it has, while comparing it to our current self or situation, identifying what’s different between the two, and what acts in the present to prevent or contradict the desired, and what aspects of the current need to be developed in order to produce the desired idea. The current, existing idea is the foundation out of which we will create the higher idea as an ideal.

We can only grow it in terms of what already exists in it as latent potential, we can’t grow it into something that its not. The conditions have to be present within the individual or situation in order to bring it out in them and develop it into a potential version of itself. The soul of an individual as their basic nature, is like a seed that has specific information inherent in it necessary for it to become whatever it’s meant to be, yet the health and quality of what it becomes can be changed by the conditions it exists within. Just as an apple tree only has the potential to become an apple tree, whether it’s weak and scrawny, or large and robust, can be determined by providing optimal conditions for its growth and development.

Whatever the current condition is, simply demonstrates how its been developed up to this point in terms of what aspects of it have been stimulated, brought out in it, and developed by the environment it exists within. All qualities, whether being expressed or not, exist in polarity as opposites with a range of variances between them as degrees. What is currently being expressed in a negative or destructive way shows that the quality exists and can be transformed into a positive and creative expression. Latent potential that exists but is not evident or being outwardly expressed can be recognized through desires, interests, connections, and dreams as imagined ideas that exist naturally within a person. The actual transformation and development itself only comes by way of deliberate action by the individual or entity being transformed.

Transformation, while it does take place all the time based on how we’re influenced by, and exchange energy with others and our environment, is not done “to us” or for us by another or an outside force. Its something we do ourselves by intentionally acting on ourselves to perform (behave) in new ways. We discipline ourselves to new behaviors as daily practice. While outside forces definitely act to influence us, and serves through the interaction to stimulate us in very direct ways, it only serves to provide the knowledge as a process for us to undergo in choosing how to develop ourselves, then willfully acting it out, making it a reality. Only we can transform ourselves as a means of consciously self-creating.

1. Create a very clear idea of what you’re transforming into. Take the idea of who you are now, and turn it into an ideal. If you utilize your full potential, and transformed your negative or sabotaging tendencies, what or who do you have the potential to become?

2. Develop this basic idea by assigning it attributes and qualities that enhance it in sensory terms that naturally stimulate an emotional response that alters your state as you behold it.

4. Imagine yourself being this way. Embody the same persona, and take on the same qualities. Practice “being” this way. Act it out as behaviors.

5. Superimpose this idea over your current self, and compare it. What’s the difference? What about it is different? What ideas and beliefs about yourself do you currently hold that prevent you from being this way? If you were this way, how would the story you tell yourself be different? As you go through these exercises, notice in detail what the differences are in terms of what qualities you currently posses that contradict the desired qualities, and what parts of you you’ll have to access and begin developing in order to become the same as your ideal.

6. Then, always keeping this ideal in mind, develop a strategy as a step-by-step process necessary to produce the ideal by transforming what’s currently being expressed.

7. Identify what qualities and behaviors have to be transformed in order to develop others. Think of these as the core tendencies, which produce offspring of other tendencies. Prioritize the list.

8. Develop a plan of action as single steps taken that are fully accomplished before the next step is taken. Identify what current behavior is being replaced or transformed into a new behavior, and set a time frame for its actualization. A good rule of thumb for any transformation is 40 days, or 4-6 weeks.

9. As you begin practicing new ways of being, pay attention to the feedback you’re receiving, and adjust your process accordingly until you get the results you’re looking for. Make constant modifications that are necessary for ease of transition. Realize, that by behaving in new ways, you’re going to feel different than you’re used to feeling.

10. Once your behavior or character trait has been successfully habituated to natural and automatic behavior, take another step. Accomplish each step before progressing to the next step.

11. Only take two or more steps at a time if they are unrelated or don’t cause stress and a feeling of overwhelm in doing simultaneously. Example: Deciding to quit drinking soda pop, while also picking up a two mile a day walk to three miles a day. Doing these simultaneously may be easy to do, and don’t act to sabotage the overall process.

Always keep in mind that whenever we employ new ways of being, we initially feel awkward, strange, out of place, weird, and not “like ourselves”. This is the natural result of replacing a habit or natural behavior with new behaviors. The awkwardness disappears relatively quickly with steady practice. You know you’re successful when you perform the behavior automatically and without effort. While the trigger or temptation of the old behavior may linger, that also disappears with time and we simply quit thinking about it. Total transformation has taken place when you not only forget about the old tendency or behavior, but you become so distant from it, you don’t relate to it anymore and can’t imagine yourself doing it.

While you can take a hit-or-miss approach to self-development by not forming an idea of your ultimate outcome as an ideal (perfected version), and simply correct what seems like individual behaviors unrelated to each other, and produce a certain level of success, when we create an ideal it’s not only behaviors we realize, but also, and more importantly, qualities, character traits, and psychological patterns as tendencies that we work on simultaneously through behavioral changes. All behavior has its origin as a thought that marries an emotion that results in an action or behavior (pattern) that expresses it. Correcting perceived errors or mistakes is not an actual form of creation as a process of self-development that works by identifying the paradigm as an overall or larger model that’s naturally producing all the other tendencies as an expression of a larger idea, and in realizing this, working at the level of cause, by transforming the paradigm itself in order to produce natural behaviors as the expression, creation, and maintenance of that paradigm.

All behavior and actions originate as a feeling and thought. Change the thought and emotion it elicits in response to it and the behavior changes automatically. We can also work to change the thought through the behavior, but we have to do this in an aware and intentional manner. Otherwise, as we change the behavior while maintaining the internal representation that naturally produces it, we maintain the impulse and tendency towards the old behavior, and create a feeling of deprivation, loss and suffering in doing the new behavior, or we simply form a new behavior in place of the old that’s an expression of the same idea. In this manner, we either sabotage the process itself which leads to failure, usually in a relatively quick period of time.

Internal Representations – How Our Mental Paradigm Creates our Reality
We don’t perceive the outside world “as” it actually is, a part from us, but rather by reshaping it to be like us. What’...
“13” – The Principle of Death, Regeneration, and Birth
There’s probably no number or idea that has been consistently misinterpreted to instill fear as a misunderstanding of t...
How we Progress as a Soul through Employing Higher Knowledge
Our true spiritual development can seem a bit elusive because we’re often not clear on the difference between acquiring...
Introspection, Self-Awareness, and Transforming Yourself by Learning how to Work through Your Own Tendencies﻿
One of the ways we keep ourselves locked into a dis-empowered position in our own ...
The Power of Words – “Shaping Realities”
The words we speak not only express the mental images running through our mind, but act to shape those same type of ment...
DNA Transformation – The Law of the Tetrad
The Universal Laws demonstrated in Sacred Geometry provide us with the practical tools for learning how to use our mind ...
Energy Practitioners: Working with Subtle Energy as Consciousness
Feeling, Thought, Emotion, and Vibratory Frequency The thrust of “Energy Medicine” has gotten off to a slow start that ...
Becoming Self-Aware and Learning how to resolve your own Issues
One of the most primary ways we have of becoming aware of our own unconscious tendencies formed through our formative c...