Mother and Child Originate as One 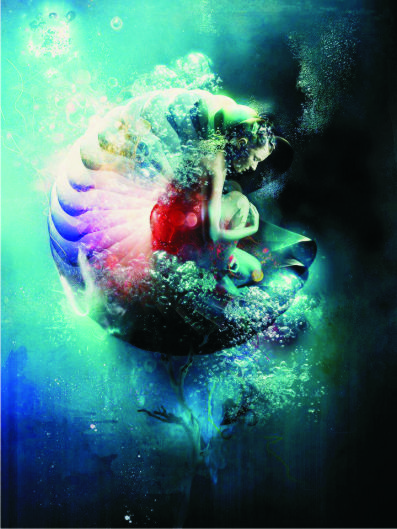 My son was born full term at 4 pounds 10 ounces, in the early morning of November 8 after a three hour drive lying in the back seat of the car, starring up at the night sky. I can still hear that doctor’s voice say “we’ve got a preemie” as he laid his warm wet body on my abdomen and I thought to myself “he’s not a preemie, why are they saying that?” But as I looked down at the small trembling body, reddish and water-logged, his eyes were wide open with a panicked look in them. I reached down, took his small hand in mine, caressed his tiny fingers and he turned to look at me. When our eyes met, we fell into a kind of trance that seemed to sooth both of us. He stopped crying, became motionless and just gazed at me. I was amazed as to how small he was. I remember thinking he was the most beautiful thing I had ever seen, it was love at first sight.

Then I remember the commotion as they cleared his air-passages, wrapped him in a blanket and rushed him off for tests and further examination. As I laid there starring up at the ceiling, my mind faded and subsided from sheer exhaustion, and slowly slipped into the silence. I woke in the recovery room a few hours later, and reflecting back on what I had just experienced, it all seemed like a dream. I felt my body, aching and throbbing, which now seemed empty and void somehow. I remember thinking “that wasn’t so bad”, even though a short time earlier I had been in excruciating pain while wondering if I would survive it, I now laid momentarily longing to do it again. It was one of the most painful, beautiful and profound experiences I had ever had. I had to just lay there in the silence and take it all in. Attempt to comprehend it within all the emotions I was feeling.

After a while the doctor came in to inform me that despite his low birth weight, he was actually well-developed and appeared quite healthy. He said “we don’t normally allow babies under 5lbs. to go home, but he seems perfectly healthy, so we are going to make an exception.” I felt relieved and excited to go home with my new little boy.

As we got home and settled in, I was still recovering from birthing, and was totally consumed with the experience of being a “Mom”. I began noticing that he was having trouble breastfeeding. Though he loved being at my breast, as he drank my milk he seemed irritated and anxious somehow, he would pull off, cry and clench my nipples with his little hands, then, relax and go back to sucking. I then noticed that he didn’t seem to be having bowel movements, and when he finally did, they were more like squeezing toothpaste out of the tube. Concerned, I took him in to see the doctor three days after he was home. This began a nightmare that would last for over a year that would challenge me in ways I never contemplated before.

At first I was told that he was allergic to my breast milk, and he was put on formula. Then it became about him being constipated, so we put Karol syrup in the formula, then it was the wrong formula and we began experimenting with different ones. Within the 15 days following his birth I sought medical help and advice 18 times. I gave up on the Pediatrician after 6 visits, and proceeded to take him in to the emergency room of the local hospital. After about the 4th ER visit, they began talking to me about Post natal depression, paranoia, and delusions. They started recommending “psychiatric” help and anti-depressants, and would shake their head, and even made “new mother” jokes and sarcastic remarks when they saw me coming. Even my husband withdrew his support and began trying to talk me into seeing a psychiatrist.

The whole time this was happening I was going through a kind of mental anguish and torment. I had a deep pervading feeling that something was seriously wrong. I felt extremely aware of it, and it slowly developed into a kind of inner anxiety that led to feelings of panic. My mind would sense that something was wrong, and I would notice what I thought were clear symptoms. I knew in my heart my baby was struggling for his life and yet no one seemed to hear my repeated cries for help.

On Thanksgiving morning, after spending the night in the ER because I could see his abdomen was not only swollen and extended, but starting to turn a bluish color, only to be ridiculed and sent back home, I finally got him to drink 4 oz. of formula at around 6am. He seemed peaceful and was finally resting. After holding and rocking him for a couple of hours, feeling relieved, I began preparing for Thanksgiving dinner, when 4 hours after eating, he threw-up. I thought to myself, there is no way that formula should still be in his stomach to throw-up. At this point I was overwhelmed with a feeling of internal panicked. I could feel a rushing sensation deep inside that had immediacy to it; it was overwhelming me with the need to do something quick. My heart began racing and I felt frantic. I knew that everyone thought I was crazy, and I searched my heart trying to figure out what I needed to do. I finally decided I was going to take him to a different city, and to a different hospital to see if they could help us.

I randomly opened up the phone book, selected a hospital that stood out, and called the ER, explaining my concerns. They told me to bring him in, and they would take a look at him. When I announced to my husband what I was going to do, he shook his head, sighed with frustration and tried to talk me out of it. When I decided to go alone, he reluctantly agreed to drive me down there, even though he was sure of what he was going to hear. At this point he was convinced that I was having problems.

When we arrived and admitted him, they quickly examined him and handled it as if it were an emergency. They rushed him away, and the “wait” began. They emerged periodically to ask all kinds of questions about my pregnancy, our family history, any traumas or infant deaths, etc. By 2pm, they had diagnosed him with Hirshsprungs Disease and I was being informed and advised as I was signing an endless amount of paperwork necessary for “emergency surgery”. They told me if I would have been 2 hours later, he would have died from perforated intestines, which were on the verge of “popping” when we arrived.

I was beside myself, as everything began rushing through my mind and I was overwhelmed with emotion, I felt as if I was caught in a whirl-wind. I had trouble coordinating myself to think clearly about everything that was happening. By 4:30pm, he was undergoing a major surgery in a hurried attempt to save his life. All I could think to myself was, “thank God I didn’t listen to any of them, thank God I followed what I knew in my heart to be true and real, and I believed in myself even though I was being told I was crazy”. I felt overwhelmed with intense feelings of gratitude, as I silently waited in the strange and sterile surroundings of the waiting room, anticipating the outcome. He had been given a 4% chance of surviving. Four percent! All I could think of was the papers I signed that told what type of death he would most likely experience, praying in my heart for a miracle.

After 6 hours, I felt a noticeable calmness and relaxation come over me, and something told me, it was going to be okay. Ten minutes later the surgeon walked into the room with a surprised smile on his face and embraced me. He looked me in the eyes and with excitement in his voice said . . . “he made it. He’s a little trooper, made it with flying colors.” Hearing those words, I felt as if the room was swirling and I felt my knees buckle, next thing I knew, I was on the ground crying while laughing uncontrollably.

What would follow in the next year, and 12 surgeries later would be the most profound transforming period of my life, followed even by the murder of my husband which would come seven years later. Within the next year I would undergo experiences that were deemed miraculous on two separate occasions, and led me to my first experience with what I later encountered as “Reiki”, the healing power of loving touch. In the moments that followed, my whole life would crumble before my eyes, truth would reveal itself in extremely profound terms and I would learn the true meaning or courage. Not the kind that comes from facing fear, but the kind that gives us the fortitude to carry on the face of complete devastation and loss of all hope. The kind of courage that miracles are made out of.

An interesting thing, the hospital that I randomly chose to take him to just so happen to have the chief surgeon who only five years earlier had discovered the cure/treatment for Hirshsprung’s disease. He was the leading authority in the country for his condition. I had unknowingly selected and placed my son into the best possible hands I could have, all without even realizing what I was doing. Clearly a case of pure intuition, the unknowing that silently guides our actions, only to be realized in the aftermath and seen for their profound implications. This experience brought a whole new meaning to “Thanksgiving”. To this very day, is my favorite holiday. 
Dr. Linda Gadbois,

How we set Our Vibratory Frequency – State of Mind, Thought, and Imagination
There are many ideas around how to create and determine our vibratory frequency, which forms the pri...
How to tell True Spiritual Guidance from your own Will and Habitual Memories
One of the first things we have to establish in order to recognize the nature of how our own ...
The 3rd-Eye, Pineal Gland, and the Subconscious Mind – The Gateway to the Heavens
Every biological life-form there is has both a physical form and an invisible energy field (soul or ...
“12 / 12” - Interpreting the Mathematical Code of the 13th Full Moon that’s Ushering in the New Deca...
All numbers represent laws and principles as creative processes and archetypal patterns that are ac...
How Intention Influences Matter – The State-of-Mind we’re in when we Handle and Prepare Food, Impreg...
There's always an interaction going on between Consciousness, Energy, and Matter One of the easiest...
Vibratory Scale, Planes of Existence, and Parallel Dimensions
Vibration is energy that moves and vibrates in a circular, spiraling motion. The spiraling motion of...