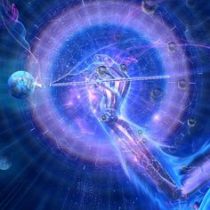 There’s an interesting thing about beliefs that make them hard to realize as not being true. Anything that we belief to be true, and therefore real, we create through our ability to “see it” in any situation. We see it not as an actual reality in and of itself, but as an “interpretation” of reality. A belief is usually formed as an interpretation of reality rather than an objective observation of an actual event. We can have difficulty understanding the power of belief in forming our reality because we don’t understand that what we call “reality” is formed as our “perception”, and it’s our “mind” that producing our perception. The subconscious aspect of our mind is what serves to shape all of our outer perceptions of reality to match our inner perceptions by “what we tell ourselves” about something. Because our outer reality is produced by our subconscious in an automatic fashion (unconsciously), we lack “direct awareness” of the fact that we’re actually the “one” telling our subconscious what to produce through our very “thoughts”.

If we look at the true nature of how a belief is constructed we can gain awareness around how it is that we’re creating our reality with our thoughts and intention. A belief doesn’t originate as an objective observation of reality that exists independent of us, but results rather from the “meaning” we give things by what we tell ourselves about them. Most people don’t realize that our internal dialogue as our thought processes is how we use “one aspect” of our mind to communicate with and direct the creative process of “another aspect” of our mind. What we consciously think about and picture in our mind as an inner experience of reality is actually directing our subconscious on what to create as a consistent and ongoing outer reality of the same nature and kind.

Another common mistake that results from a lack of self-awareness in understanding our own creative ability to produce our reality, comes by perceiving beliefs as being singular and independent of each other, rather than resulting from a “dynamic system of correlated beliefs”. As children, we have the full capacity of our subconscious mind, while our logical, rational, reasoning mind hasn’t developed yet. It’s the rational and discriminating “thought producing” aspect of our mind that acts as the “gatekeeper” to our subconscious, and has the ability to rationally evaluate and logically analyze ideas in order to “decide” what to “let in and take hold”, and what to reject and keep out. When only the subconscious is dominantly active, we readily take in and internalize whatever we witness happening around us and whatever it is we’re told is true and real. We have no ability to discriminate and simply create the reality of whatever we’re taught. Because we can create any idea as an imaginary experience that makes it seem real, we form a belief around it as being real and therefore true.

It’s our conscious, thinking mind of outer awareness that perceives a world of separation and tells stories about things as being apart from and independent of us, while the subconscious sees everything as connected and related and simply acts to internalize whatever is happening to make it “about us” personally. While in our subconscious, group mind, we imagine that we’re apart of everything that’s happening around us, and that whatever someone says about us is describing us in some way, and we form all of our initial beliefs accordingly. As children we perceive ourselves as being a part of our family unit and intimately connected to our parents. We imagine that their pain and sorrow is somehow our fault or because of us, and that we can change it by changing ourselves. In a similar manner we can have a tendency to believe that we can also make them happy or take away their pain by doing something special or changing how we’re acting.

As children, all of our perceptions stem from our emotions and we form our initial beliefs about ourselves and life in general out of emotional states we acquired from our parents and family dynamics. Whatever they were feeling and outwardly expressing, we feel to, and whatever we hear them saying about us or talking about with others, we take in without discretion and internalize as being a fact. Because we create it internally as an imaginary reality based on feelings, we perceive it as being real and therefore true. We listen to whatever is being said about us and we form a belief around it without questioning it, and it becomes a form of self-fulfilling prophecy. The subconscious isn’t literal like the conscious mind, and creates out of thematic ideas that it uses as metaphors.

If our parent has a tendency to scold us by telling us to “quit acting like an idiot”, we don’t have the evaluation skills to associate it with a particular behavior or act, and instead come to believe that we’re an idiot as a general rule. If our parent is upset and crying, or lashing out in anger, telling us that we ruined their life, we translate that into meaning we’re not loved or wanted, and we begin acting that way as a general theme that carries over into every aspect of our life. Once we internalize an idea and make it into an experience of reality as meaning something about us and about how others see us, it becomes a “core belief” as a primary life theme, which, as we go along we continue to create more experiences of the same kind in different relationships and situations, spawning correlating beliefs of a similar nature.

Our parent(s) not wanting us becomes everybody not wanting us. We develop all of our relationships in a way that results in us being rejected, ridiculed, blamed, disliked, and abandoned in the most basic sense. We then form a belief that everyone, our romantic partner, friends, and co-workers don’t want us, and we not only go into every situation with an attitude, intention, and expectation of not being wanted, we also unconsciously produce the behaviors that cause us to not be wanted. We often display an attitude of treating others in a way that makes them feel unwanted by us, causing them to respond to us in a like manner. The very behavior and reality we expect we also unconsciously produce that causes us to consistently be rejected, ignored, abandoned, or left out in the cold.

Because this is an unconscious process, we usually do it without any real awareness of what or how it is we’re doing it. Then, when the other person or group responds in kind by thinking that we don’t like or want to be around them, we create the experience of “once again” not being loved or wanted. Beliefs are the unconscious formula for consistently producing the reality of the belief that bridges the inner, imagined reality with the outer, actual reality to be of the same nature as a “type of experience”. We can have a tendency to do this our whole life without ever realizing that we’re actually the one doing it to ourselves and others.

The Nature of Core Beliefs

We all form our core beliefs as our mental model produced in our formative years as our initial conditioning. A core belief is created while we’re in a primarily unconscious state as an imaginary reality produced by the emotion we were feeling at the time we formed it. A belief is a holistic pattern as a “model” used for perceiving that contains every ingredient (emotion, mood, thought, imagined reality, set of behaviors, memories, etc.) necessary to produce the reality of the belief, except for the rational, logical, and reasoning aspect. A core belief is used as the means for providing us with an “instant interpretation” of reality that transforms every objective fact or situation into the reality of the belief, making it difficult for us to realize that we’re the one creating it. Due to the fact that it appears to us as an honest evaluation of what’s actually happening, we can interpret even the most loving and caring behaviors to mean the opposite. When someone openly demonstrates wanting to be with us, we don’t trust it, think they’re lying, and instead of using it as evidence that contradicts and undermines our belief, we reshape it to conform to our belief, and continue to act as if it’s true.

This usually results from the fact that our entire paradigm used for perceiving the world is structured out of our core beliefs as a correlated system that all acts to explain, describe, validate, and justify our beliefs through every aspect of our perception. We usually don’t know how to accept a contradictory idea as possibly being true and create an experience of “being loved and wanted”. We don’t know how to “be” in that situation. We don’t know how to act as if we’re wanted. We’ll literally fight, accuse, and challenge anyone who claims to want us, until it makes them “not want us anymore”. Then we think, “ah ha, I knew it, you were just lying the whole time”, usually without realizing that we were hell-bent on creating it the whole time. We have no model for how to be in a situation where we honestly feel loved and wanted, and so we don’t know how to act.

Likewise, someone who believes they’re an “idiot” or stupid will continuously produce the behaviors that warrant them being called an idiot, because they don’t have a model for “being” smart. For this reason our belief system as our mental paradigm is only transformed through a gradual process of realizing our beliefs and consciously deciding to “question them” by considering contradictory evidence that will ultimately serve to modify them. It’s only through a continuous process of study and self-reflection that we’re able to begin incorporating new information that serves to grow and evolve our current ideas about our self and our life.

We can begin realizing our own unconscious tendencies and correct them through consciously developing new concepts of ourselves, embodying new feelings and qualities, and intentionally employing new ways of being and behaving. As we begin looking at life from a new perspective while intentionally embodying qualities as a new way of being, we can learn how to begin telling a new kind of story about our life. This is something that only we can do for ourselves through self-awareness that brings realization around the creative nature of our mind and our ability to create and transform ourselves. If someone else tries to interject contradictory evidence that discredits our beliefs about our self, we’ll argue to defend them as being true and accurate. And, as the saying goes . . . “whatever we argue to defend is ours to keep”. We have to open our mind in being willing to consider a new possibility for ourselves.