All Senses are Interchangeable 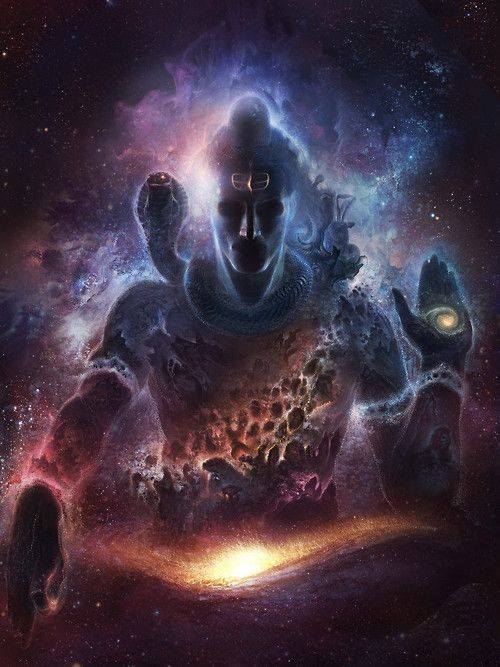 In order to understand this idea, we have to first realize the relationship between what we call material reality and the mind, or the invisible consciousness that’s always perceiving and interacting with itself within the material world. Our physical senses; sight, sound, touch, smell, and taste, are how we cognitively experience what we call material reality. The only things that are “real” are perceived with the senses, and what’s not real, can’t be perceived with the senses. Here, of course, the word “real” means of a material nature. Naturally it takes material senses, or what’s of the same nature to perceive anything within the same “plane” or level of consciousness. Invisible forces or what we call subtle energy, which is what we know “holds together” the material world (an atom is a group of particles held together while in motion by invisible forces) as different forms or ideas, is sensed (experienced) as a “feeling” that systematically forms into an idea as an inner imagining that replicates a material idea.

Another way we can look at this idea, is by realizing that any sensory aspect, will produce all the other ones automatically. For example, you can taste a color, smell it, hear it, and get a mental image of a form and texture associate with the color. Likewise, the same color produces a psychological effect by making you feel a certain way or putting you in a distinct mood when seeing it, being around it, or thinking of it. The same holds true for any of the other senses. A smell will produce a mental image, has a color associated with it, a taste, and makes you feel a certain way. Through a natural chain-of-association any sensory experience stimulates the other ones automatically. All aspects of reality contain all other aspects simultaneously as a coherent idea or impression of reality. Likewise, all sensory stimulation produces a feeling as a state-of-mind or mood. This feeling as a state, is purely invisible and has no material properties (sensory), though it can systematically “produce” a mental impression infused with or comprised of sensory properties. 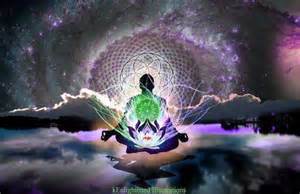 Though the material – sensory world – is dual in nature and perceived (experienced) as being a dynamic conglomeration of individual things that are all a part from each other (particles revolving around a nucleus held together as a single entity by empty space) and opposite (opposing) each other, in reality they are all a product of invisible forces or consciousness that produces them by birthing them. All reality is a formula of different qualities and properties combined to form unique patterns as ideas that are perceived as physical forms, spread out in space as a whole idea comprised of different parts, all in relationship with and contrasting each other. All interconnected as a form of hologram, where any one aspect contains within it all other aspects as a systematic unfoldment that brings into physical form an invisible idea by shaping light (photons) into sensory representations as mental concepts. We form what starts in our mind as a transparent idea into a reality as a working concept in order to conceive of it and ultimately come to understand of it. All creation comes as transparent ideas that are brought into physical reality as a conception or practical concept. All reality as we know it, is a product of the imagination that takes a feeling (vibration), fixates on it internally, and allows it to spontaneously unfold in the mind as a living form or reality. This conceptual form becomes the blueprint for producing it as an “actual” material reality. Everything that has ever become “created” began as an idea in the imagination (mind’s eye).

Through this same process, we can conceive of the consciousness infused in or inhabiting an object or material form. Consciousness itself exists a part from and independent of the material form, and has the natural ability to pass through and enter a form, inhabiting it, and expressing through it. The form is the vibratory equivalent of the energy that’s capable of using it as a vehicle for expression, and possesses the same qualities as physical attributes. Consciousness, as vibration, is magnetized into matter through resonance, and becomes the “life” of the form in essence, as its internal nature, personality, and natural behaviors it takes on and processes it systematically engages in. Normal material forms of lower consciousness, that don’t have any creative ability, simply act as a receptor for absorbing the consciousness around it. It acts as a carrier for/of consciousness, which acts to impregnate it. Matter is the passive aspect of consciousness, and spirit (life-force) is the active component. The active force of the same nature (vibration) enters into matter (sympathetic induction) as the passive component and alters it to form joint consciousness as a modified vibration (coherence). 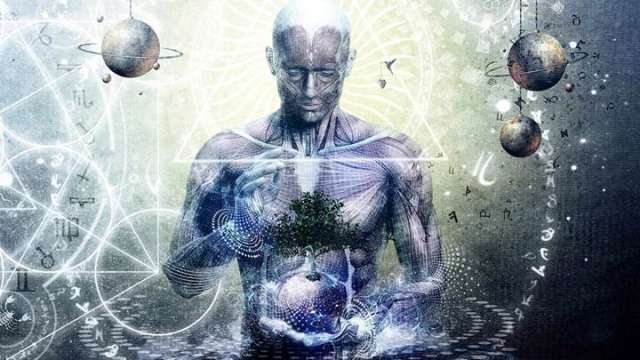 This energy that emanates from material objects as the consciousness infused in it (bonded with it), can be sensed as a feeling. If we simply focus on the feeling it gives us internally, with an open mind that’s not controlling it, a mental impression forms as an idea that has sensory properties – a form, texture or quality, sound, color, smell, taste, and so on – that reveals it’s true inner nature or energetic potential. All this takes place in the mind’s eye as an imaginary process of consciousness forming a living pattern as an idea out of light (astral substance). This imaginary idea comes in its transparent state as a mental impression. This metal impression shows us the “inner nature” or quality of consciousness inhabiting the form, or that the form is acting as a vehicle for.

The way to tell the difference between true intuition as an inner knowing and your own imagined idea about something, is to create an open and unbiased mind that’s free from all personal reaction as a judgment or opinion about it, and allow the process to take place from a completely neutral state. By allowing a feeling to enter into us without an intention or direct connection to it, and no need whatsoever to control or interpret it to make it mean something, and we allow it instead to reveal itself to us “as it is”, a part from us, we can perceive the nature of it in very accurate terms. Again, once we start reacting to it in any way, or trying to decide what it means, we corrupt it and modify it to our own means. This is one of the reason why releasing the tendency to judge everything or perceive it through our judgment of it is so important. As long as we’re judging, we’re unable to see the true nature of things, and instead only see our judgments about it. The idea inherent in the judgment takes control of our imagination and forms the idea that corresponds to the judgment instead. Our mind has the direct ability to shape sensory reality to match our beliefs about it. We only see in things outside of us the same ideas we nourish and give life to inside of us. In order to perceive things as they truly are, we have to cultivate a neutral and non-opinionated mind. We have to relinquish all need to control and therefore determine by our natural ability to willfully shape things.

Please leave a comment on this page post, reach me through my contact page, or book NOW your life transforming 1 hour introduction consulting session to learn how to apply higher knowledge to your everyday life in order to consciously self-create!  Schedule Consultation

Enjoyed this post, pick my brain some more . . . join our bi-weekly newsletter & learn about personal transformation